The site is closely followed by players, the front office and professional sports writers. 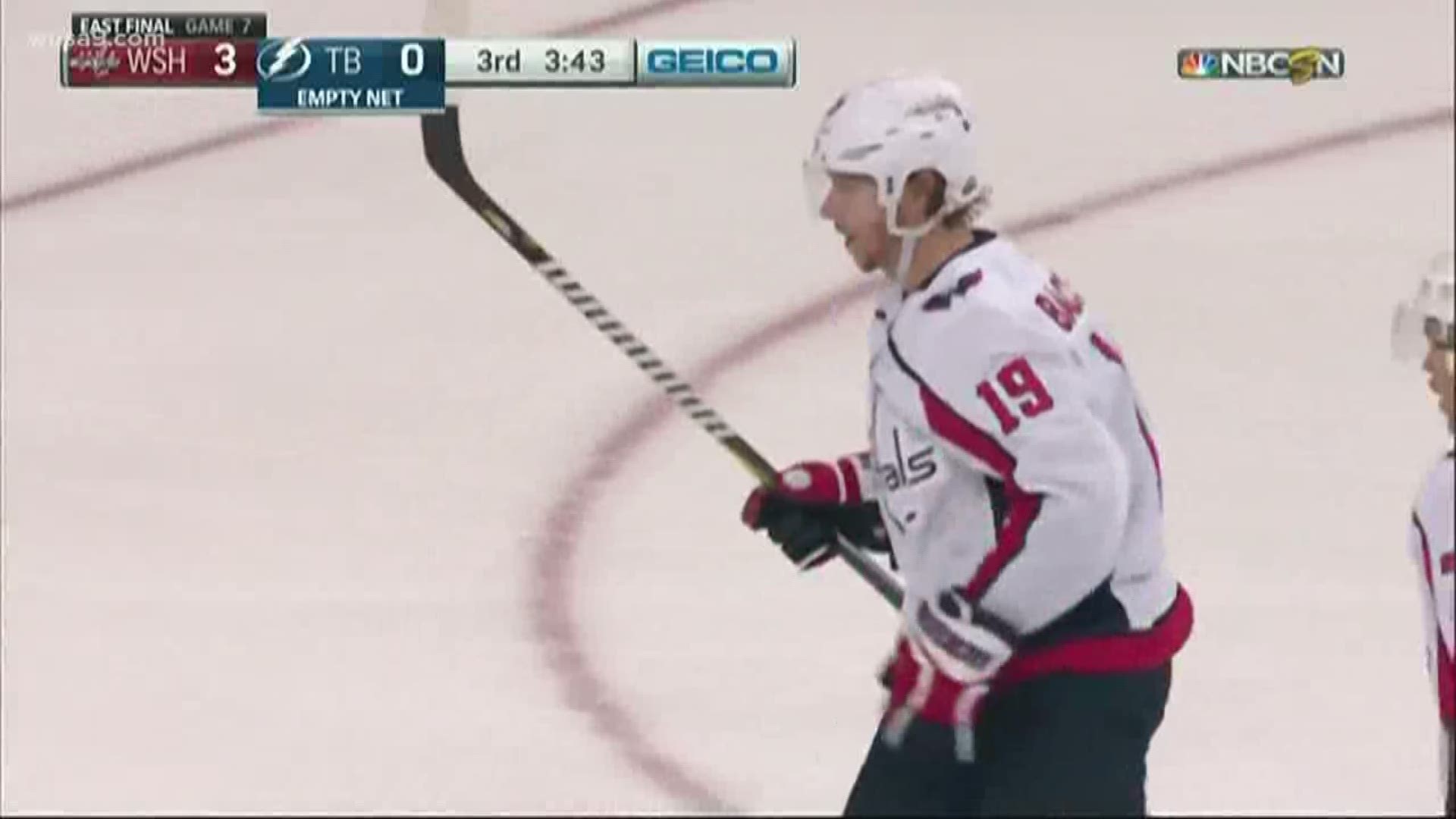 FREDERICK, MD -- By day, Ian Oland is a 32-year-old dad who works as a web designer.

By night, he's a rabid Capitals fan who's works from his "man-cave" basement in Frederick, Md. with other citizen journalists to create an online fan community that's become a phenomena.

"Since the beginning of May we've had 2.6 million page views," Oland marveled while recovering on Thursday from the Caps win over Tampa Bay that sealed Washington's trip to the Stanley Cup final.

The name refers to star Alex Ovechkin's famous quote made when he brushed off an injury in practice. "Russian Machine Never Breaks" quickly became the team's unofficial motto.

"Our mission statement is to make hockey as fun to read about as it is to watch," Oland said on Thursday.

Oland rarely attends games. Instead, he experiences them like most fans do, by watching them on the big screen in his basement wearing socks, shorts and a tee shirt, with lots of interruptions from his kids. The effect in RMNB's online coverage is authentic.

But Oland bristles when RMNB is described as a fan page.

"We find it insulting when someone calls this a fan blog because we think its so much more than than," Oland said.

The RMNB team is serious about sports journalism. The site is closely followed by players, the front office and professional sports writers. Contributors like writer Chris Gordon have become contributors to major publications like the New York Times and Wall Street Journal. Some have graduated to major sportswriting jobs.

Oland is a lifelong fan who went to high school in Frederick with Hassett.

The last time the Caps went to the Stanley Cup final, Oland was 13. He recalls his dad wouldn't take him to a late-night fan celebration at the Piney Orchard hockey complex because he had school the next day.

This time Oland finished posting game highlights to RMNB and immediately drove from his home in Frederick to Dulles Airport to meet the team arriving from Tampa Bay on a charter at about 2:30 a.m.

Ovechkin posed for a Twitter photo with Oland in the wee hours of the morning.

"This is just so meaningful to me," Oland said in his basement Thursday afternoon. "I was just really, really happy for them."