Redskins sign a Moss who's ready to show his talents, step outside father's legacy

Thaddeus Moss signed a deal with the Washington Redskins after not being taken in the 2020 NFL Draft, but he's ready to make the most of his opportunity. 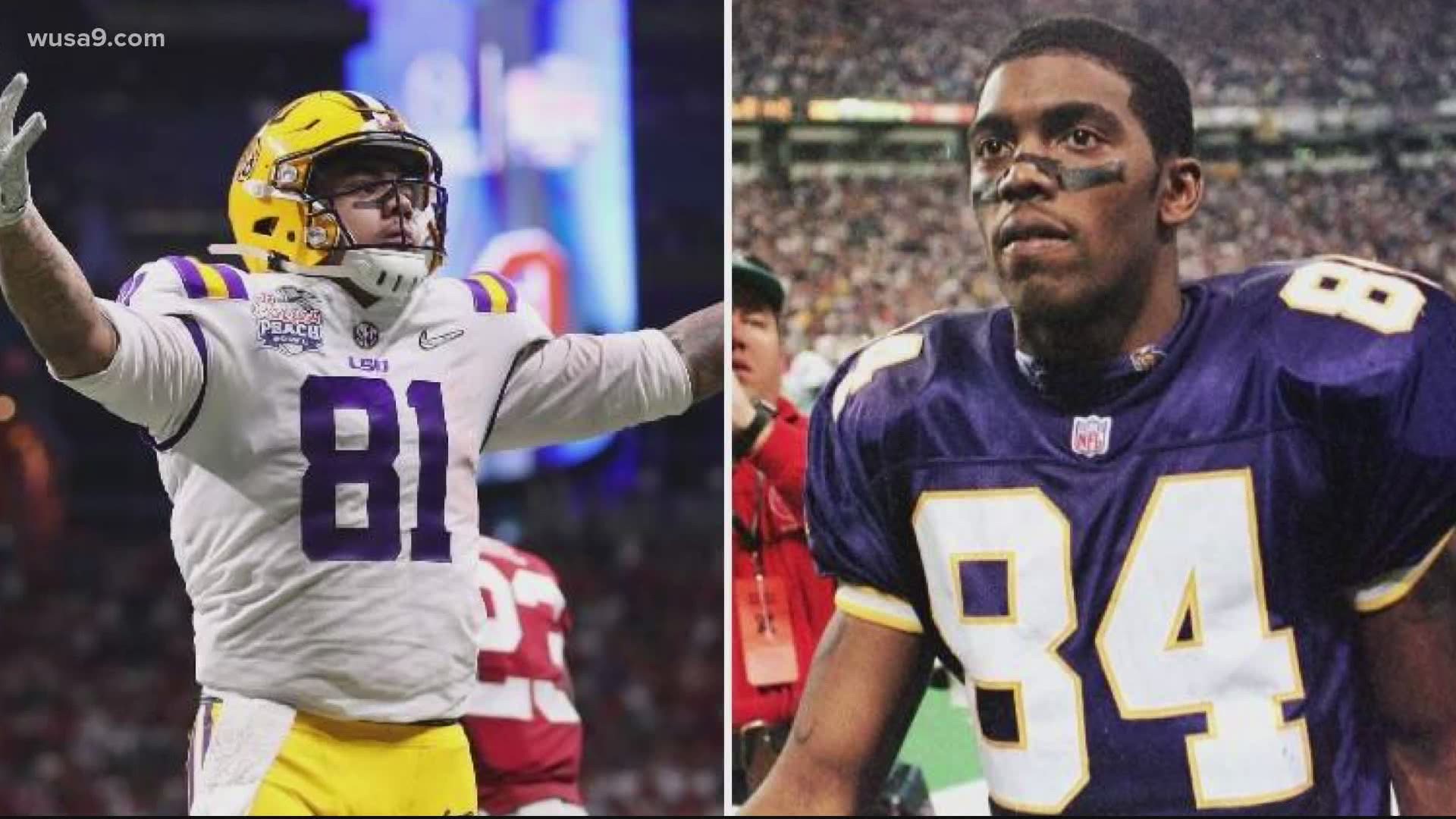 WASHINGTON — You might know Randy Moss. He's an NFL Hall of Famer, who is one of the greatest to play the wide-receiver position.

But his son, Thaddeus, who just came off of helping LSU win a national championship last season as a tight end, has signed a deal with the Washington Redskins as an undrafted free agent.

The younger Moss said he chose the Redskins over the New England Patriots and Cincinnati Bengals. Why? Because they called first he said.

It's not easy being in the shadows of a parent who is one of the best to play a sport. Michael Jordan even said he wouldn't want to be his kids during a hall of fame speech. There is pressure — it's not something many people can put themselves in the position to comprehend.

Thaddeus in his interview with WUSA9's Darren Haynes expressed that the comparisons are frustrating, and is now ready to prove he has a lot to offer Washington.

The 22-year-old Moss played three seasons in college between N.C. State and LSU. He also had one more year of eligibility left but decided to enter the draft back in January.

Moss will not be the only LSU that is one the Redskins. He will join former Tigers running back Derrius Guice and tackle Saahdiq Charles.

RELATED: It's not just coronavirus: how the weather could factor into the return of sports and fans

RELATED: Michael Jordan as a teammate with the Washington Wizards