Known for his experience as a salary cap guru and negotiator, Eric Schaffer will be leaving the Washington Redskins. 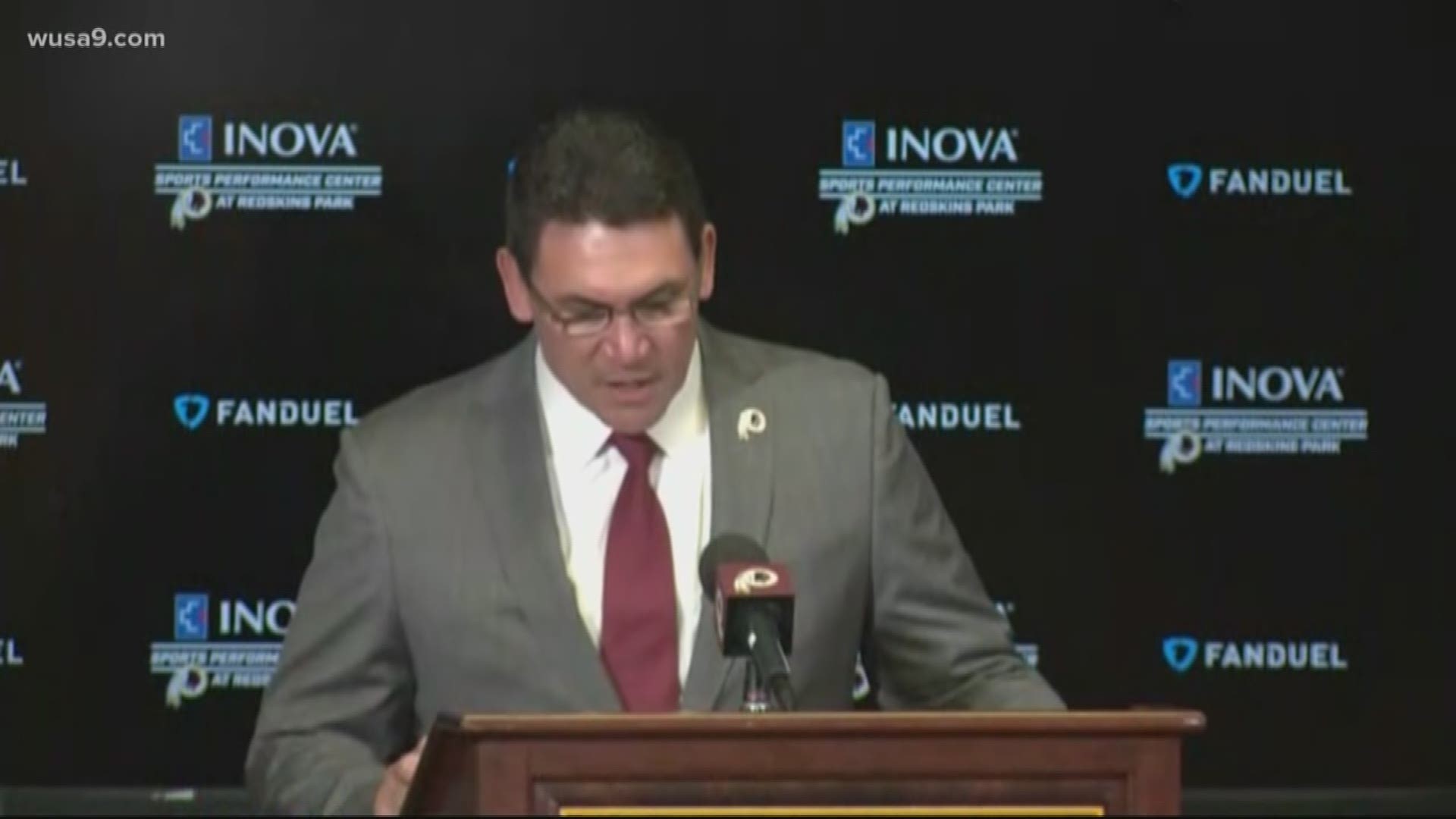 LOUDOUN COUNTY, Va. — Known for his negotiating skills and ability to work with salary caps, Eric Schaffer will no longer be working with the Washington Redskins after both sides decided to part ways on Thursday.

Schaffer worked with the Redskins for over 17 years and was a major player in contract negotiations, including the high-profile decision that went along with Kirk Cousins eventually exit from Washington due to the limitations on what the team offered him.

“I want to thank Eric Schaffer for his work and contributions over the past 17 years. He was dedicated to the team and the organization and we wish him all the best,” said Washington Redskins Owner Dan Snyder.

Schaffer worked closely with both former team president Bruce Allen and owner Dan Synder, speaking about his affection and good times with the team in a statement.

“I want to express my sincere gratitude to Dan Snyder for bringing me into the NFL and allowing me to be a Washington Redskin for the past 17 seasons. It was a privilege serving this historic franchise as both Senior Vice President of Football Operations and General Counsel and a blessing to have worked with so many incredible people,” said Schaffer. “While I will miss the players, my friends, colleagues, and the tremendous Washington Redskins' fans, my family and I are excited for our next chapter.”

Schaffer graduated from the University of Michigan, where he got both his bachelor's degree and a law degree. He served as the Redskins general counsel when he was with Washington and helped the team overcome a $36 million cap penalty in 2012.

You can learn more about his time with the Redskins here.

The Redskins have been busy in recent weeks after firing former Redskins Team President Bruce Allen after its loss to the Dallas Cowboys to finish the regular season.

Another announcement this week was that former Redskins quarterback Doug Williams would move into a position with the team as Senior Vice President of Player Development. He will report to Ron Rivera, which may be part of the head coach centered concept that was mentioned by him and Dan Snyder during his initial news conference.