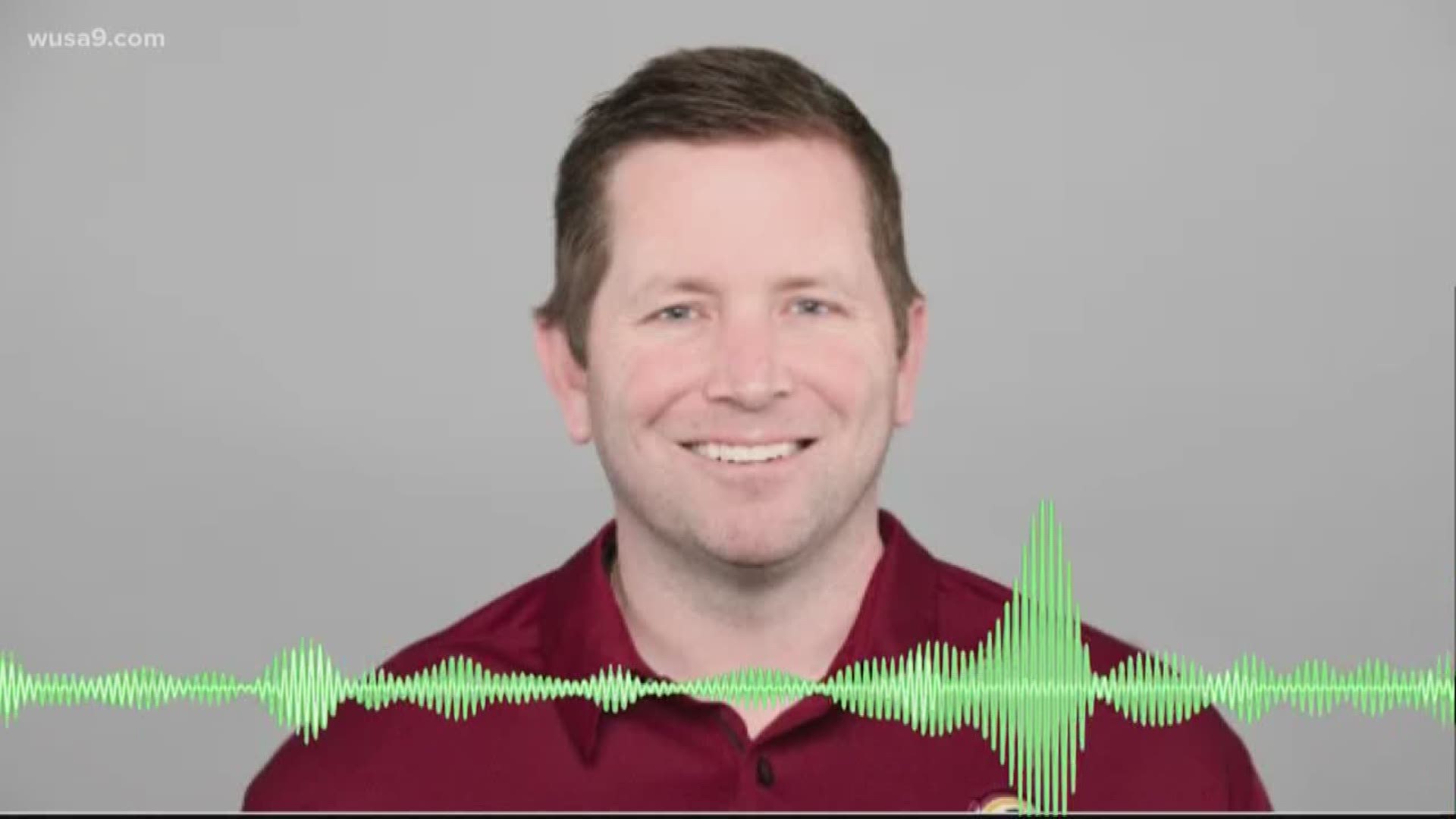 WASHINGTON — Sometimes you just have to let the music take over.

While it's not known how it exactly happened, the song "Hold You Tight" by Tara Kemp interrupted Washington Redskins' new offensive coordinator Scott Turner, who was explaining some of what he plans to do with the team's offense in the new season.

"Yeah, what was that," said Turner while the music started playing, followed by multiple laughs from media and communication professionals on the call.

While Tara Kemp's single may have come out nearly three-decades ago in 1991-- which did go top ten that year along with her other single "Piece of my Heart" -- the Redskins are hoping that Scott Turner's offense will bring some success to Washington, and maybe in the process, bring a Super Bowl championship back to the franchise for the first time since 1992.

Turner is not new to the Redskins, his dad, Norv Turner was a coach for the team from 1994 to 2000 -- and Scott himself has picked up a lot from his father, working with him during stints with the Carolina Panthers, Minnesota Vikings and Cleveland Browns between 2013 and 2019.

The Redskins have solidified a variety of coaching positions since the firing of its President of Football Operations Bruce Allen and its interim head coach Bill Callahan.

Will them team has hired its new head coach Ron Rivera, and top coordinators Jack Del Rio and Turner, it's still waiting until after the 2020 NFL Draft to hire a general manager.

Both Snyder and Rivera in his press conference talked about having a head coach centered team, referencing Bill Belichick and the Patriots as an example.

While there is still a lot to know about this 2020 Redskins team, 90s R&B songs will certainly not be its focal point.