Rivera coached the Panthers through four playoff appearances, including a Super Bowl loss. 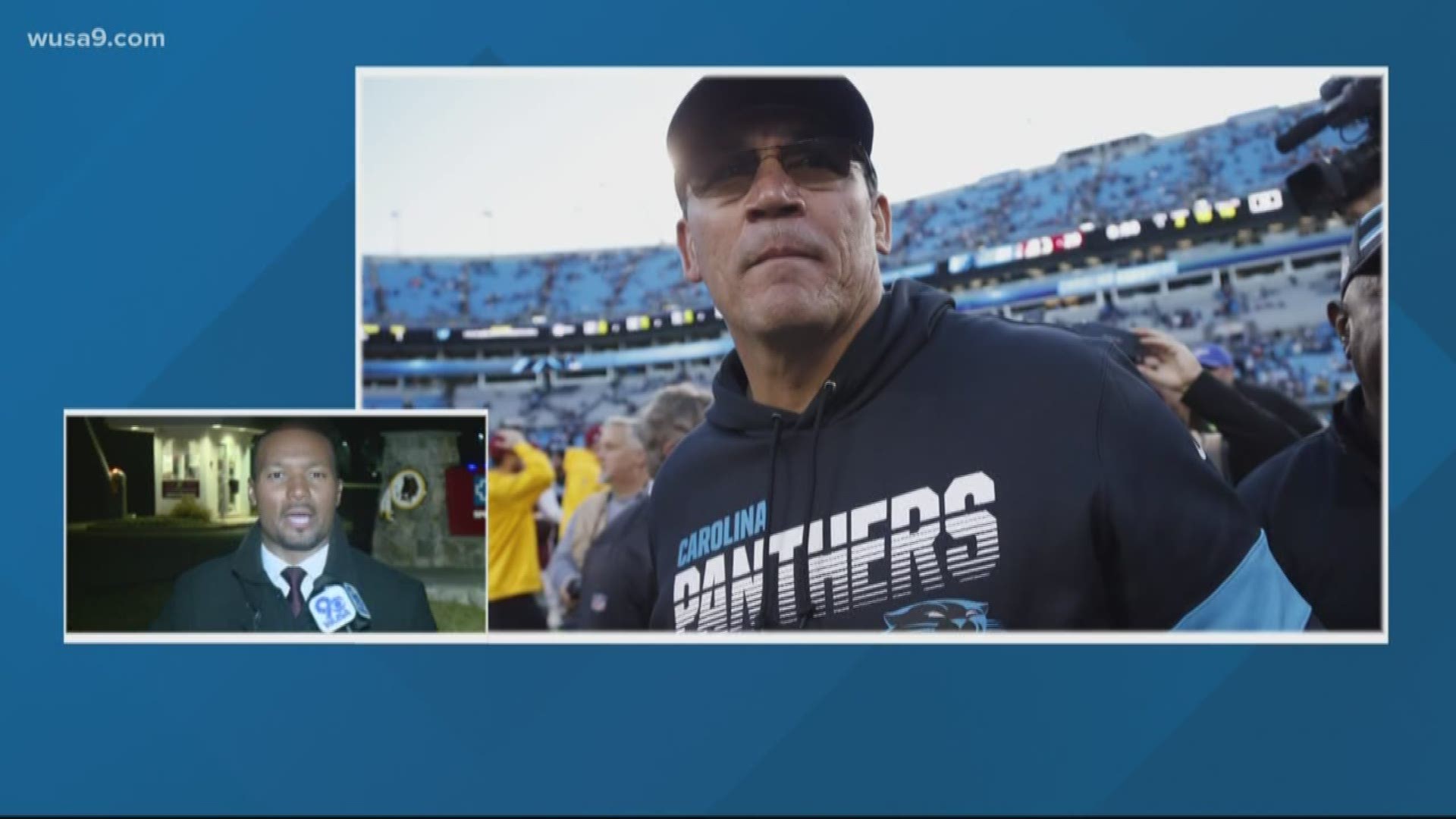 WASHINGTON — After finishing the season 3-13 for the third time in franchise history, the Redskins are putting the past behind them and looking to the future. Former Carolina Panthers Coach Ron Rivera is scheduled to meet with Redskins leadership to discuss a head coaching position, according to the Washington Post.

Rivera was fired by the Panthers on Dec. 3, with a 5-7 record. In his nine seasons with the team, the Panthers made the playoffs four times and made a Super Bowl appearance in 2015, where they lost to the Broncos.

Bill Callahan has been acting as interim head coach since Oct. 7, when Jay Gruden was fired after an 0-5 start -- the team's worst record in 18 years.

"Through the first five games of the 2019 season, the team has clearly not performed up to expectations, and we all share in that responsibility," the team said in a statement. "Moving forward, we are committed to doing all that we can collectively as an organization to turn things around and give our Redskins fans and alumni a team they can be proud of in 2019 and beyond."

RELATED: Skins' Haskins out for last game of season after suffering a high-ankle sprain