He watched the ceremony with his family at a bowling alley in Maryland. 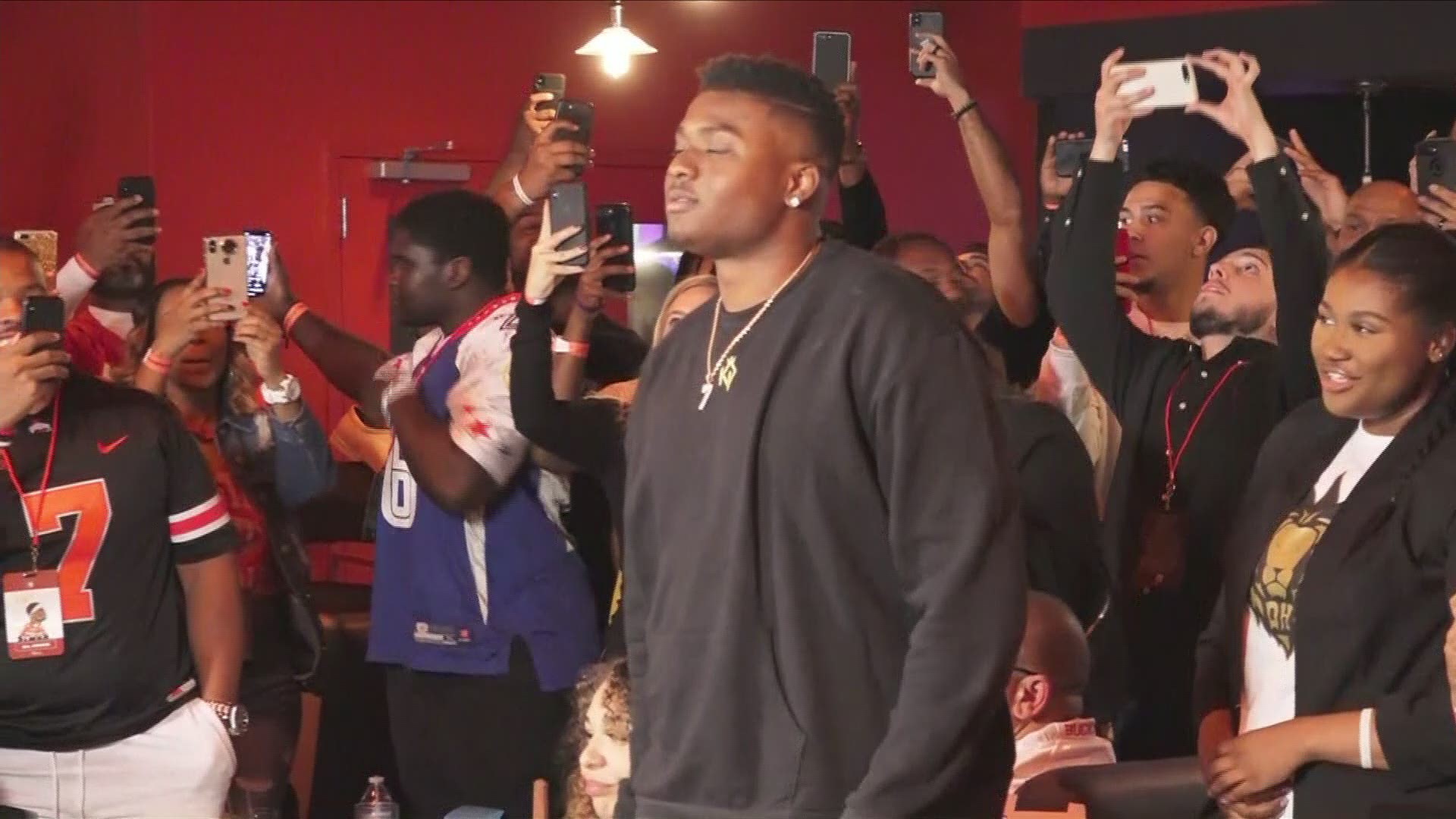 Haskins, who finished third in 2018 Heisman Trophy voting, did not attend the draft in Nashville, Tennessee, instead choosing to watch the ceremony on TV at a bowling alley in Maryland with his family.

The former Buckeye dropped to Washington at No. 15 after the New York Giants and Denver Broncos – his two other most likely suitors – passed on him with the sixth and 10th picks respectively. The Giants selected Duke quarterback Daniel Jones while the Broncos traded their pick to the Pittsburgh Steelers.

Haskins will likely be in the running to be the Redskins’ opening day starter next season, along with former Bronco Case Keenum, who Washington acquired this off season. Alex Smith, Washington’s anticipated starter of the future, was lost for the season in a Week 11 loss to the Houston Texans last year and it is unclear whether or not he will be ready to play come September.

The 6-foot-3, 231-pound Haskins posted a 5.04-second 40-yard dash time and 28.5-inch vertical jump at the NFL Combine in Indianapolis. He has been assessed a 6.20 prospect grade by NFL.com, which projects him to become an “instant starter.”

The quarterback played two seasons for Ohio State, backing up J.T. Barrett in 2017 before taking over the starting role last season. As a redshirt junior in 2018, Haskins led the Buckeyes to 13-1 season that culminated with a Rose Bowl victory over Washington. He threw 50 touchdowns and only eight interceptions. Throughout his college career, Haskins appeared in 22 games, threw 54 touchdowns and nine interceptions and posted a 70 percent completion percentage.

Haskins was the third quarterback selected in the draft, behind Jones and Heisman-winner Kyler Murray, who was selected first overall by the Arizona Cardinals.