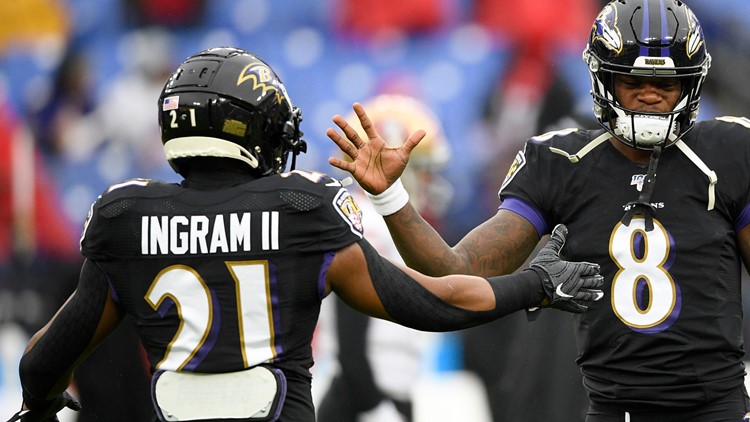 BALTIMORE — The Baltimore Ravens will have running back Mark Ingram and tight end Mark Jackson after both players were questionable to play all week.

Ingram had a nagging calf injury, while Andrews had an ankle injury. Both will be great additions to the lineup for the Ravens when they take on the Tennesee Titans on Saturday at 8:15 p.m.

Along with great on the field play this year, Mark Ingram has been an emotional boost at times for his team and has been humorous with his antics at news conferences with the media. This includes his use of the team's catchphrase "Big Truss."

While they are no longer in the same division, both Tennesse and Baltimore will renew a rivalry that has seen some great matchups.

The Ravens will host the Titans on Saturday, and both teams have played three times in the playoffs -- most recently in 2009. They played last in the regular season in 2018.

The Ravens and Titans were at times two of the best teams in the National Football League when they were in the same division. The Titans would make the Super Bowl in 2000, while the Ravens won the Super Bowl in 2001. Baltimore would actually beat Tennessee in 2001 to advance towards its eventual title run.