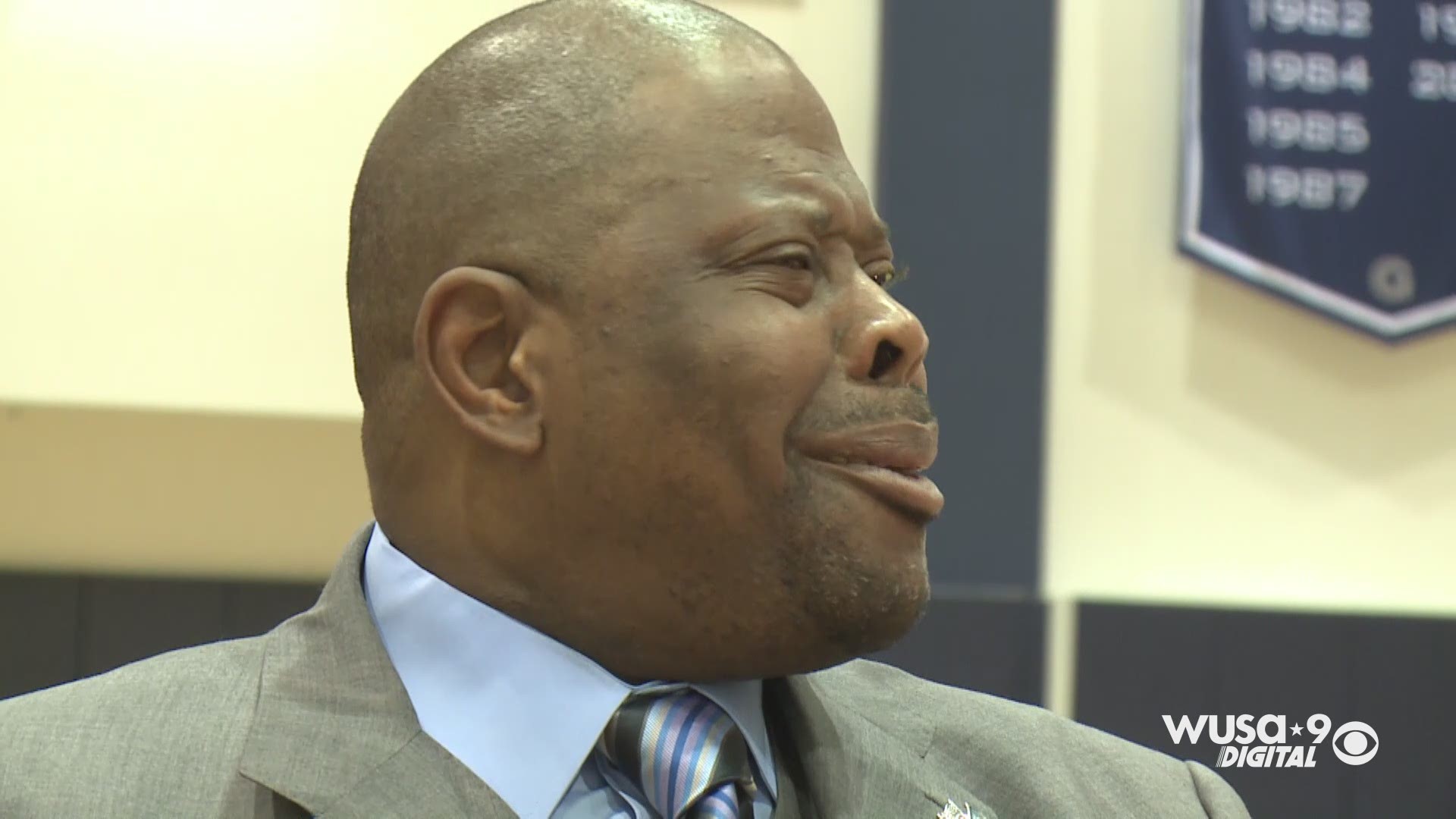 Ewing, who should not only be recognizable for his height and history, but also for his involvement as the current head coach of a basketball program in attendance at MSG, said his experience in the New York City arena this time around was "terrible."

He said that MSG staff appeared not to recognize him and stopped him multiple times, asking to see his passes.

“I thought this was my building and I feel terrible that I was getting stopped, accosted, asking for passes. Everyone in this building should know who the hell I am,” the legend said at the Big East press conference on Thursday.

The 11-time NBA All Star played for Georgetown before being first pick overall in the 1985 NBA draft. He played on the Knicks from 1985 to 2000.

In a statement to CBS News, an MSG Entertainment spokesman said: "Jim and Patrick have a long-standing relationship; they spoke this afternoon and reaffirmed that. We all know, respect and appreciate what he means to The Garden and New York. Good luck to him and his Hoyas in the Big East semi-finals."

Patrick Ewing has been getting stopped in the hallways at MSG during the Big East Tournament:

"Everybody in this building should know who the hell I am. Is my number in the rafters or what?" pic.twitter.com/zuTgMhb9dK

The incident isn't the first of conflicts with staff and famous attendees.

Oscar-winning writer-director Spike Lee — one of the Knicks' best-known fans — criticized Dolan after getting into a disagreement with MSG personnel about which entrance to the arena he could use.

Dolan has also publicly clashed in recent years with former Knicks forward Charles Oakley, and frustrated fans have chanted “sell the team" at some games this season.

Georgetown has won two games in the Big East Tournament so far, including a major upset of Number 1-seed Villanova.