Virginia native heading to Tokyo for track and field

Trevor Stewart is one of the first members of the North Carolina A&T track team to make the Olympics since 1992. 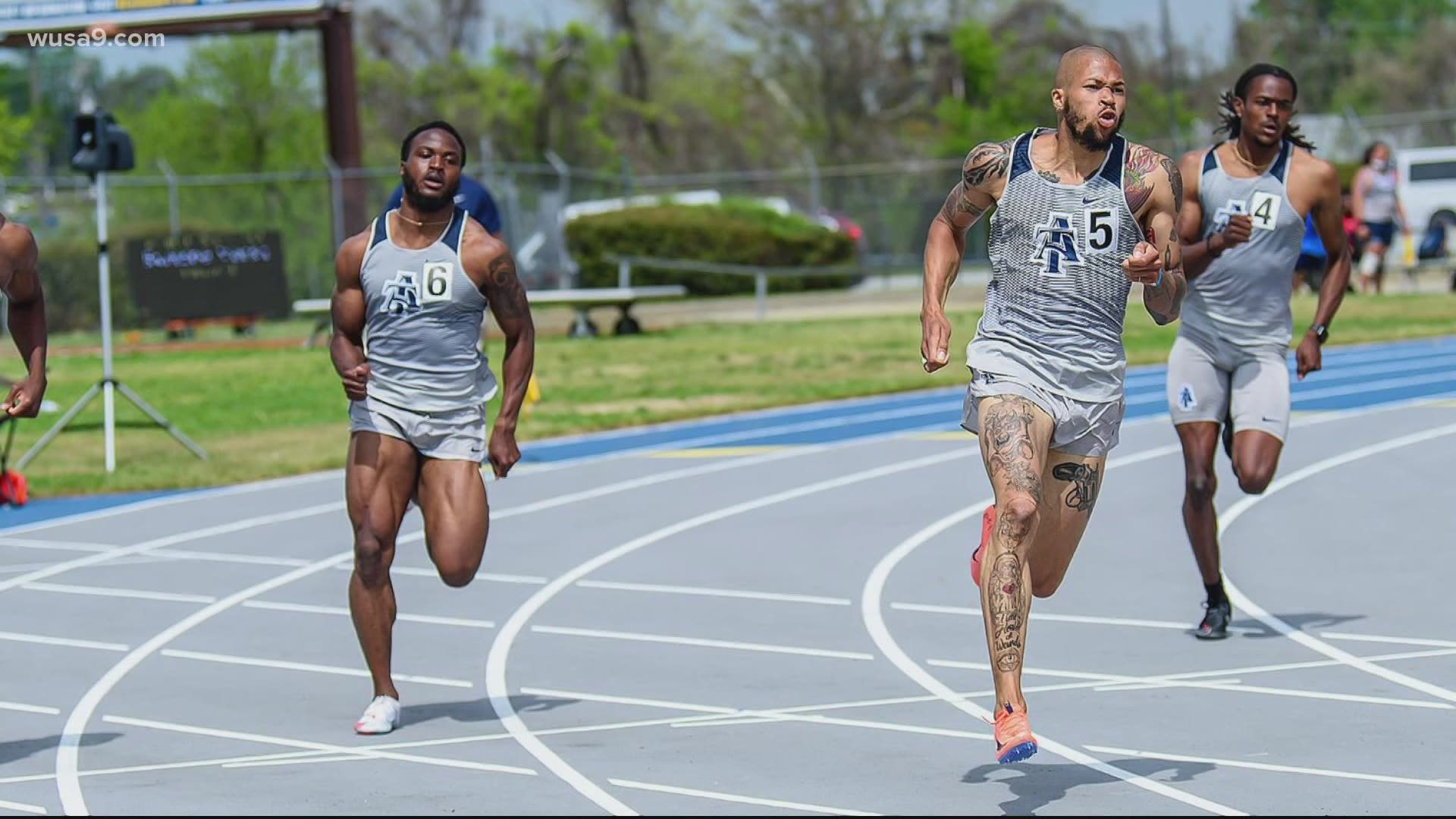 WASHINGTON — Lorton, Virginia native Trevor Stewart punched his ticket to the Olympics. Stewart finished fourth at the USA Olympic Trials in Eugene, Oregon. Stewart finished with a time of 44.90. He will also be a reserve for the 400 meters.

"I was ecstatic. I've trained so long and so hard to reach this goal" said Stewart. "Ranking that high after running the NCAA's the week prior. We didn't have any time to rest."

Stewart was a member of the North Carolina A&T's national championship 4x400 relay team. All four members of the Aggies relay team will compete in the Tokyo summer games. Randolph Ross Jr. will join Stewart after finishing third in the 400 meters trials, he'll represent the United States.

Akeem Sirleaf will run for Liberia and Daniel Stokes will compete for Mexico.

"I've never heard of any other college, let alone an HBCU has their whole relay going to the Olympics and competing against each other. This is a big deal." said Stewart.

The Aggies have their first Olympians since Troy Douglas and Ruth Morris participated in the Olympics in 1992. The quartet has run the fastest 4x400 times in the world.

The North Carolina A&T track team is lead by Duane Ross, who competed on the U.S. Olympic Team in 2004 and earned a silver medal in the 2004 Olympic Trials in the men's 110-meter hurdles.

Stewart is a graduate of South County High School and believes the local support help him get to where he is now. "having everyone in the DMV area encouraging really help" said Stewart. "There were so many people that believe in me. It feels good."

The Olympics will start on July 23 and end on August 8. When Stewart walks on the track representing the DMV and USA, he'll be ready. "It's going to really going to hit me that I've done something. I'm going to look up and see the lights. I'm going to know it's going to be time to perform."