"Unfortunately, an error was made on the uniform and it will be corrected." 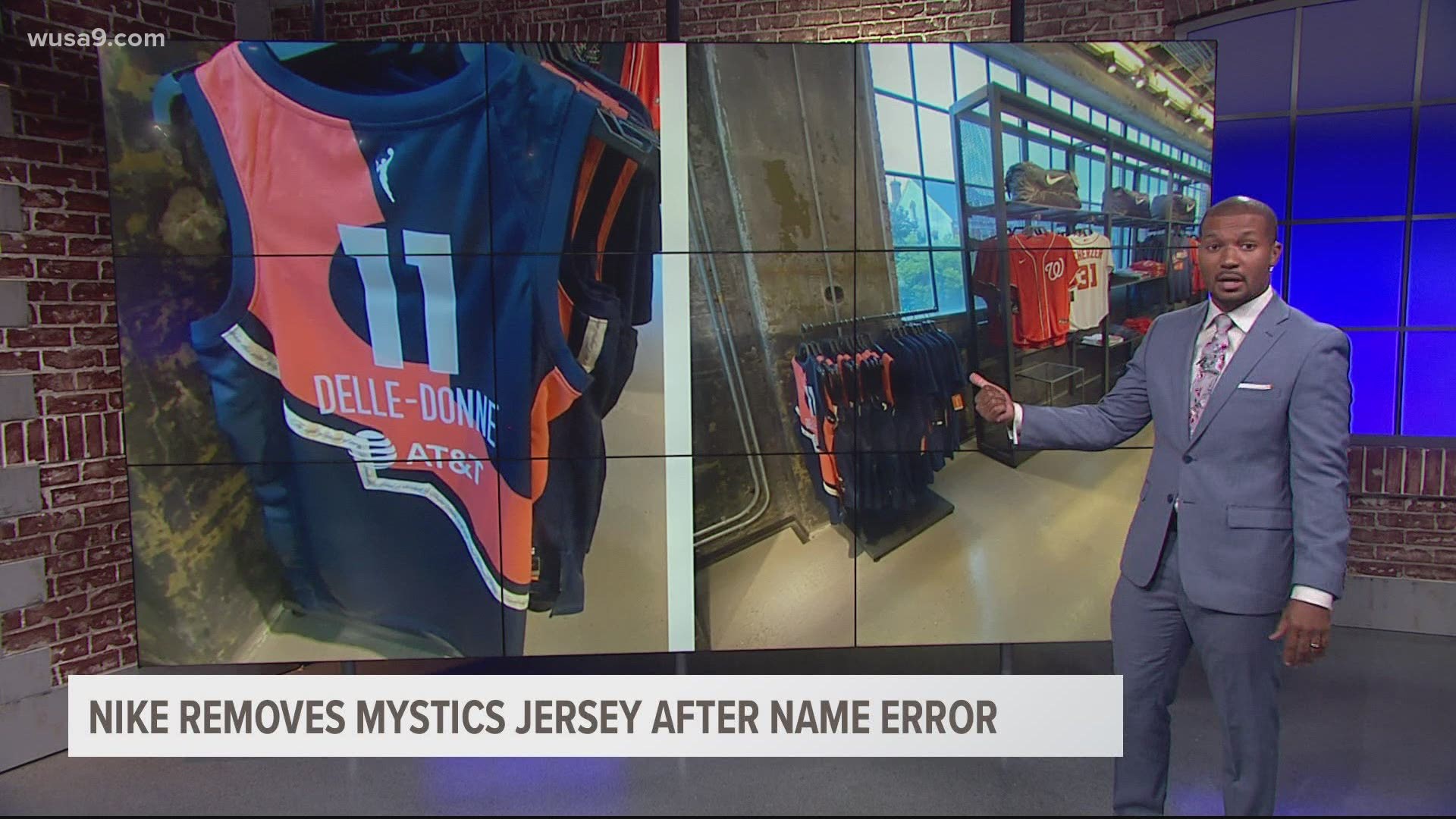 WASHINGTON — Washington Mystics star Elena Delle Donne is a two-time WNBA MVP but has had her name spelled incorrectly by NIKE in the new "RISE" jerseys being sold by the corporation at retail and sporting goods stores.

A picture posted by Winsidr Aryeh on Twitter shows Delle-Donne on the back of NIKE jerseys when it should say Delle Donne, no hyphen. It was located in the NIKE store that is located in D.C.'s Georgetown neighborhood.

NIKE admitted to the mistake in a statement to WUSA9 saying:

"Unfortunately, an error was made on the uniform and it will be corrected."

WUSA9's Darren Haynes went to the Georgetown store and saw that the jerseys had been taken down by the store after the picture was posted.

"As someone who has had the 'with or without a hyphen?' asked for my own last name, rework the jersey before selling it, please! Elena Delle Donne is a two-time league MVP, Olympic gold medalist and WNBA champion," said Scott in her tweet.

The Mystics "RiSE" jerseys are the Rebel Edition Uniform jersey that was released by the WNBA as part of three news jerseys for each team, celebrating 25 years of professional women's basketball for the league.

Heroine Edition, Explorer Edition are the other two jerseys styles that were released to each team.

In the #DistrictOfChange, we rise to the moment.