Should fighting continue to be allowed in the NHL?

Alex Ovechkin knocked out Andrei Svechnikov in a fight during Game 3. 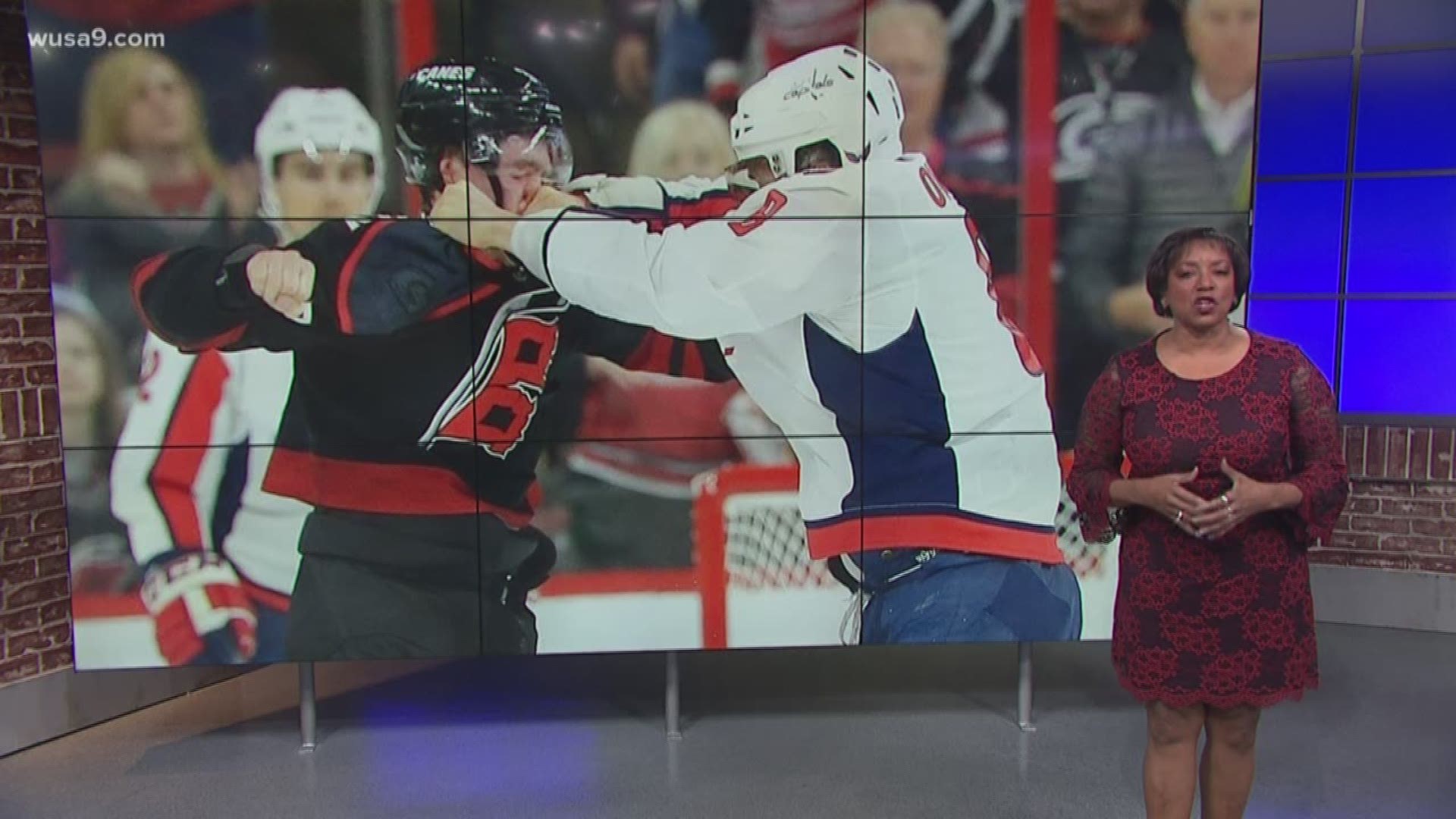 WASHINGTON - Much of the talk about Game three's Capitals playoff game centers on the fight between Alexander Ovechkin and Andrei Svechnikov.

Svechnikov, a 19-year old rookie, left the game, and was placed in the concussion protocol.

Many are blaming Ovechkin, the veteran, for the fistacuffs and Svechnikov's injury.

The criticism comes despite the fact that the fight was his first ever in the postseason, and only the fourth in his 14 year career.

But fighting in the NHL is common. In fact, at times it's almost expected.

The rules, both spoken and unspoken, leave something to be desired for many.

Players can get hefty penalties for fighting, starting with at least a five minute major.  But that's after the punching and swinging has gone on for a while.

The NFL has made several rule changes to reduce the number of diagnosed concussions in their league. According to their stats it seems to be working with concussions down 29% in 2018.

And so it begs the question: Is it time for the NHL to tighten its rules on fighting or should it remain part of the game fans love?