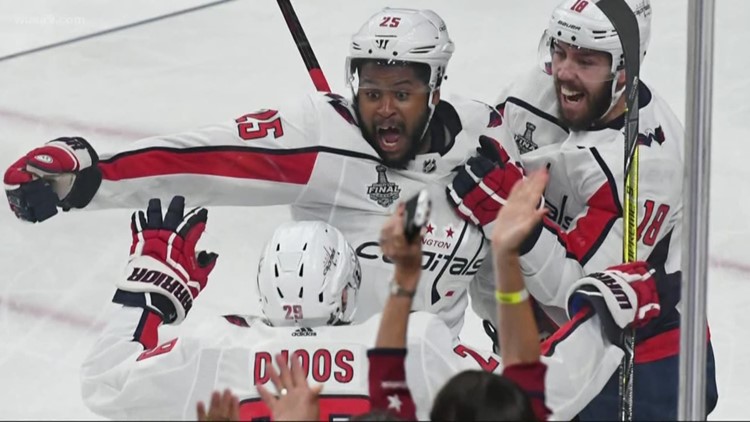 ARLINGTON, Va. — Devante Smith-Pelly is back!

The Capitals announced Friday that the team as recalled the forward from their AHL affiliate in Hershey.

Smith-Pelly’s call up comes as T.J. Oshie will likely miss extended time with an upper body injury suffered late in the third period of Game 4.

Head coach Todd Reirden met with the media Friday afternoon and said, “As of right now, he’s out indefinitely.”

Hurricanes forward Warren Foegele received a 2-minute minor penalty for his hit on Oshie, but will receive no further punishment from the NHL’s Department of Player Safety according to multiple reports.

Devante Smith-Pelly was assigned to the Hershey Bears after clearing waivers back in February.

Todd Reirden told reporters on Friday, that he expects Smith-Pelly to play in Game 5 against the Hurricanes.