Various DC celebrities were in attendance as the Capitals opened their title defense. 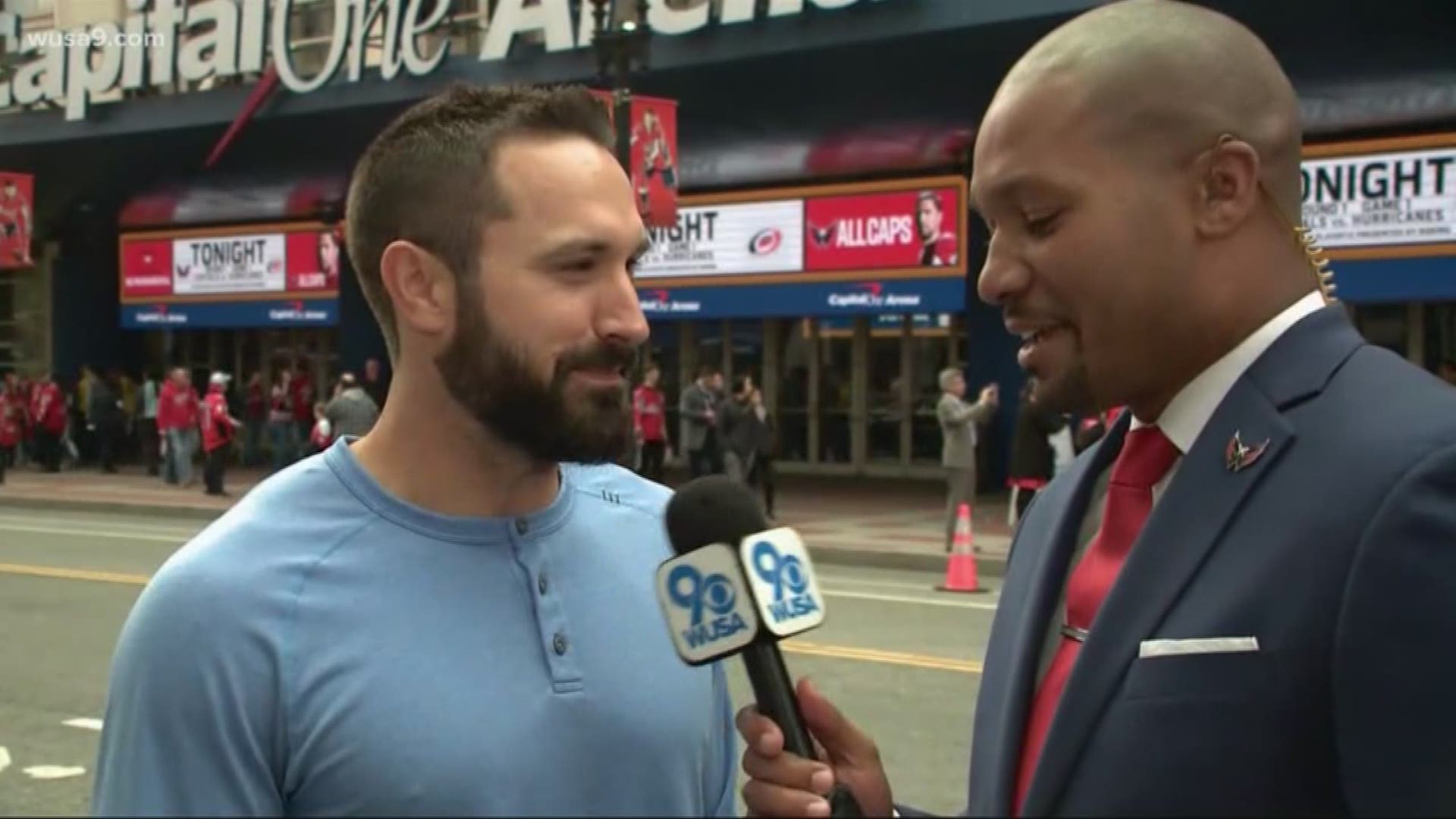 WASHINGTON — Oh it’s good to be the champs.

Thanks to the Capitals being the defending Stanley Cup champions, home playoff games at Capital One Arena are a hot ticket.

Game One was sold out with various local celebrities in attendance.

Multiple members of the Washington Nationals, including Adam Eaton, Max Scherzer, Trea Turner, and Ryan Zimmerman, were in attendance.

“I wouldn’t miss it,” said Eaton. “Any day off, or anytime we can get out here and support the Capitals, of course we’re going to do it. We’re pumped. It’s going to be a good series. I’m excited.”

The Capitals won Game One, 4-2 over the Hurricanes, which guarantees at least two more home games at Capital One Arena with sell out crowds and local celebs in attendance.