More than 9 months after winning their first Stanley Cup title, the Capitals were honored at the White House. 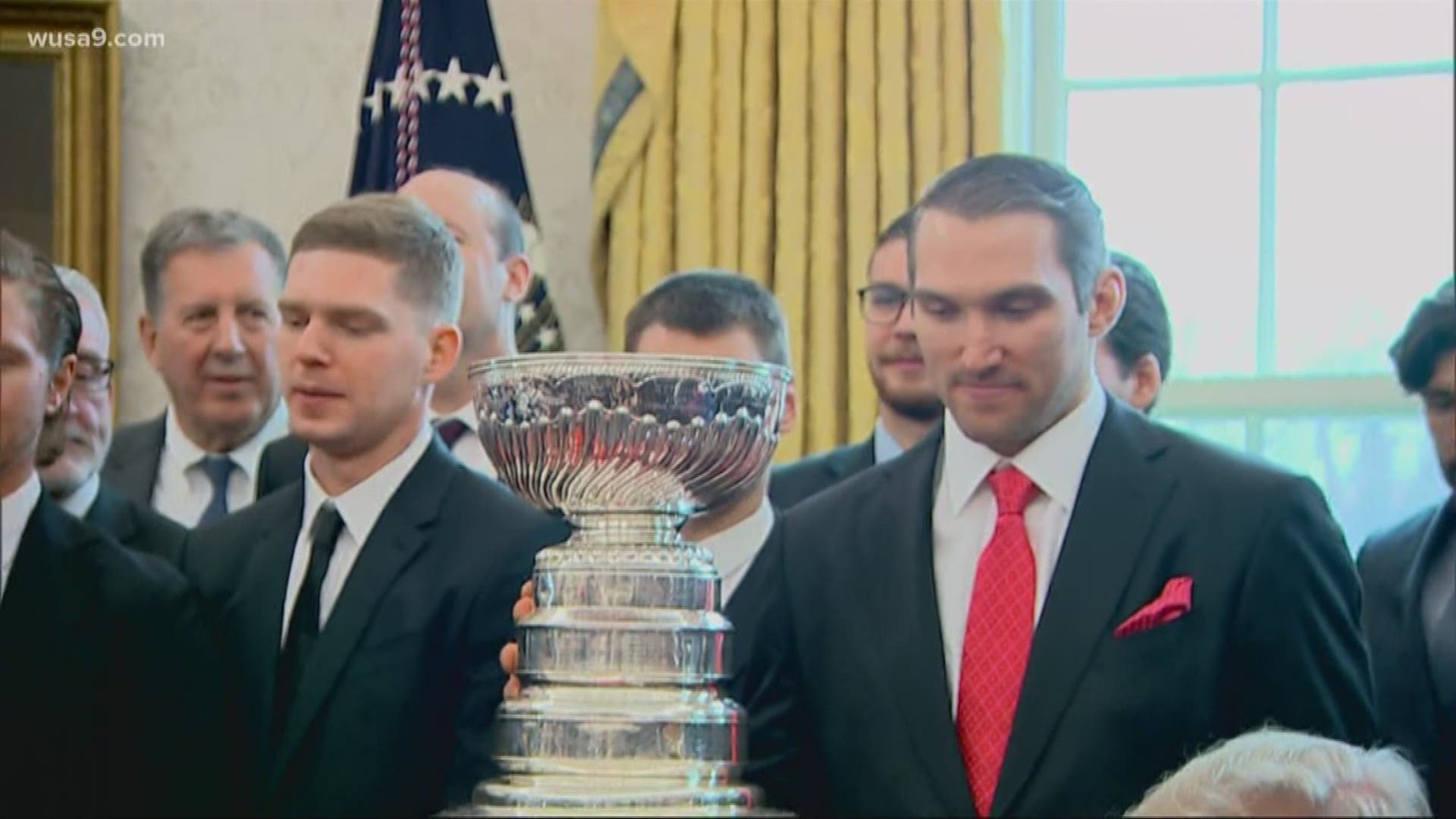 WASHINGTON — The Washington Capitals play their home games less than two miles from the White House, but it took over nine months for the 2018 Stanley Cup champions to make the trip to be honored by President Donald Trump.

291 days after the Capitals raised the franchise’s first Stanley Cup following a Game 5 victory over the Vegas Golden Knights, the team finally appeared at the White House on Monday to be recognized for their achievement.

“This is a great honor for me because I’m a hockey fan and I’m a Capitals fan,” President Trump said with Washington players surrounding him in the Oval Office.

The Capitals are the first major Washington sports franchise to visit the White House since the Super Bowl champion Redskins in April 22, 1992, almost 27 years ago.

Two players on the current Capitals roster did not attend: goaltender Braden Holtby and right winger Brett Connolly. Devante Smith-Pelly, who is currently playing for Washington’s AHL affiliate, also did not make the trip.

“For me, it’s just a personal thing,” Holtby said on Friday, regarding his decision to not attend. “I believe in what I believe in and in order to stick to those values I think I have to do what I feel is right.”

The rest of the team was joined by NHL Commissioner Gary Bettman to be honored in the Oval Office.

Under the Trump Administration, the traditional White House championship visit has become less of a certainty for title-winning teams.

Following the 2017 NBA Finals, the champion Golden State Warriors were disinvited by Trump after several players – including star guard Stephen Curry – said they would not attend the event. In 2018, the Super Bowl champion Philadelphia Eagles had their visit cancelled by the White House when only 10 players were scheduled to attend.

However, several championship-winning teams have been honored during the Trump Administration, including the previous Stanley Cup champion Pittsburgh Penguins, New England Patriots and the Clemson Tigers football team.