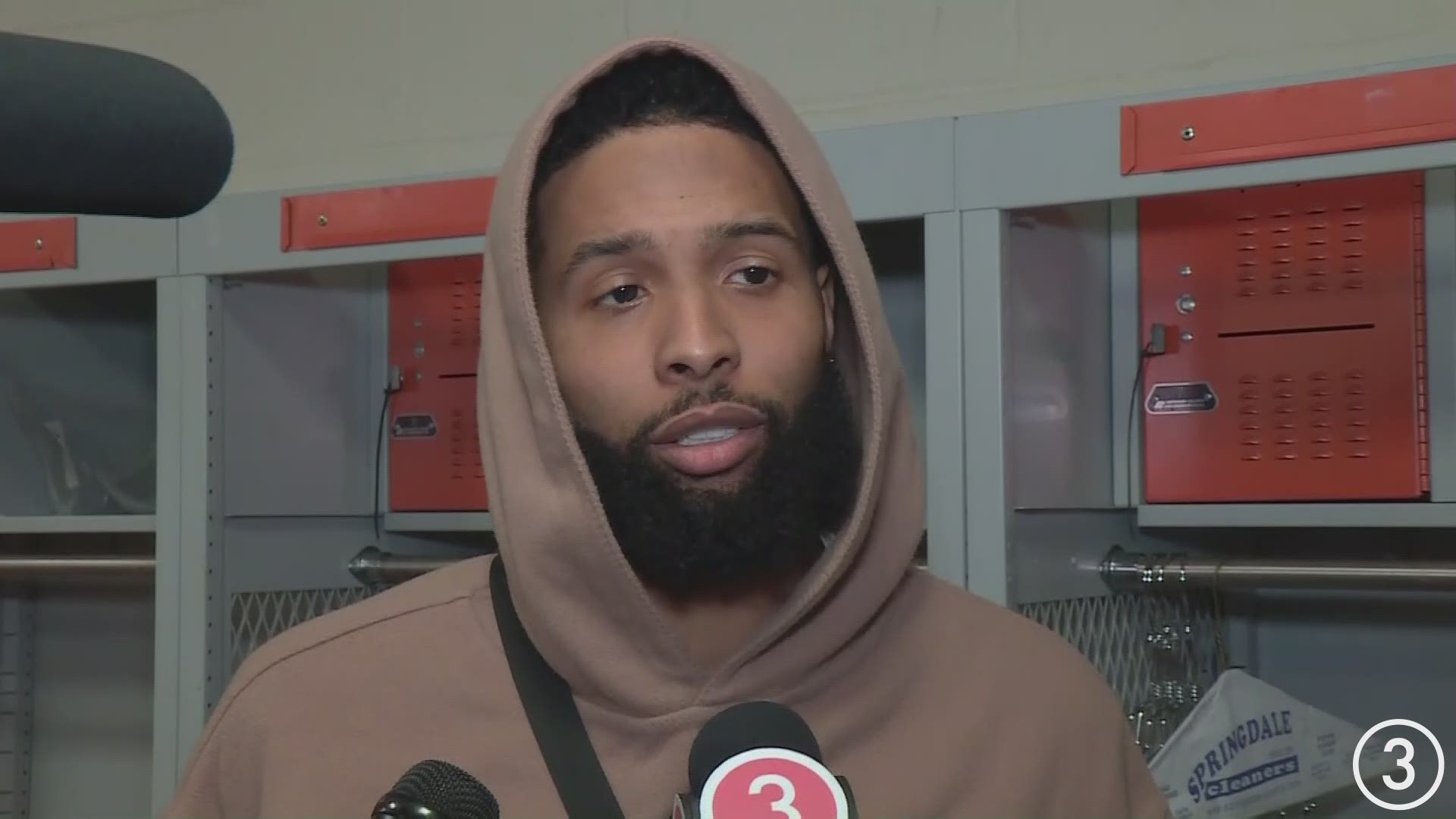 CLEVELAND — Cleveland Browns wide receiver Odell Beckham Jr. is a very proud alum of Louisiana State University, and following the Tigers’ victory over Clemson in the College Football Playoff National Championship Game Monday night, he could not contain or hold back on his excitement.

Beckham Jr. celebrated on the field with players and staff members, and then, joined the team in the locker room, where he was seen dancing and jumping around as the Tigers reveled in their 42-25 victory over Clemson at the Mercedes-Benz Superdome in New Orleans, Louisiana.

But the postgame celebration might have gotten the attention of the NCAA for the wrong reasons.

Overjoyed with the LSU victory, Beckham Jr. was seen giving a handful of cash to wide receiver Justin Jefferson after the junior wide receiver caught nine passes for 106 yards in the victory, and it was not George Washington’s picture on those bills.

Following the exchange with Jefferson, Beckham Jr. celebrated with the fans seated in the front row at the game.

Then, after the on-field displays were complete, Beckham Jr. joined the players in LSU’s locker room, where after reportedly yelling out “Ohio State’s not here,” he danced in front of the team in a scene that had social media buzzing into the early-morning hours.

Those displays were the latest shows of support from Beckham Jr., who has never forgotten where he came from and is quick to show support for the very football team he once played for in any way possible.

“This is your opportunity to leave behind a legacy and write yourself into the history books, not just as the undefeated national champions, but as legends,” Beckham Jr. wrote to the LSU players. “You’re here for a reason. Now, make it count.