After almost 100 starts over seven seasons, right tackle Morgan Moses appears to have played his final game with the Washington Football Team. 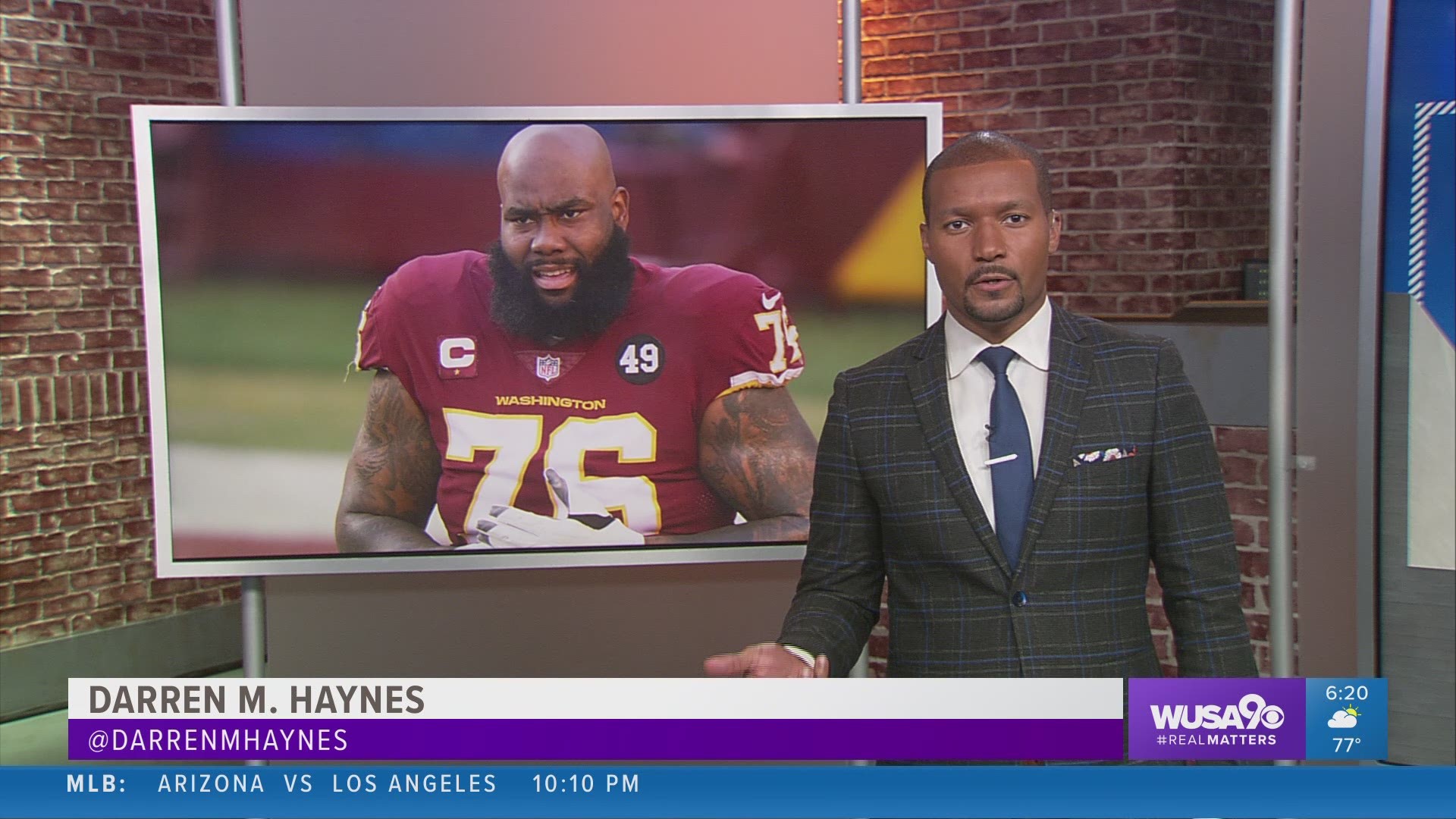 Moses has played all seven seasons of his NFL career in Washington.

According to Moses spokesperson, Morgan Moses didn't request to be traded, but rather the Washington Football Team presented the trade idea to Morgan.

Washington is also looking to move forward with their younger players and Moses is not exactly in their future plans. Washington would save $7.75 million in salary-cap space whether it trades or releases Moses, no matter if it's before or after June 1. He would count $1.9 million in dead cap room.

Moses has started 97 games in Washington and hasn't missed a game since 2014. His 18th ranked offensive tackle in the NFL last season, according to Pro Football Focus.

Moses, a 2014 third-round pick, just turned 30 years old and has two years left on his contract.

The Washington Football Team just signed left offensive tackle Charles Leno and drafted tackle Samuel Cosmi out of the University of Texas in the second round of the 2021 NFL draft.

Second-year lineman, Saahdiq Charles, can also play the tackle position. The fourth-round choice in 2020 suffered a dislocated knee cap forcing the team to place him on injured reserve.