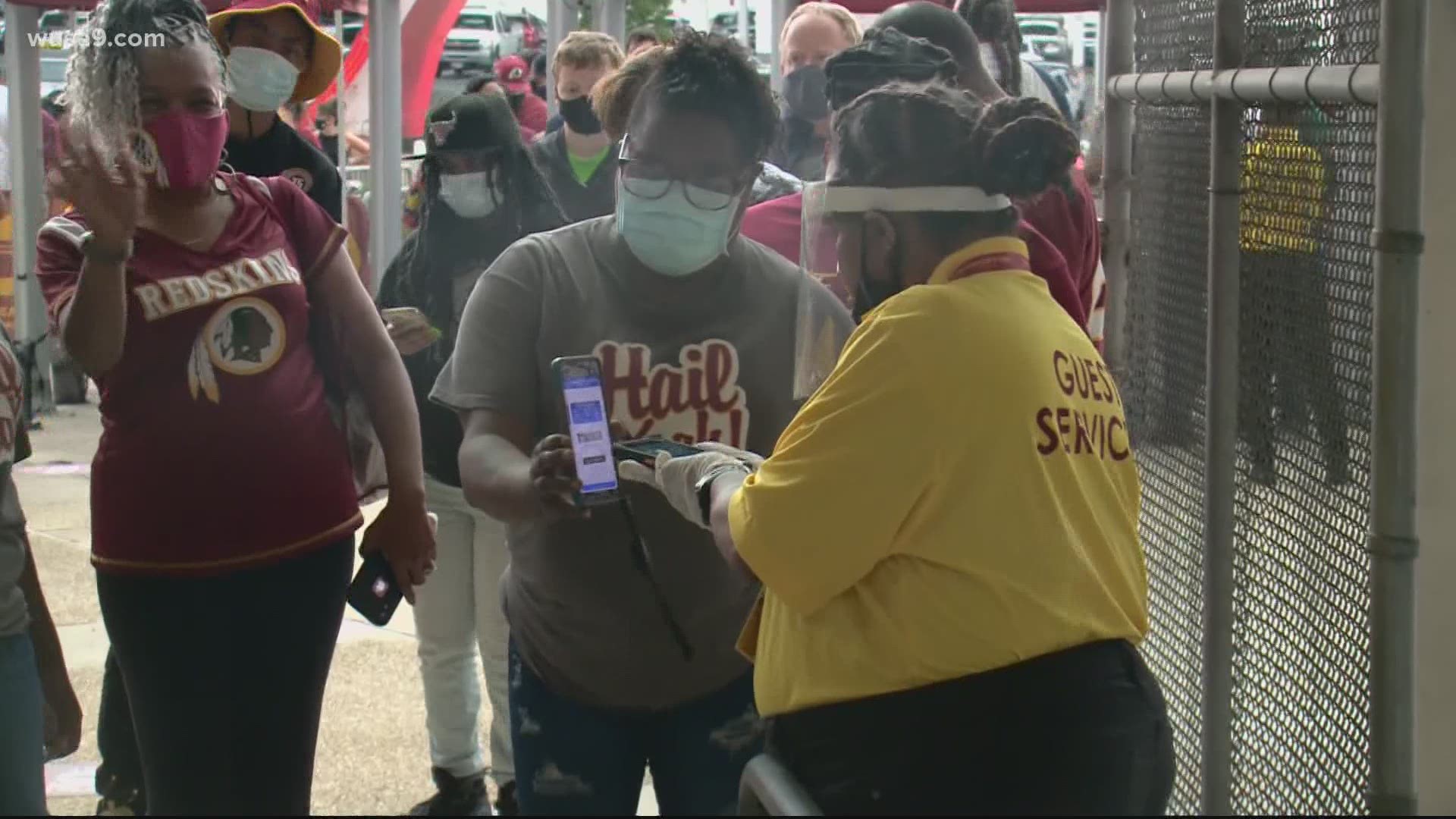 WASHINGTON — Washington Football Team fans were welcomed back to FedEx Field for the 2021 NFL Draft. 3,000 fans piled into the stadium in Landover, Maryland. Many donned their best burgundy and gold, all eager to be with other fans cheering on their team's first pick in the NFL Draft. The NFL Draft was broadcast live on the two big screens in the end zones, and throughout monitors in the concourse. On the field, fans were welcome to take pictures and enjoy live music.

He wasn't alone in his excitement. We met the Southard brothers as they were entering the stadium for the first time in more than a year. "When we were pulling up I was thinking how nice it is to just be back at the stadium. We usually try to go to a game each year, so not being able to go last year, sucked so I'm really happy to be back, " said Tyler Southard.

Excited to have our fans back home in-person at @FedExField!

Fans arrived as early as 6:30pm, and had to wait until four hours before Washington was on the clock. Then with the 19th overall pick in the 2021 NFL Draft, Washington selected Jamin Davis, the linebacker out of Kentucky, and fans at FedEx Field liked the pick.

"I think Coach Rivera, and Coach Del Rio, both former linebackers in the NFL, they know linebackers and I assume they made a good choice here. They liked what they saw, and they know what they're doing. I trust them. The team has drastically improved since those two have been in charge so I have to trust the pick and looking forward to seeing if our second ranked defense can become the top defense in the NFL," said Washington Football Team fan, Charles Harbaugh IV.

Many fans agreed that Washington was smart to pick a linebacker in the first round.

"He can play all of our LB positions. He's what you look for in a football player."