Fans from all over the world send in their picks for Washington Football's new name -- some with amazing backstories. 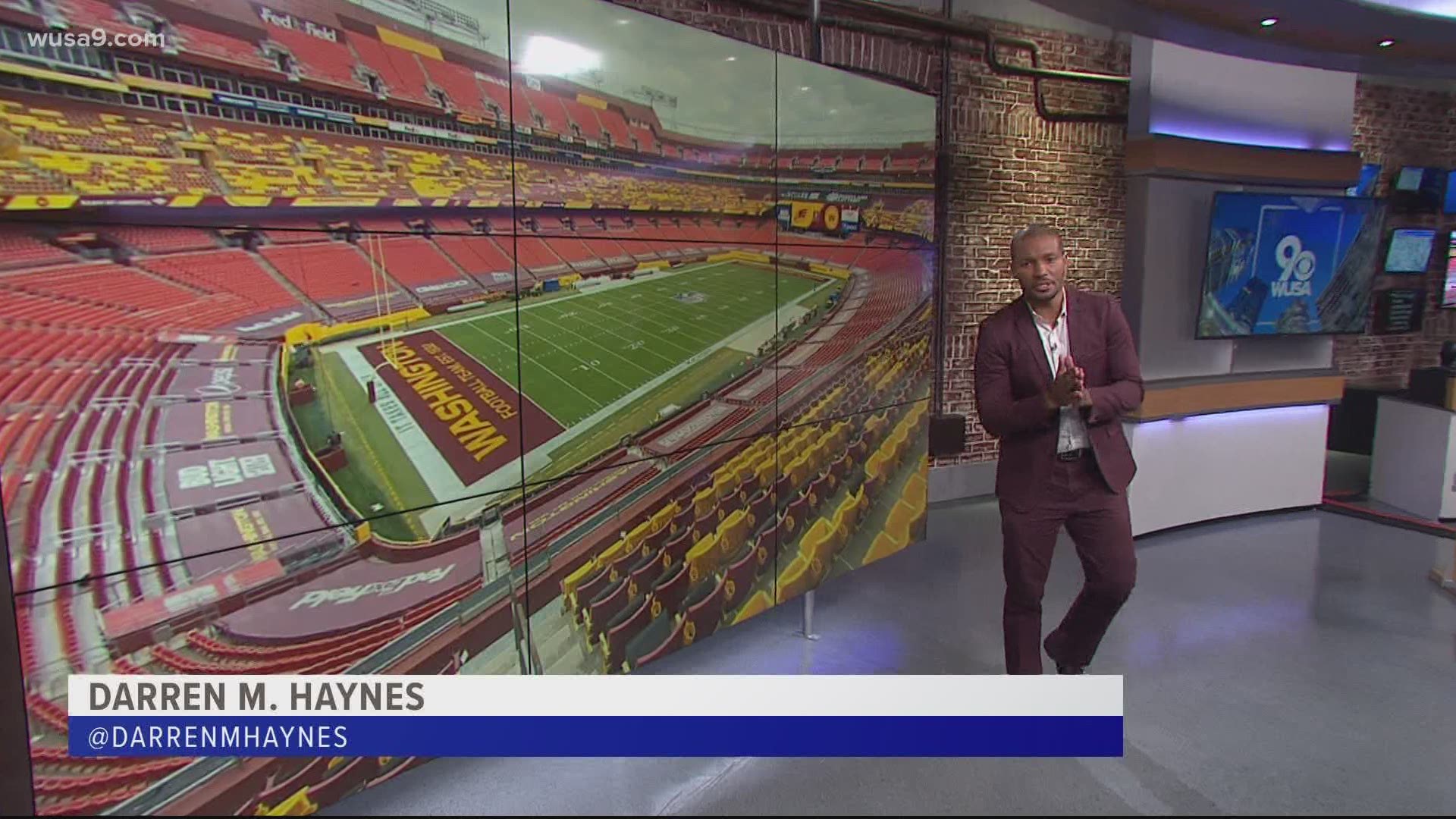 WASHINGTON — The Washington Football Team received nearly 40,000 entries from its worldwide fanbase, all hoping to pick the next name of Washington's NFL team.

The team asked for the fans' help in selecting its next name, and now they have exactly 39,783 to choose from.

“On behalf of the Washington Football Team organization and all involved in this process, thank you to the thousands of people who took the time to share their thoughts with us,” Julie Jensen, Senior Vice President, External Engagement & Communications for the Washington Football Team said. “This journey really showed that we’ve got not only some of the most passionate fans in the league but also some of the most creative.”

Ideas were submitted by fans of all ages from the D.C. area and around the world as inspiration for the organization’s rebrand efforts.

In breaking down the numbers, there were submissions from 61 countries across six continents. Five hundred and sixty were from Canada, a little more than one hundred from Mexico, even seven from Chile -- a possible family of Washington's newest tight end, Chilean native, Sammis Reyes.

There were 720 submissions from Europe -- with the majority of those coming from Great Britain. There was at least one submission from every state in the U.S., with the DMV making up a third of total submissions.

Special thanks to all that contributed to the nearly 40k name submissions, whether by mail or https://t.co/UYPQTBGZTn 💛

Some of the team's younger fanbase showed its creativity with names like the Cannons, the Thrushers, Red-Monster-Truck-Jam and an important safety reminder – the “Washington Wash Your Hands.”

The team also received input from loyal Burgundy & Gold fans who shared stories, with highlights including:

One 85-year-old Washington Football Team fan summed up the opportunity for the team within his submission noting that “a new name for the team must convey both historical connection and a recommitment to the aspirations and goals for the organization – in the business of professional football and as a respected leader in 21st-century society and culture.”

The next step is waiting to see which of these thoughtful and creative submissions will be chosen as part of Washington's rebranding in the future.