WFT is the only major sports team in D.C. that didn't have a game postponed due to COVID-19 issues within the team. 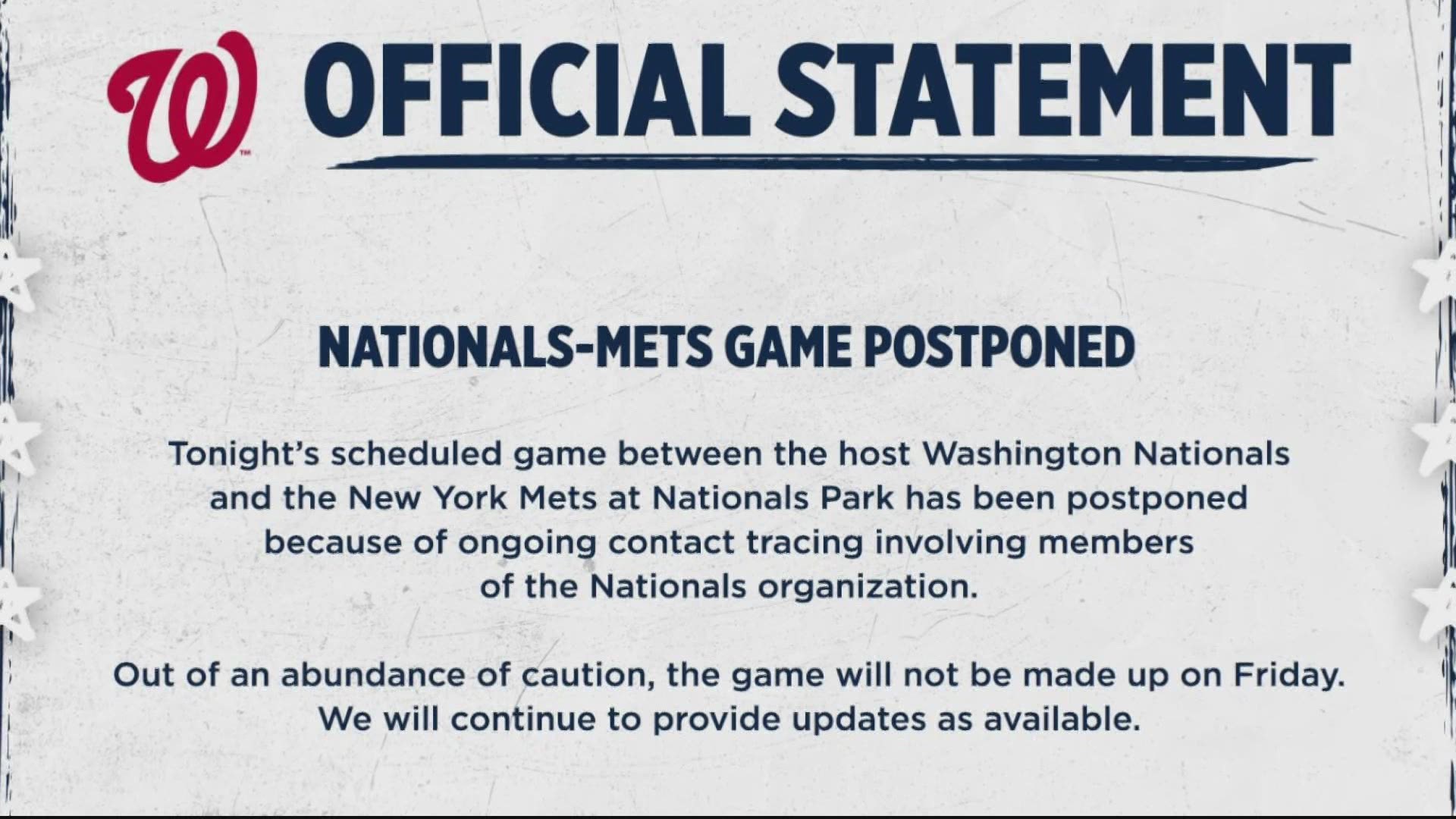 The Washington Wizards, hands down, were hit the hardest by COVID-19. They went almost two weeks without playing a game after six players tested positive for the illness.

On Jan. 17, Wizards General Manager Tommy Sheppard announced the news of the positive tests and added that three other players were in the league’s health and safety protocols. The NBA had to postpone their games because of the outbreak preventing the Wizards from dressing the minimum of eight healthy players required under league rules.

The Nationals had their first four games of 2021 postponed before the season even started because of COVID-19 issues.

The Nats announced they had four players test positive for COVID-19 and seven other players and two staff members in protocol.

"This is the real-life situation," Nationals first baseman Ryan Zimmerman said. "We are still playing during a pandemic. Numbers have gotten better, but it's still here. It also shows you that you can be careful but things can still happen."

The Nationals will open their 2021 season against the Atlanta Braves on April 5, five days after the team was supposed to have its Opening Day.

Nationals to start 2021 season on Tuesday

RELATED: Nationals to start 2021 season on Tuesday against Braves

The Capitals share the same arena in downtown Washington with the Wizards.

On Jan. 20, Alex Ovechkin and three other players were added to the NHL’s COVID-19 list.

Goalie Ilya Samsonov first tested positive for coronavirus on Jan. 19. The other players were required to quarantine at least 10 days.

The National Hockey League fined the Washington Capitals $100,000 for player violations of the league’s COVID-19 protocols, which involved social interactions among team members who were in close contact and who were not wearing face coverings, according to a statement from the NHL.

Finally, Washington Football has had the best outcomes during the pandemic. Despite fielding two times the number of players as the Nationals, Capitals, and Wizards, DC’s football team only had one player test positive for coronavirus during the regular season. The Washington football team announced the positive test on Nov. 17, 2020 during week 11 of the NFL season. In a statement from the team, all meetings were conducted virtually that week. The positive test never postponed or canceled a Washington Football game.

Washington’s game against the Pittsburgh Steelers was pushed back from a Sunday to a Monday due to a COVID-19 breakout that affected the Steelers previous contest against the Baltimore Ravens. Over the span of 10 days, nearly two dozen Ravens players were placed on the COVID reserve list. This included star quarterback Lamar Jackson. The Ravens were reportedly fined $250,000 for COVID-19 violations.

RELATED: Ravens-Steelers rescheduled again by COVID-19 to Wednesday, which will impact Washington's schedule