Producer Jesse Collins is also tapped to produce the Grammy Awards on March 14 and the Oscars on April 25. 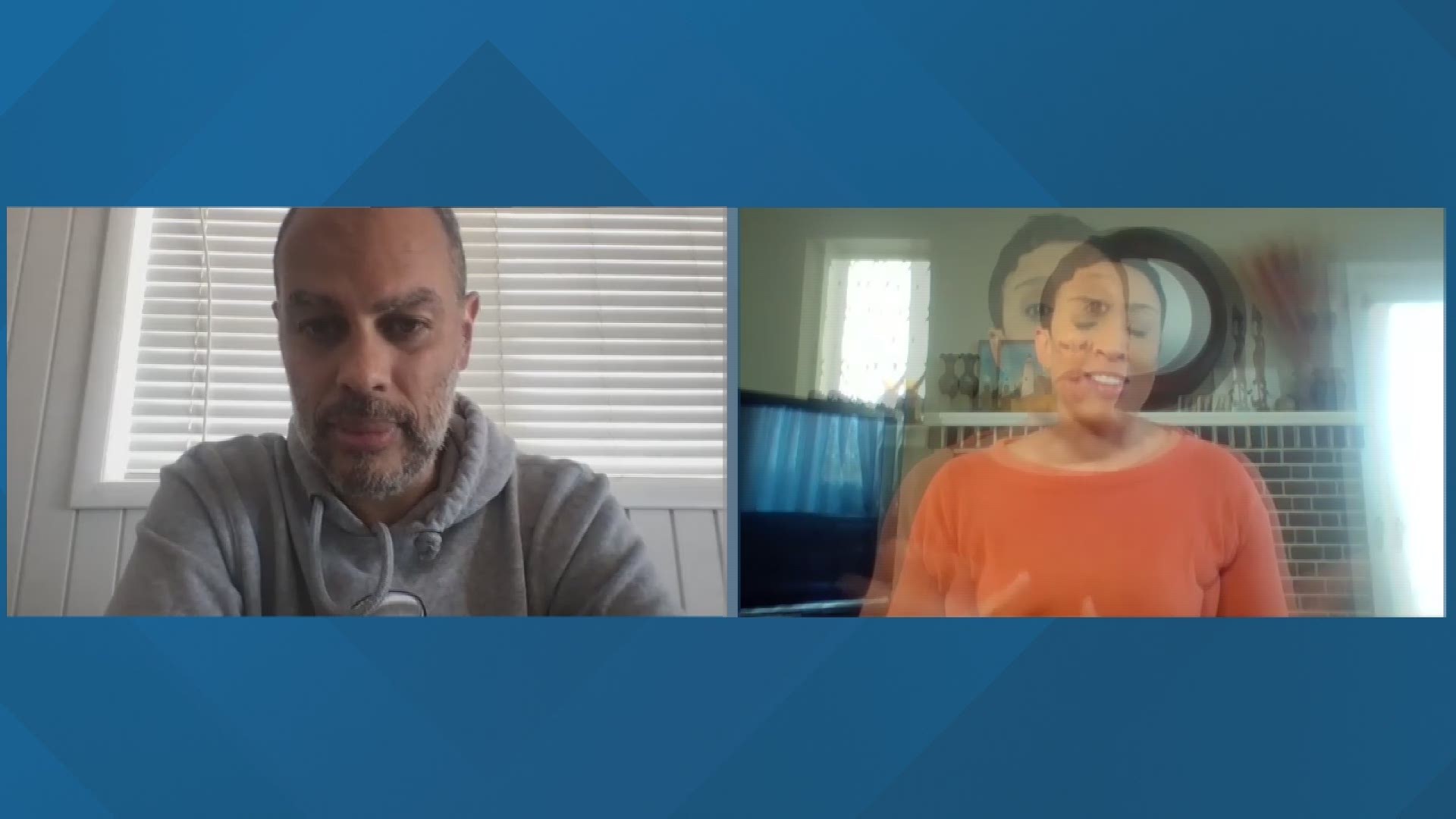 WASHINGTON — Love it or hate it - the Super Bowl LV halftime show got a lot of people talking. The Weeknd show was like nothing we’ve seen before, and it was the brainchild of DMV native Jesse Collins.

Collins went to high school in the newly named Justice High School in Falls Church. Most of his family still lives in Southeast D.C. WUSA9's Delia Gonçalves asked him about the show and his local roots in a Zoom interview hours after the historic show.

Gonçalves: “What did you want people to experience at home, knowing that the stadium wasn't going to be full of fans like we've seen in past Super Bowls?”

Collins: “I think it was about just trying to give everybody that experience of high production value, real entertainment, great songs, great music,” Collins said. “We didn't want it to feel like ‘oh, they couldn't do what they normally do, because of the pandemic,’ we wanted to just double down and really figure out a way for you to, you know, just escape and come together through music for 13 minutes.”

DMV was ALL over the #SuperBowl last night! Shout out to #HalfTimeShow producer and local son @JesseCollinsEnt. Well done sir 👏

Gonçalves: “Tell me about growing up here in the DMV, working on radio and how that's influenced your career?”

“Listen, I'm from the area (which he pronounced “UURReah” in true D.C. form and then chuckled at his own reference). I bounced around and lived in DC, Maryland, Virginia.  I think it's always DC is always there with me,” he explained, “I try to put Go-go into anything I can, like when Regina hosted the BET awards, we did a big Go-go open. That's my home. I used to work at WPGC and that was really my first big radio gig.  So really, the entertainment roots really started in DC and I'm forever grateful for that.”

Collins is also tapped to produce the Grammy Awards on March 14 and the Oscars on April 25.