'Whatever he sets his mind to, he can do' | Before playing in Super Bowl, Bucs CB overcame challenges at Wise High School

Buccaneers cornerback Ryan Smith will suit up for the Super Bowl on Sunday, years after playing for Wise High School in Upper Marlboro. 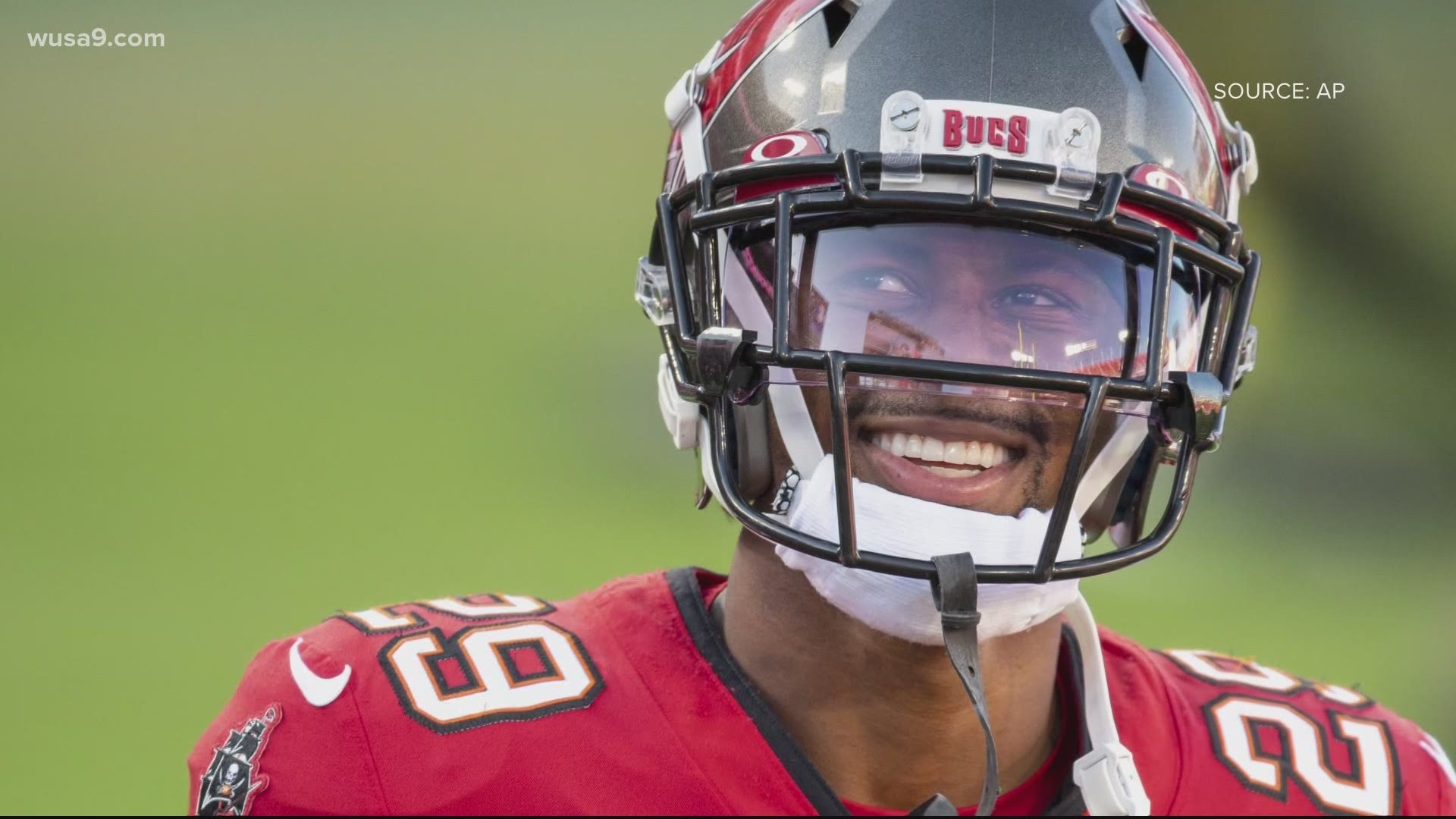 UPPER MARLBORO, Md. — Long before becoming a Tampa Bay Buccaneer and having a shot at the Super Bowl on Sunday, cornerback Ryan Smith was a Wise Puma.

While much of the country will watch Smith and his teammates on the biggest stage in sports this weekend, don't let the bright lights and fancy uniforms fool you.

Success on the football field took time to develop during Smith's years at the high school in Upper Marlboro, and his former coach can remember a moment when the player's path to improvement began to take shape.

DaLawn Parrish believes Smith's GPA was around 1.7 at the end of his junior year, following a season where he didn't start a game for the high school when his parents came for a meeting inside Parrish's office.

"He didn’t play. His grades were bad. He was struggling academically," Parrish said. "His parents came into my office and they said, 'Coach Parrish, how can we as parents do everything we can to get Ryan to play Division I football?' I damn near laughed.”

However, what followed showed how hard work and determination can push someone to their dreams.

Smith began by taking summer school courses before his senior year and preparing for SAT and ACT exams.

On the football field, he committed himself even more at practice.

By the start of his last season at Wise High School, the preparation paid off.

"He got all A's and B's his senior year. He ran a 4.48. He started for us," said Parrish, who noted the special role Smith's family played in his turnaround. "They believed in him. He believed in himself. It was all about him applying himself and being focused.”

Smith eventually helped lead his team to the state final game before being named to the County 4A All-League first team.

However, his football career was far from over after excelling at NC Central.

In 2016, Smith was selected in the fourth round of the NFL Draft by the Tampa Bay Buccaneers.

Now, after playing more than 50 games at the highest level, Smith is one win away from the ultimate prize.

For his former coach, seeing Smith on the grand stage brought plenty of excitement.

"I can’t be happier than what I am right now," Parrish said. "His work ethic is unmatched. He’s a humble person. He's kind and would give you the shirt off his back. You wouldn’t even know he played NFL.”

Parrish still coaches at Wise High School and says Smith's story serves as an example of what current students and athletes can do when they commit themselves to achieve.

"You can do what you set your mind to with hard work and commitment. It doesn’t matter where you start off at," he said. "Ryan is an example of what sports can do for a person in terms of focusing them.”

This weekend, Smith said he looked forward to cheering on Smith and celebrating his journey through challenges during his years at Wise High School.

"This is a young man that understands struggle," the coach said. "He understands about failure too but he overcame that to be very successful.”

RELATED: VERIFY: Super Bowl 55 already one for the record books