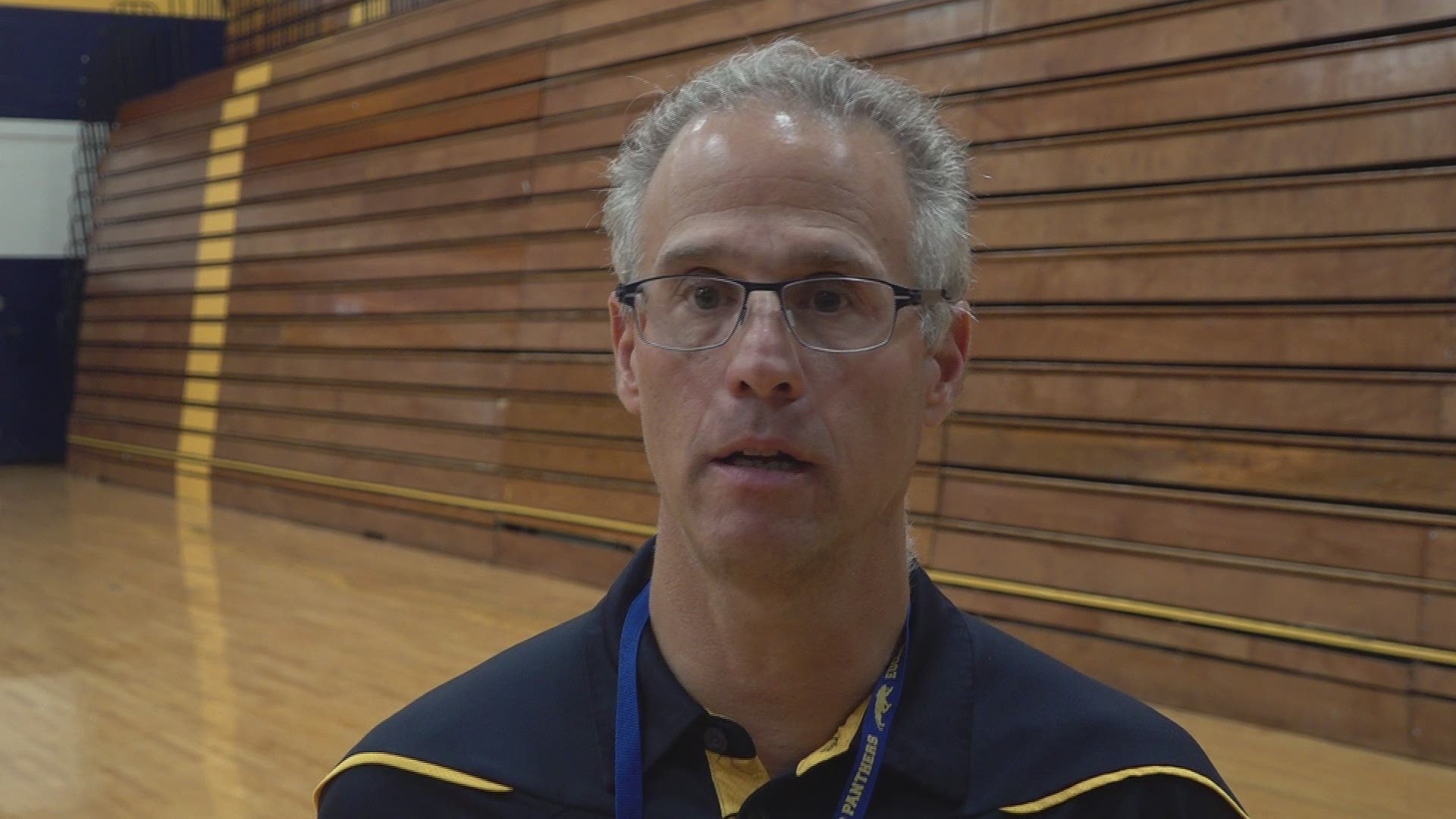 CLEVELAND — Every time former Cleveland Heights and current Euclid High School coach Jeff Rotsky watches the Kansas City Chiefs play, he does so with pride, as one of his athletes, Travis Kelce, has blossomed into a bona fide NFL star.

Along with his teammates, Kelce is set to take the greatest stage in football, as the Chiefs will face the San Francisco 49ers at Hard Rock Stadium in Miami Gardens, Florida in Super Bowl LIV tonight.

“I have never seen an athlete of his magnitude at his size,” Rotsky told 3News earlier this week. “I just haven’t, even at the collegiate level. I could see him run. He’s got all the intangibles. He’s competitive. He wants to be good and the greatest thing is he’s grown into an amazing teammate and a leader, too.

“He has got so many tools, and if you see his hand-eye coordination, he makes plays on the football that are ridiculous. His yards after catch are ridiculous. God forgive me for saying this, but he’s a Hall of Fame candidate. I think he’s got to be.”

A third-round pick of the Chiefs in the 2013 NFL Draft out of the University of Cincinnati, Kelce had his fourth consecutive 1,000-yard receiving season in 2019, as he converted 136 targets into 97 receptions, 1,229 yards and five touchdowns. It was Kelce’s second-most yards in a single season in his NFL career.

During two postseason games this year, Kelce caught 10 passes for 134 yards and three touchdowns with all of those scores coming in Kansas City’s unprecedented comeback from a 24-point deficit against the Houston Texans in the AFC Divisional Playoffs.

Not bad for a kid who grew up excelling in hockey and playing quarterback in high school.

“He was a quarterback, and he was an unbelievable quarterback, but I had a strong talk with him,” Rotsky said. “‘Listen, Trav, I hope you make it as a quarterback,’ but I told him at his graduation, I told his mom, ‘He’s going to be an NFL tight end.’

“When you’re 6-6 and you’re on the verge of 250, 260 and you run a 4.6, who knows…faster, and you could have a 40-inch vertical, those human beings just don’t exist that much. I’m just glad things have played out the appropriate way.”

Kelce is looking to even up the family bragging rights at the holidays and join his brother as a Super Bowl winner.

Kelce’s older brother, Jason, was the starting center for the Philadelphia Eagles during their run to a Super Bowl LII win over the New England Patriots, and Rotsky believes the younger sibling will do just that.

“He was banged up in the game where he caught three touchdowns in the second quarter,” Rotsky said. “That was amazing. He understands the game. He understands where the fits are, how to settle into the zones, and when he’s got man, how to break them off on his corner routes. He’s just got it. He’s got a very high IQ, and Jason was the same way.