Before becoming an assistant coach for the Tampa Bay Buccaneers, Cody Grimm was a skilled football player and student at Oakton High School. 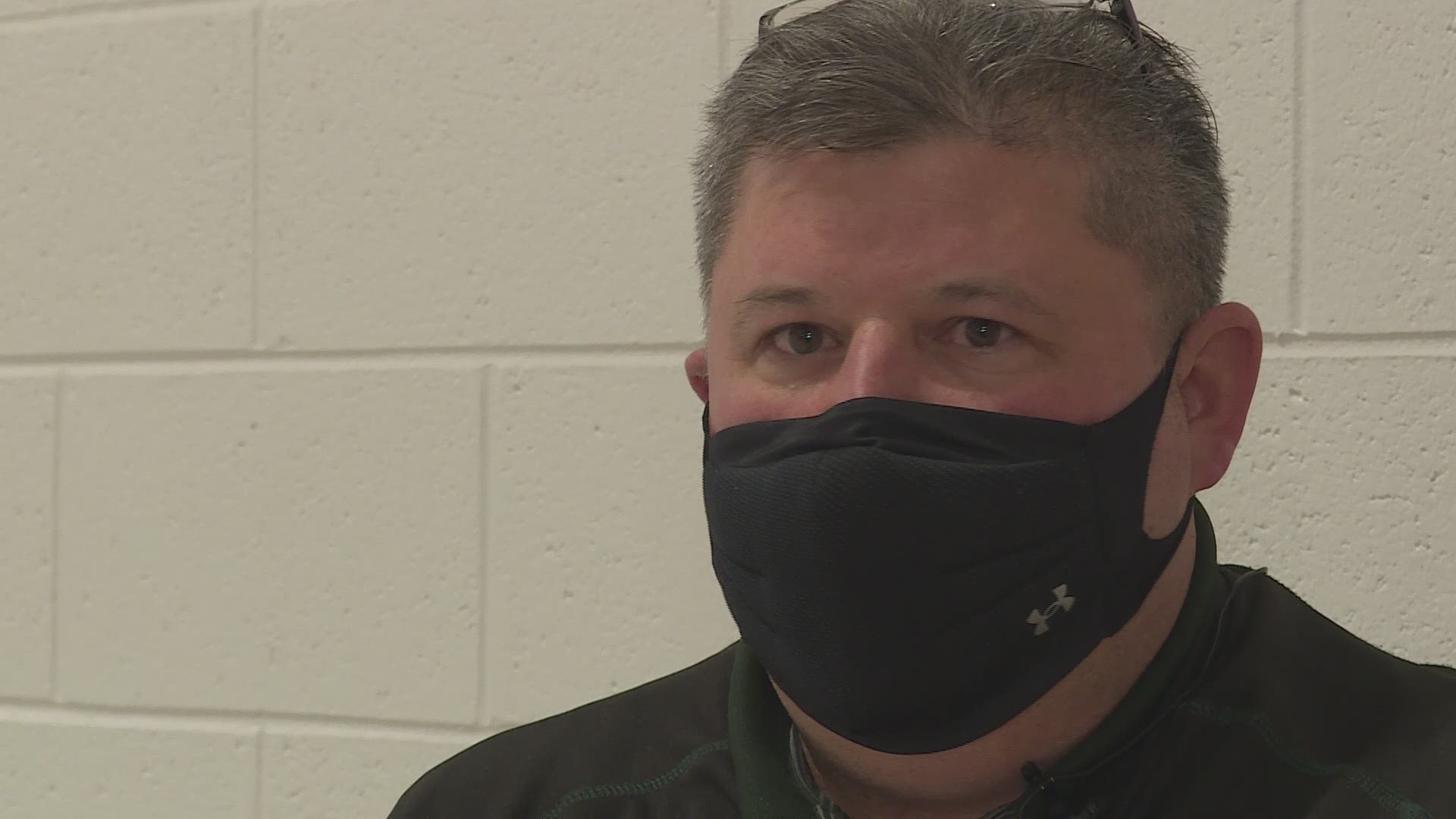 VIENNA, Va. — Look closely at the sidelines this weekend during the Super Bowl and you may see an Oakton High School alum.

Cody Grimm, who graduated from the school in 2005, now works as a defensive and special teams assistant on the NFC Championship-winning Tampa Bay Buccaneers.

However, long before he made it to the biggest stage in all of sports, Grimm was a playmaker on both sides of the ball for the Oakton Cougars.

"Great personality. Great sense of humor," said his former coach Joe Thompson. "He was somebody that everybody liked. Easy to get along with. Really good leader. Always working hard in the weight room and on the practice field.”

On Thursday, WUSA9 visited Oakton High School and roamed the same halls Grimm walked before moving on to the NFL.

Thompson said Grimm was never one of the taller players on the team, but he made up for it in numerous other areas.

During his years at Oakton, Grimm won an off-season leadership award while also excelling on the lacrosse field.

"I’m excited for him. Couldn’t be prouder of the work he’s done.” @wusa9 @fcpsnews pic.twitter.com/vmBtGHjYST

After graduating, he joined the Virginia Tech football team as a walk-on before lettering four years in a row at the school.

As a senior linebacker for the Hokies, Grimm led the nation with seven forced fumbles while earning first-team All-ACC and third-team AP All-America honors.

His dream of making the NFL was fulfilled in 2010 when he was selected in the seventh round of the draft by the Buccaneers.

Now in his second year as an assistant coach for the Bucs, Grimm has plenty of fans back home.

"He put a lot of hard work into this and I’m very happy for everything that he has earned in his life," said Justin Janis, who coached and taught Grimm at Oakton. "He was just a kid that you were around and liked and was a good person. You saw how hard he worked to achieve his goal. It’s always good to see a man now achieve his goals and dreams.”

Thompson told WUSA9 that he still keeps in touch with Grimm and even offered him some encouraging words earlier this week.

"I’m happy for him. I was texting with him this week and told him to just have fun," he said. "I don’t think anybody has to worry about Cody being uptight about being in a big place. He’s always been confident and I'm sure that he’s going to be doing the right thing,"

With Grimm also a member of the Oakton High School Athletic Hall of Fame's inaugural class, his former coaches believed he served as a great role model for current students.

"We take great pride in our alumni," said Janis. "Cody is a great example of what we hope our graduates to be one day.”

With the big game now getting closer, both Janis and Thompson said they would cheer for Grimm, who they said keeps making the community proud.

"He was a great kid and turned out to be a great guy," Thompson said. "I’m really excited for him. It couldn’t happen to a better guy.”

RELATED: This Maryland man is the voice of NFL players at a time of social unrest and a country divided