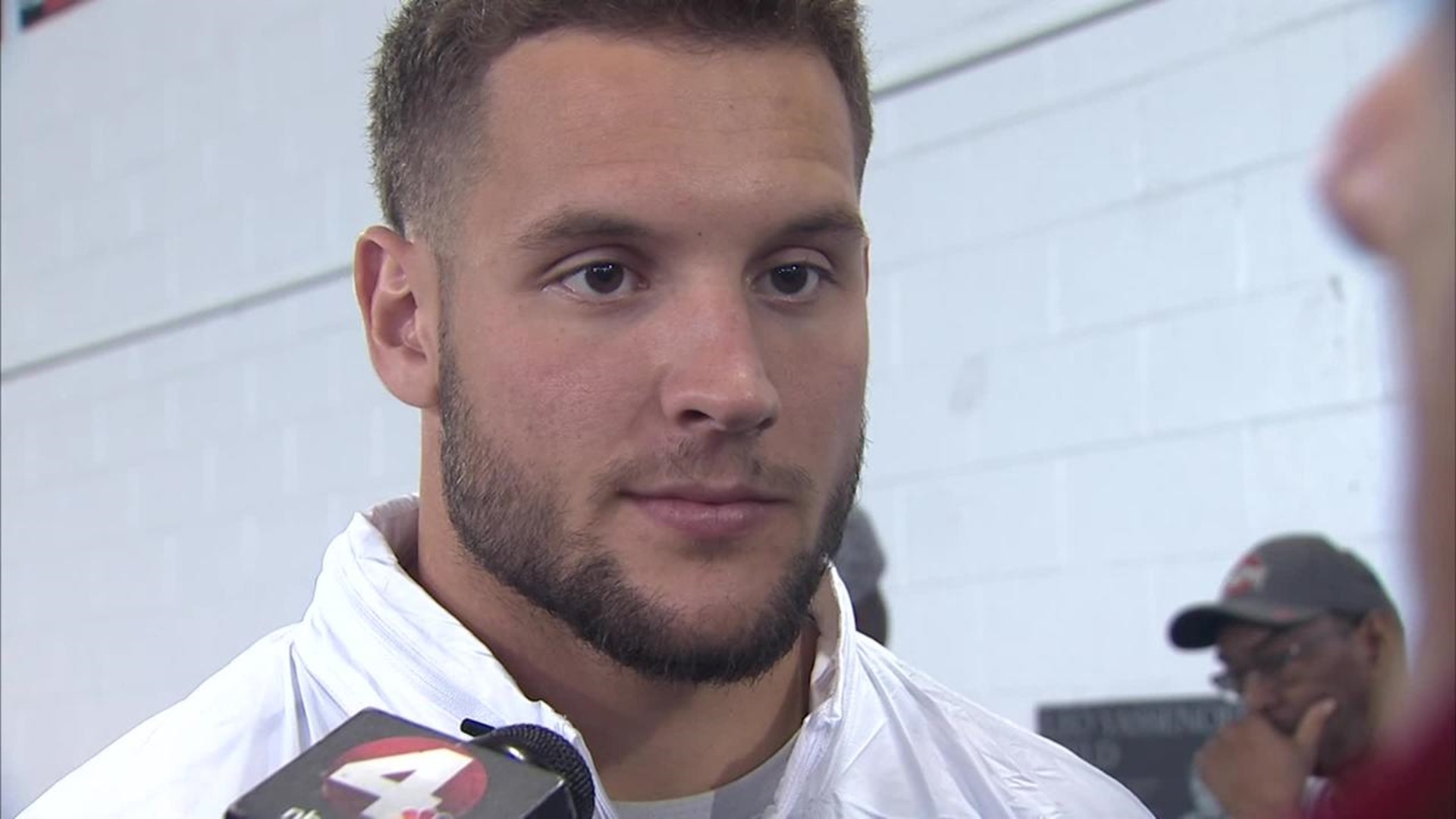 One day before taking the field on football’s biggest stage, San Francisco 49ers defensive Nick Bosa found himself in the spotlight.

On Saturday, Bosa was named the 2019 AP Defensive Rookie of the Year at the NFL Honors award show in Miami. On Sunday, Bosa and the 49ers will take the field at Hard Rock Stadium, where they’ll face the Kansas City Chiefs in Super Bowl LIV.

Selected with the No. 2 overall pick in the 2019 NFL Draft, the Ohio State product tallied nine sacks, 16 tackles for loss and 25 QB hits in his rookie season, in which San Francisco has laid claim to the league’s top passing defense.  In the 49ers’ two postseason games heading into the Super Bowl, Bosa has recorded three sacks.

Bosa’s older brother, Los Angeles Chargers defensive end Joey Bosa, won the same award in 2016. They are the first pair of brothers to win the award.

“I always want to be the top of my class. In high school and college, I always wanted to be the No. 1 guy at my position,” Nick Bosa said of winning Rookie of the Year honors earlier this week. “I got picked the highest at my position, so I set that goal. And my brother got it, so I wanted to definitely get it and match him. That was a big goal for me.”

The NFL Honors award show will air at 8 p.m. ET on FOX.