State Rep. Kenny Havard, R-St. Francisville, said he would like to withdraw "millions of state tax dollars, tax exemptions and tax credits" allocated to the Saints, the NFL and any associated facilities. 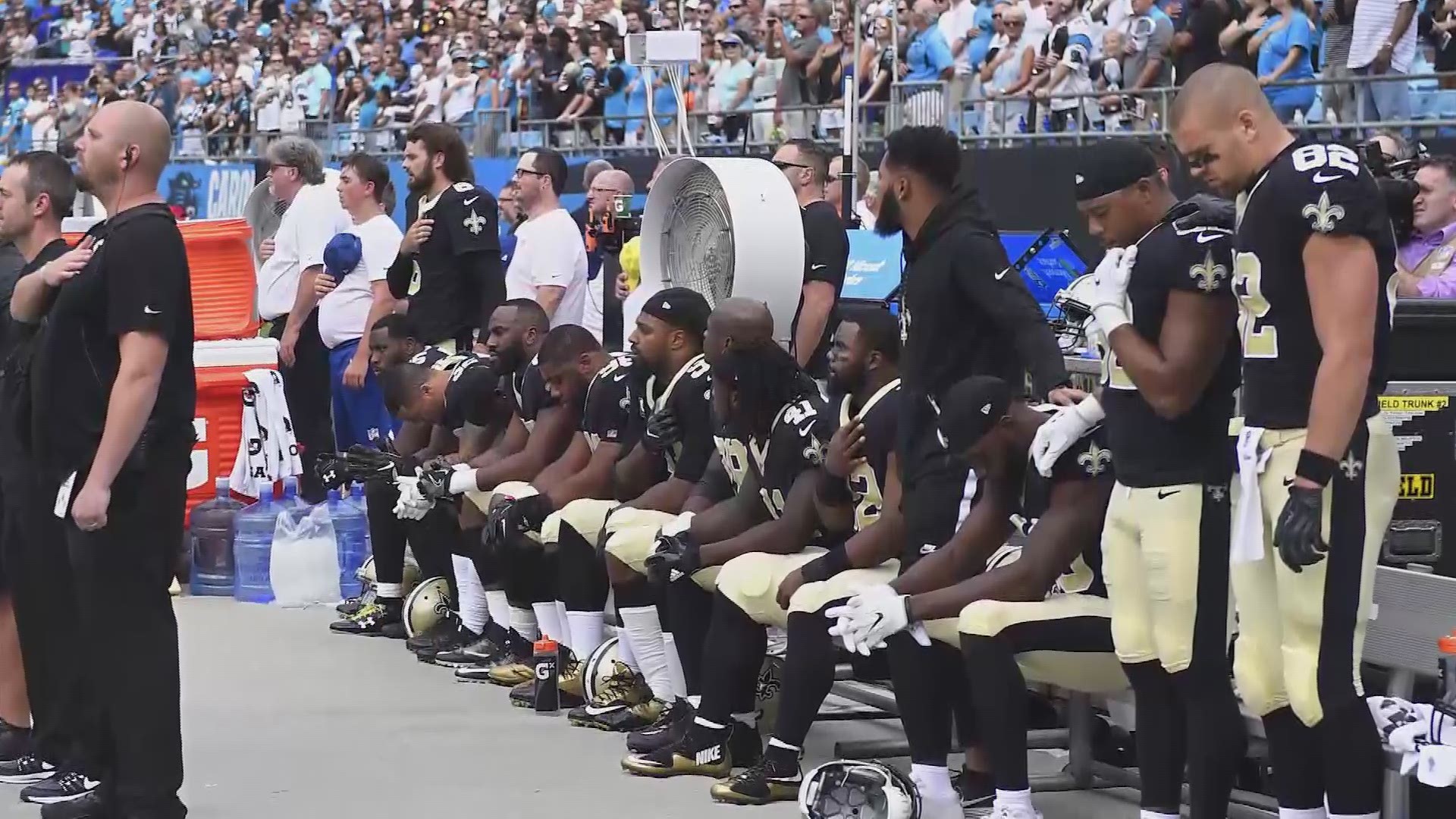 One Louisiana lawmaker wants to claw back all of the state's incentives paid to the New Orleans Saints after about 10 players didn't stand for the National Anthem Sunday in protest to criticism from President Donald Trump.

State Rep. Kenny Havard, R-St. Francisville, said he would like to withdraw "millions of state tax dollars, tax exemptions and tax credits" allocated to the Saints, the NFL and any associated facilities.

"It is a disgrace to the men and woman of this nation and state who have sacrificed so much," Havard said in a press release distributed late Sunday night. "Disrespecting our National Anthem and flag in the name of social injustice is the highest form of hypocrisy.

"The very reason they have the privilege and opportunity to play professional football while being paid millions is because someone in uniform died protecting their right to do so. Our free society made possible by our fighting men and women has made available free education, free lunch, housing and free healthcare and is now be considered socially unjust."

Quarterback Drew Brees stood for the anthem, but criticized Trump for calling players who sat "son of a -----" during an event at which the president spoke Friday night.

"I disagree with what the president said and how he said it," Brees said during a press conference.

Coach Sean Payton said during a press conference he was "proud of every one of the players" and was critical of the president. "I think we need a little more wisdom from that office," he said.

Havard said the players are welcome to exercise their right to protest, but the state doesn't have to pay for it.

"It is time the taxpayers quit subsidizing protest on big boy playgrounds," Havard said. "I believe in the right to protest but, not at a taxpayer subsidized sporting event. Do it on your own time.

"There are plenty of disabled children, elderly and veterans in this state that would appreciate the money."

The total value of incentives provided to the Saints by the state was unclear early Monday morning.

The president called on fans to boycott teams and leagues that don't require its players and coaches to stand for the National Anthem.

"If NFL fans refuse to go to games until players stop disrespecting our Flag & Country, you will see change take place fast. Fire or suspend!" the president said in a tweet.