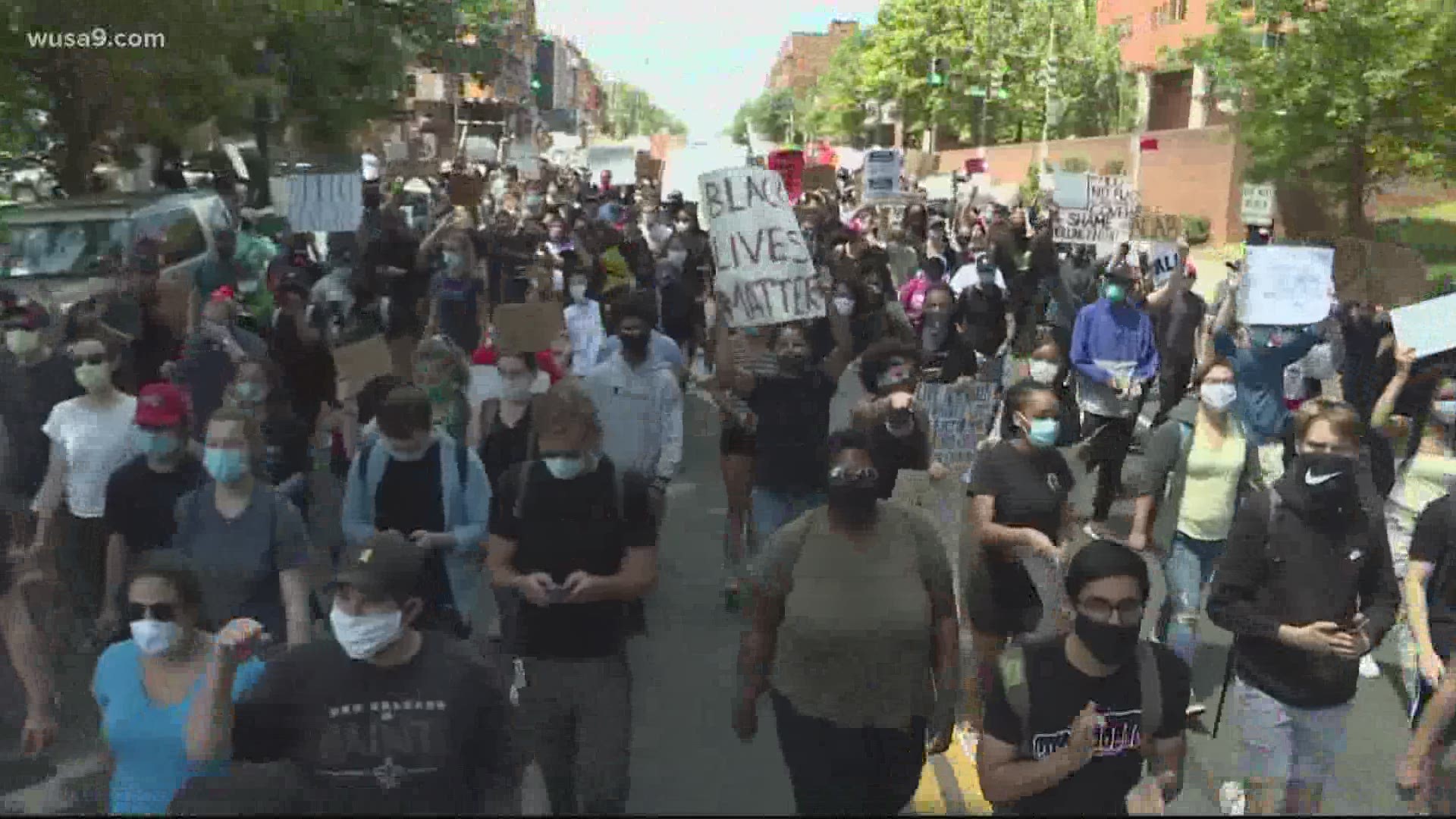 WASHINGTON — People are responding negatively to the Washington Redskins on social media after the team participated in the #BlackOutTuesday initiative that is helping bring awareness to social injustice and police brutality after the killing of George Floyd last week.

The Washington Redskins have been a part of the National Football League since the 1930s and have been called out about using the term "Redskins" for decades.

The National Congress of American Indians of the United States (NCAI) has called for the Redskins to not return to play in the District (their current stadium is in Maryland) until the team changes its name.

Ah, yes, the Washington Redskins, whose name and logo was deemed “disparaging to Native Americans” by the U.S. trademark office and an appeal court. The name and logo against which the NCAI has petitioned since the 1940s. They’ll using this time to post black boxes and be allies! https://t.co/8UQcMwB8P5

Protests erupted nationwide after a Memorial Day viral video showed Floyd being pinned down by his neck by then-Minneapolis police officer Derek Chauvin. Floyd, who is repeatedly heard in the video saying he can't breath and asking for Chauvin to get off his neck, died that day.

RELATED: Adrian Peterson is enjoying his veteran role with the Redskins

RELATED: Redskins rely on Zoom to virtually prepare for the season