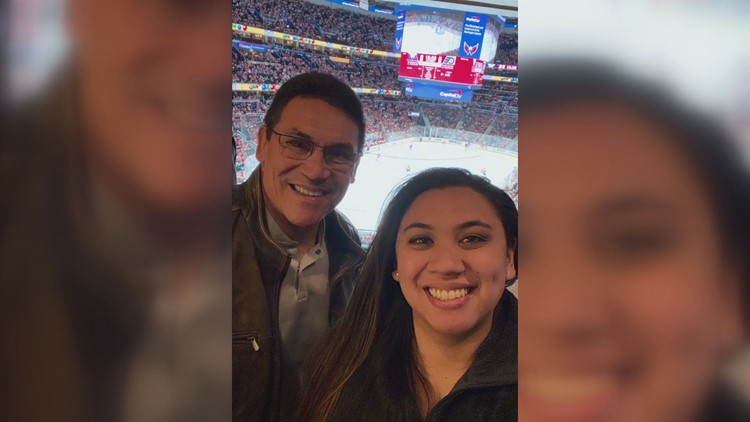 Rivera and his daughter, Courtney, took in their first Caps game Wednesday night.

The Capitals were hosting the Flyers in a critical Metropolitan Division game.

Coming into Wednesday night’s game, the Capitals led the Flyers by just three points for the top spot in the division, and Philadelphia had won six straight games.

So it would make sense for the Redskins new head coach to take in his first Caps game when Washington is facing a division rival from Philadelphia.

Coach Rivera is getting a head start on experiencing the DC-Philadelphia sports rivalry.

And it looks like he brought the Caps a little luck too.

Just after Ron Rivera tweeted that he and his daughter were at the game, Lars Eller scored the first goal of the game to give the Caps an early 1-0 lead.

Unfortunately, that was the Capitals' only lead. Washington lost to Philadelphia 5-2 as their lead in the division shrunk to just one point.

One suggestion for the Riveras for the next Capitals game they attend, please wear red!