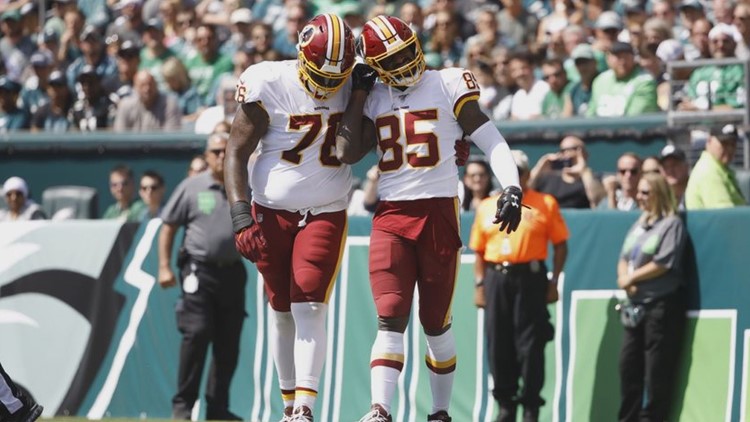 Photo by: AP
The Redskins' Vernon Davis and Morgan Moses celebrate after Davis scored a touchdown against the Eagles.

Obviously some touchdowns mean more than others.

Davis scored on a 48-yard catch-and-run in the Redskins' first possession of the 2019 season.

It also came one day after his grandfather died.

It's never easy for anyone to go to work immediately following a death in the family, let alone play a football game.

Vernon Davis was understandably emotional following is touchdown. The Redskins tight end was seen on the sidelines crying.

RELATED: What is Vernon Davis taking to training camp?

"Dad, pops, grandpa, my hero... You were all of the above," said Davis in the post. "I will miss you truly. I wouldn’t be who I am without you. My first 18 years of life you showed me how to be a man. Thank you for everything. Rest well. Love you."

I think it's safe to say that Vernon Davis' grandfather is looking down from above, and is very proud of his grandson.