Rookie quarterback Dwayne Haskins will start the remaining games in the Redskins' season. 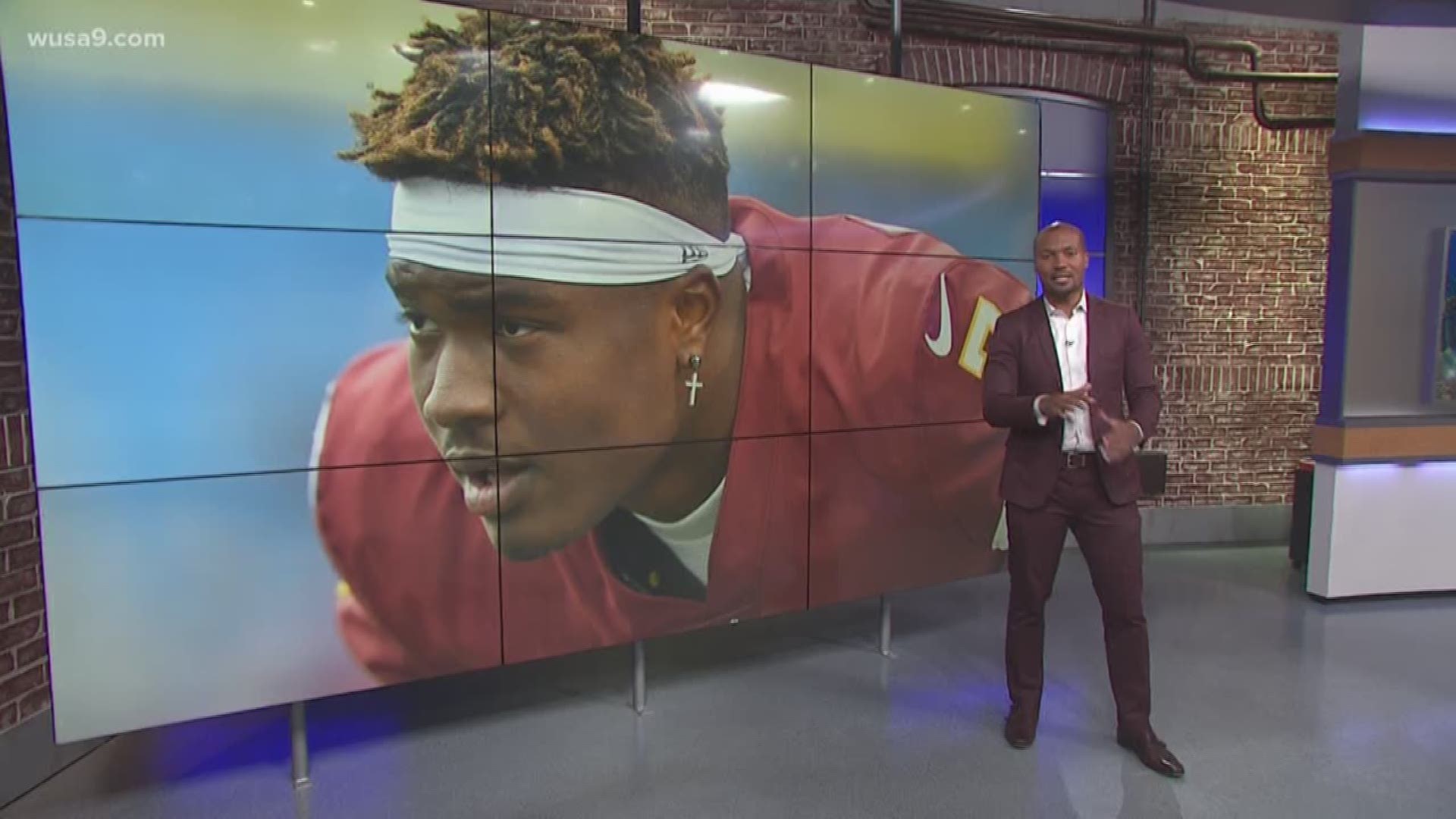 WASHINGTON — There is a changing of the guard in Ashburn.

Redskins interim head coach Bill Callahan announced Monday that Dwayne Haskins will be the starting quarterback for the remainder of the season.

Dwayne Haskins will make his first start at FedEx Field, and the second start of his career, when the Redskins host the New York Jets on Sunday.

The decision should come as no surprise.

At 1-8, the Redskins' playoff hopes are almost completely non-existent.

Now's the time to let Dwayne Haskins grow and learn on the job.

The Redskins also have a big decision to make.

Is Dwayne Haskins the future at quarterback? Or, with a likely top-5 draft pick coming, will the team have to use another first round draft pick on a potential franchise quarterback?

With seven games remaining, the Redskins will be able to gather plenty of data moving forward to decide if Haskins is indeed the long-term future of the franchise.

In the short-term Dwayne Haskins is the Redskins' guy, and it's time to see what the rookie can do.