Running back Adrian Peterson will play for the Redskins in 2020 season. 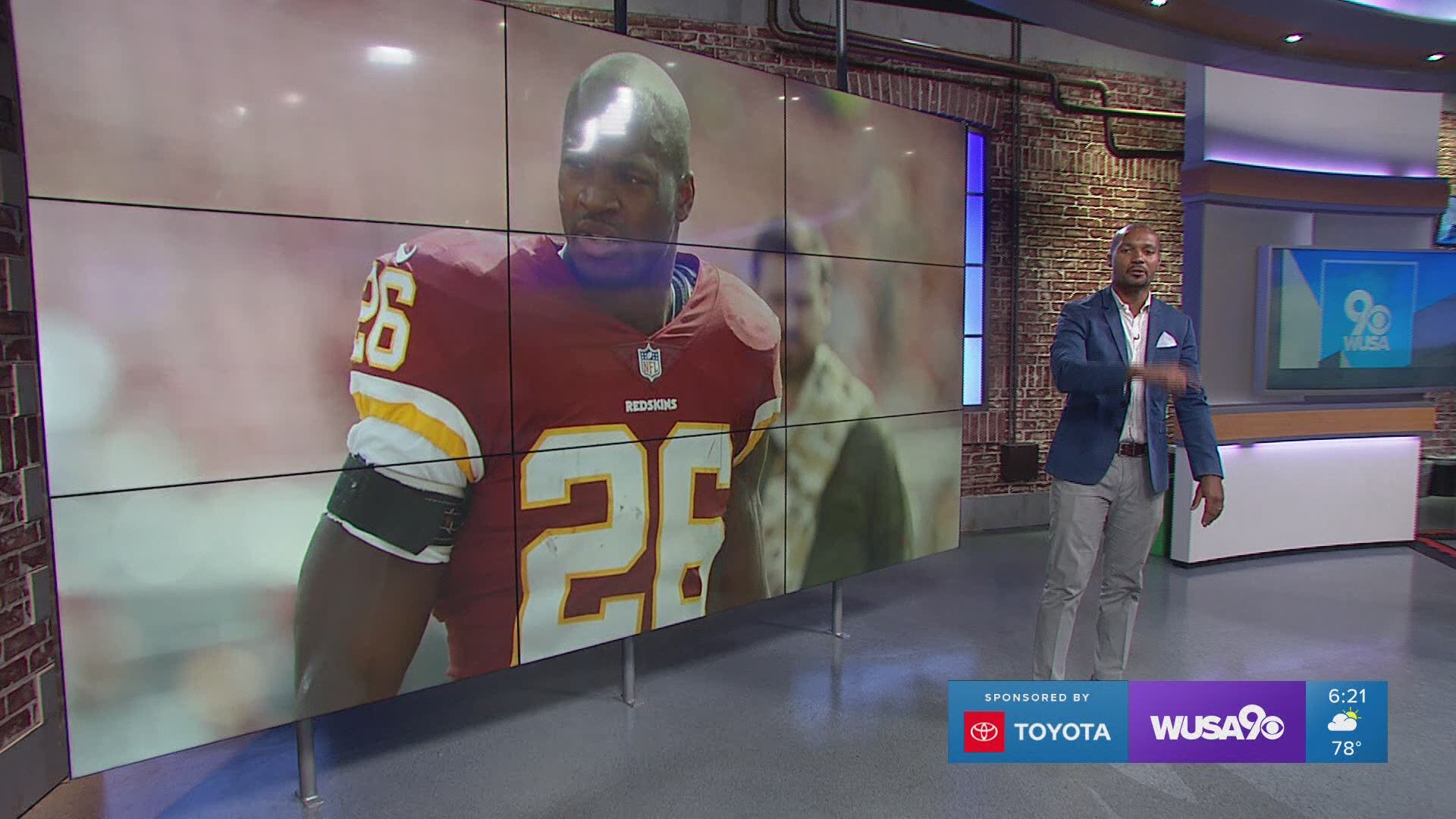 WASHINGTON — Adrian Peterson will play a third season for the Redskins.

The team announced Wednesday that they’ve exercised the 2020 club option on the future hall-of-famer.

The seven-time Pro Bowler figures to be an important player as new head coach Ron Rivera tries to reset the Redskins culture.

“Adrian Peterson is the epitome of what it means to be a pro in this league,” said Head Coach Ron Rivera in a statement. “Adrian’s leadership and passion towards the game of football will set an example of what is expected of the players in this program moving forward.”

The running back led the Redskins in carries, rushing yards, and rushing touchdowns in 2019.

In addition to his productivity on the field, he also was named the Art Rooney Sportsmanship Award winner at the NFL Honors earlier in February.

Adrian Peterson is entering his 14th season in the NFL, and his third with the Redskins. In a tweet, the running back says he’s ready to go.

Derrius Guice is the future in the backfield for the Redskins but having Adrian Peterson provides the team with the luxury of being able to lean on one of the best running backs of all-time.

Entering the 2020 season, Adrian Peterson looks to continue to move up in the all-time rushing records.

RELATED: Adrian Peterson expected to start for Redskins against Cowboys