Redskins' Case Keenum: My job is to help this team win no matter what

Redskins quarterback Case Keenum says he will compete for starting job this summer when he met with the media for the first time since he was traded to Washington. 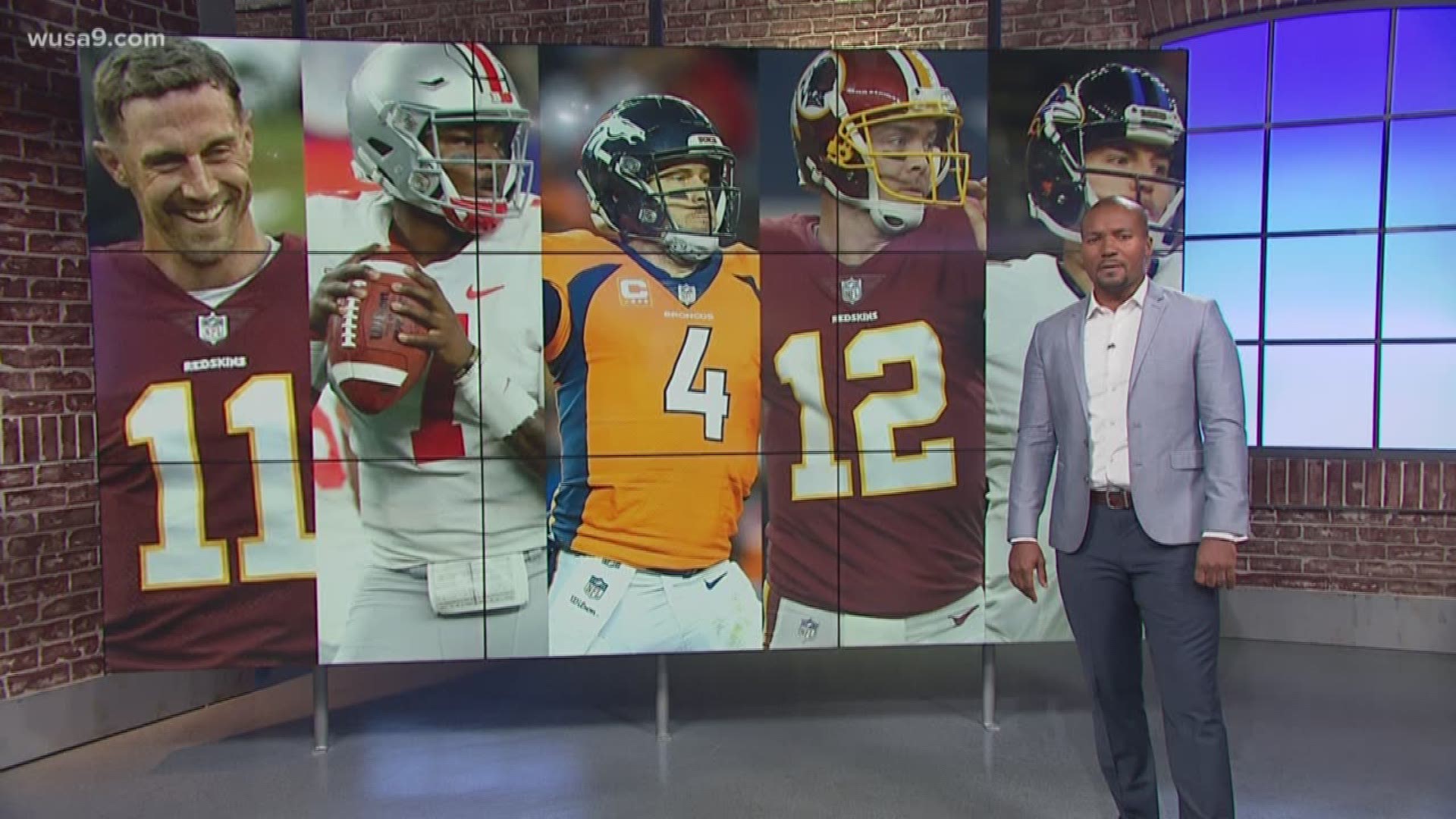 “I think first of all my job is to help this team win no matter what,” Keenum said at the Redskins Charitable Foundation’s Fifth Annual Golf Charity Classic. “And that’s being ready to play, that’s being ready to put our offense specifically in the best position to move the ball, get first downs and get touchdowns, score points. That’s my job, that’s what I’m here to do.”

The 31-year-old is expected to compete for the starting quarterback job alongside last season’s backup Colt McCoy and first-round draft pick Dwayne Haskins. The Redskins have been searching for help at the position ever since would-be starter Alex Smith – who was acquired prior to the 2018 season – was lost for the foreseeable future following a gruesome leg injury in Week 11 against the Houston Texans.

RELATED: After breaking his leg, Alex Smith out for season, 33 years after Theismann's career-ending injury

Keenum may have been tipped to start for Washington this season when he was acquired in March, but his position is considerably less-certain after Haskins – who finished third in Heisman Trophy voting at Ohio State last season – fell to the Redskins at No. 15 in April’s NFL Draft.

“I’m excited to get to work with Haskins,” Keenum said. “I know he’s a great player, I’ve obviously watched a lot of his college games. This is no new game to me, I’ve been in this situation before so I’m going to come in and compete and competition makes all of us better.”

Keenum started all 16 games for the Broncos last season, finishing with a 6-10 record. Through six seasons, he has a 26-28 career record as a starter, throwing for 12,661 yards with 64 touchdowns and 42 interceptions. The quarterback’s best season at the professional level came in 2017, when he went 11-3 in 14 starts to help lead the Minnesota Vikings to the NFC North title and a conference championship game appearance.

Now, playing for his fifth franchise in seven seasons, Keenum will be in a three-way race to take the field for the burgundy and gold in Week 1 at Philadelphia.

“First and foremost my job is to get ready to play and be ready when this team needs me,” Keenum said.