Veasy was one of the receivers catching passes from Kaepernick at his Nov. 16 workout. 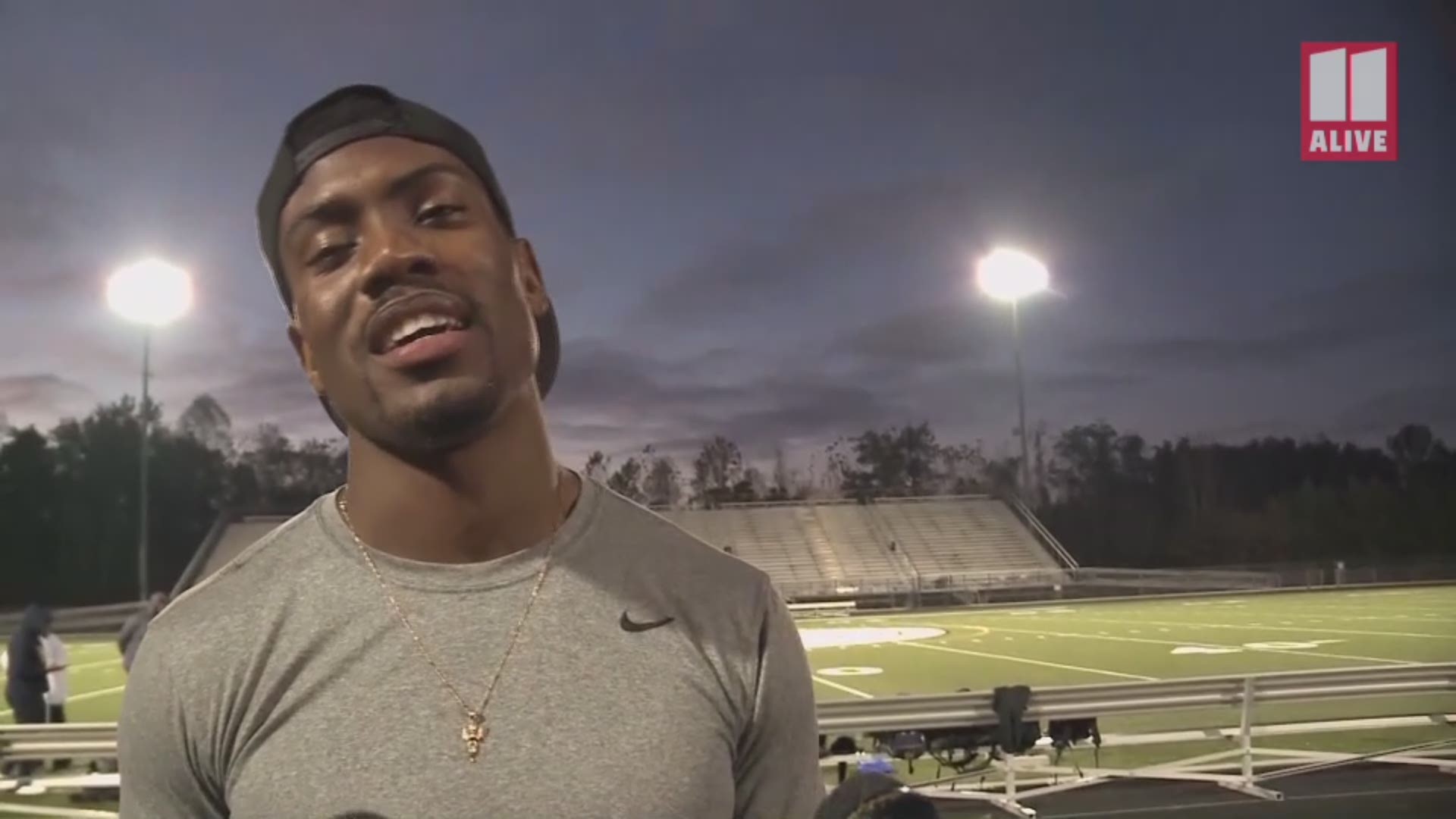 Quarterback Colin Kaepernick has reportedly received no interest from any NFL team since his workout last month, but one of the receivers he threw to has just signed with an NFL team. He's crediting the workout for helping make it happen.

The Nov. 16 workout for seven NFL teams at an Atlanta-area high school was meant to give Kaepernick a chance to get on an NFL roster for the first time since 2016. Veasy, 24, told the Post he believes the opportunity to catch passes from Kaepernick made a difference.

"It helped," Veasy reportedly said. "That’s one of the reasons I wanted to be a part of it. Just being a part of the history of it, and I knew it was going to help me."

This isn't Veasy's first time with an NFL team. Since being undrafted in 2018, he's been with the Tennessee Titans, Indianapolis Colts, Jacksonville Jaguars and, most recently, the Buffalo Bills until he was released in October. He has not played in an NFL regular season game.

Credit: AP
A 2019 photo of Jordan Veasy with the Indianapolis Colts. (AP Photo)

Kaepernick and Veasey have a past. The Post reports the two took a class together on black representation in popular culture at the University of California at Berkley. Veasey was on the football team there. Kaepernick, who was with the San Francisco 49ers, was auditing the class.

RELATED: Report: No interest in Kaepernick by NFL teams after workout

Kaepernick, 32, has claimed he has been blackballed by the NFL because of his decision to kneel as a way of protesting police brutality and racial injustice, which led to a contentious national debate.

The workout was moved from the Atlanta Falcons' facility to the high school at the last minute due to concerns by Kaepernick's team over transparency by the NFL. Only seven team representatives -- including from the Redskins -- followed along to the new location.

ESPN's Adam Schefter reported the following weekend that no team had reached out to talk to Kaepernick or give him a private workout.