There was not 1, but 2 fights during practice at Redskins training camp. 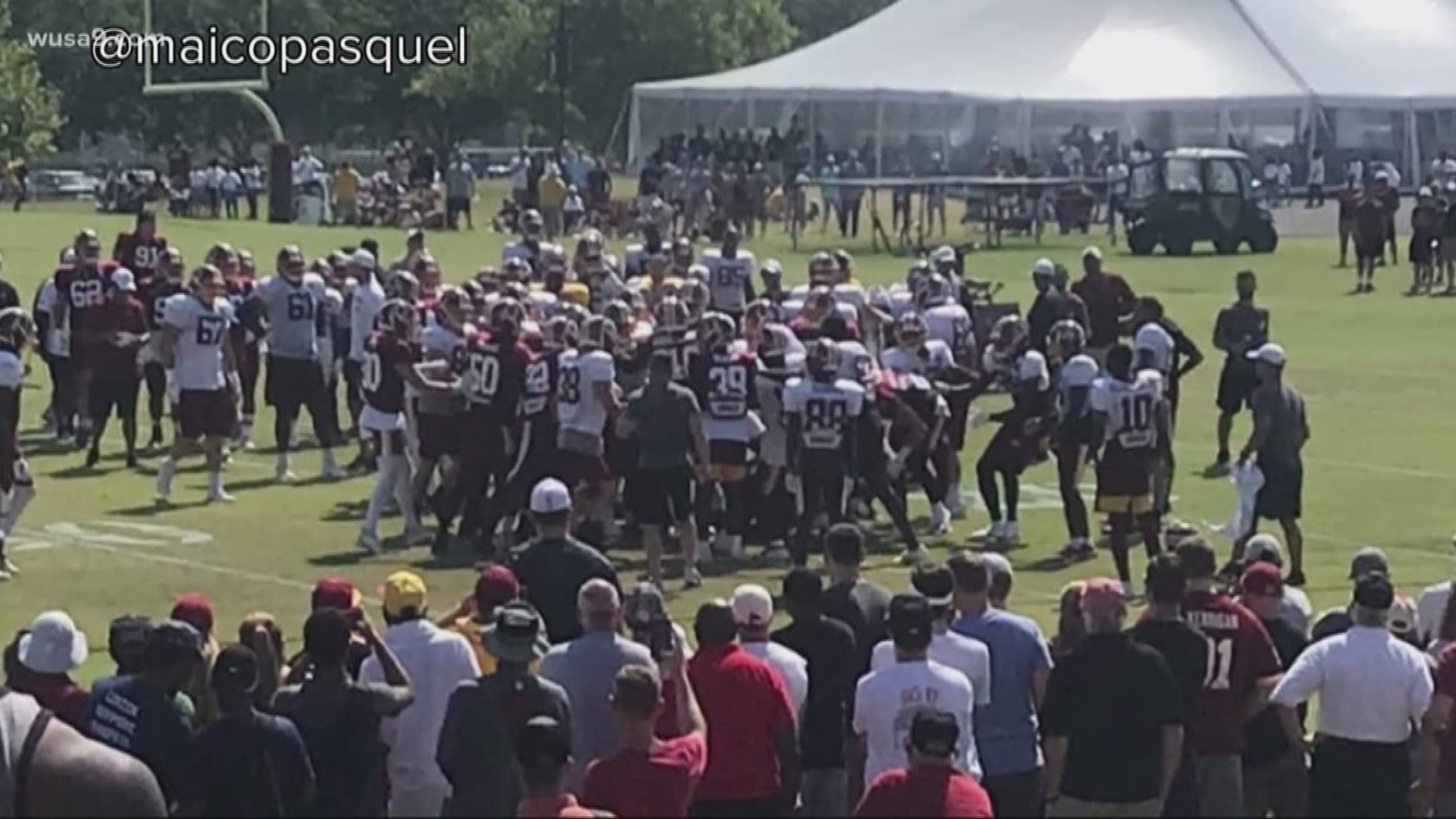 RICHMOND, Va. — The temperature wasn't the only thing rising at Redskins training camp in Richmond.

Fights between offensive and defensive units at training camp are nothing new. In the eyes of tight end Jeremy Sprinkle, who was involved in one of the fights, it's no big deal.

"The last practice we had, the offense did pretty good," says Sprinkle. "I think they [the defense] wanted to come out and set the tone today. I think that's what it was. And it was hot. Stuff like that happens. There's no love lost between us. Still brothers and teammates."

The Redskins first preseason game is August 8, against the Browns.

The Redskins will be able to hit members of another team, instead of their own teammates.