While many are frustrated with the Redskins poor start, don't blame quarterback Case Keenum. 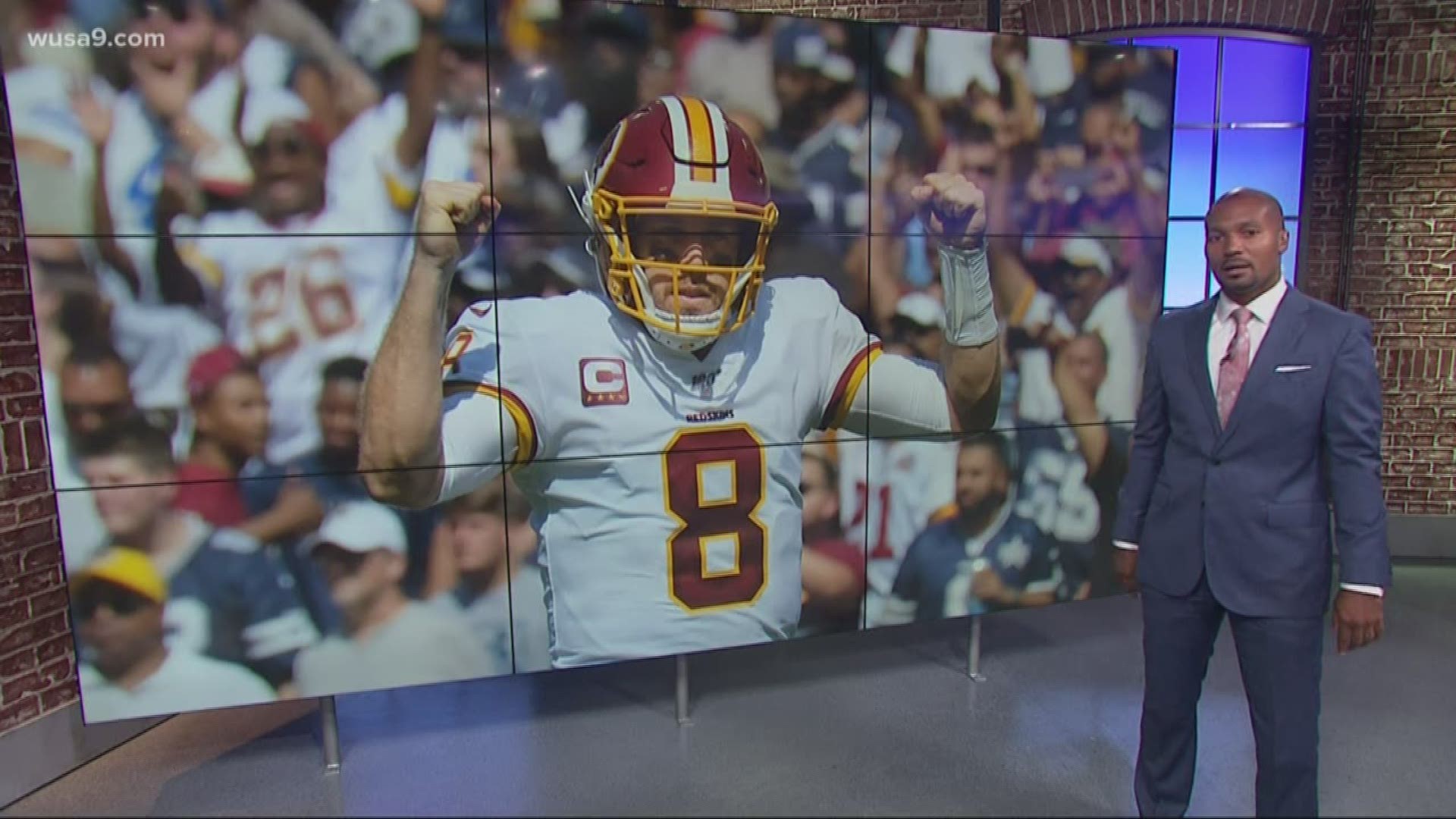 There is plenty of blame to go around for the team’s slow start.

The Redskins haven’t run the ball well. Defensively, the Burgundy and Gold have allowed the second most points through two games.

One guy who deserves love, not blame, despite Washington’s slow start is Case Keenum.

Keenum is 10th in the NFL in total passing yards, 8th in passer rating, and tied for 4th in touchdowns thrown.

Case Keenum is one of seven quarterbacks to have not thrown an interception while playing in two games this season.

Head coach Jay Gruden has nothing but praise for the Redskins signal caller.

“He’s competing,” says Gruden. “He’s not taking many sacks, he’s getting out of the pocket, he’s making plays. Love his competitiveness, and I think that will rub off on the entire football team if it hasn’t already.”

Keenum has been overlooked his whole career.

The quarterback led the Vikings to the NFC Championship game in 2017, only to be replaced by Kirk Cousins the following season.

Despite those prolific college stats, Keenum went undrafted in 2012.

RELATED: Redskins' Case Keenum: My job is to help this team win no matter what

Case Keenum deserves plenty of love for his play throughout his career, but his passing yardage numbers this season are better than Redskins fans are used to.

Keenum’s yards passing are the best for the Redskins by one quarterback through the first two games of a season, in his first full season as the starter, since Brad Johnson threw for 613 yards to start the 1999 season. That’s better than Alex Smith, Kirk Cousins, Robert Griffin III, Rex Grossman, Donovan McNabb, and Jason Campbell.

While Dwayne Haskins is the future for the Redskins, Case Keenum has shown the future doesn’t have to start right now.