Adrian Peterson expected to start for Redskins against Cowboys

After a Week 1 benching, Adrian Peterson is expected to make his 2019 debut for the Redskins when they host the Cowboys. 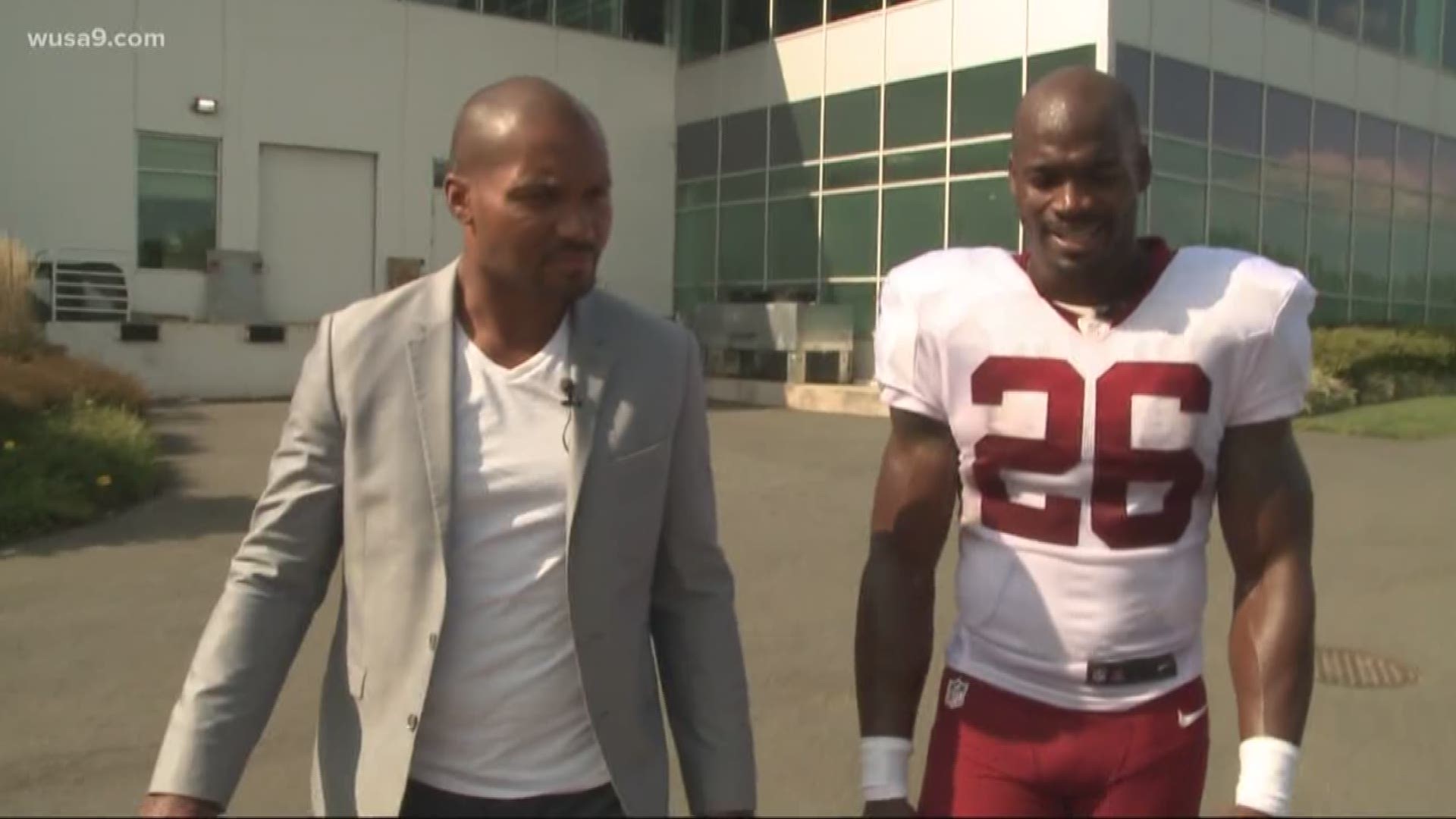 The Redskins running back is expected to start after Derrius Guice had what Jay Gruden called a “minor procedure” on his knee.

Peterson was a healthy scratch for the first time in his career last Sunday in the Redskins’ season opener.

Peterson ran for 31 yards on just four carries against the Bengals in his lone appearance during the preseason.

Despite the Week 1 benching, Adrian Peterson’s mindset hasn’t changed as he gets ready for his first game action in the 2019 regular season.

“I think it will be the same mindset,” says Peterson. “Of course I’m hungry to get out there and play, and help my team get a W. I’m going to go in with the same mindset that I always approach it with.”

For the Redskins running back, it was tough sitting on the sidelines unable to play with his teammates against the Eagles.

“I’m watching the game, and I’m seeing certain plays,” says Adrian Peterson. “What I would have did on this play or that play. I’m over there in sweats and a t-shirt. So I just took it upon myself just to kind of talk to the guys, and just kind of became like a coach.”

The running back grew up in Texas, and has family members who root for him, but want the Cowboys to win on Sunday.

Peterson’s relatives tell him, “Hey nephew we want you to do good, 200 yards. But we want the Cowboys to win.”