Who is new Panthers coach Matt Rhule? 3 things to know

Matt Rhule spent the last three seasons coaching at Baylor University, leading the Bears to the Sugar Bowl after an 11-win season in 2019. 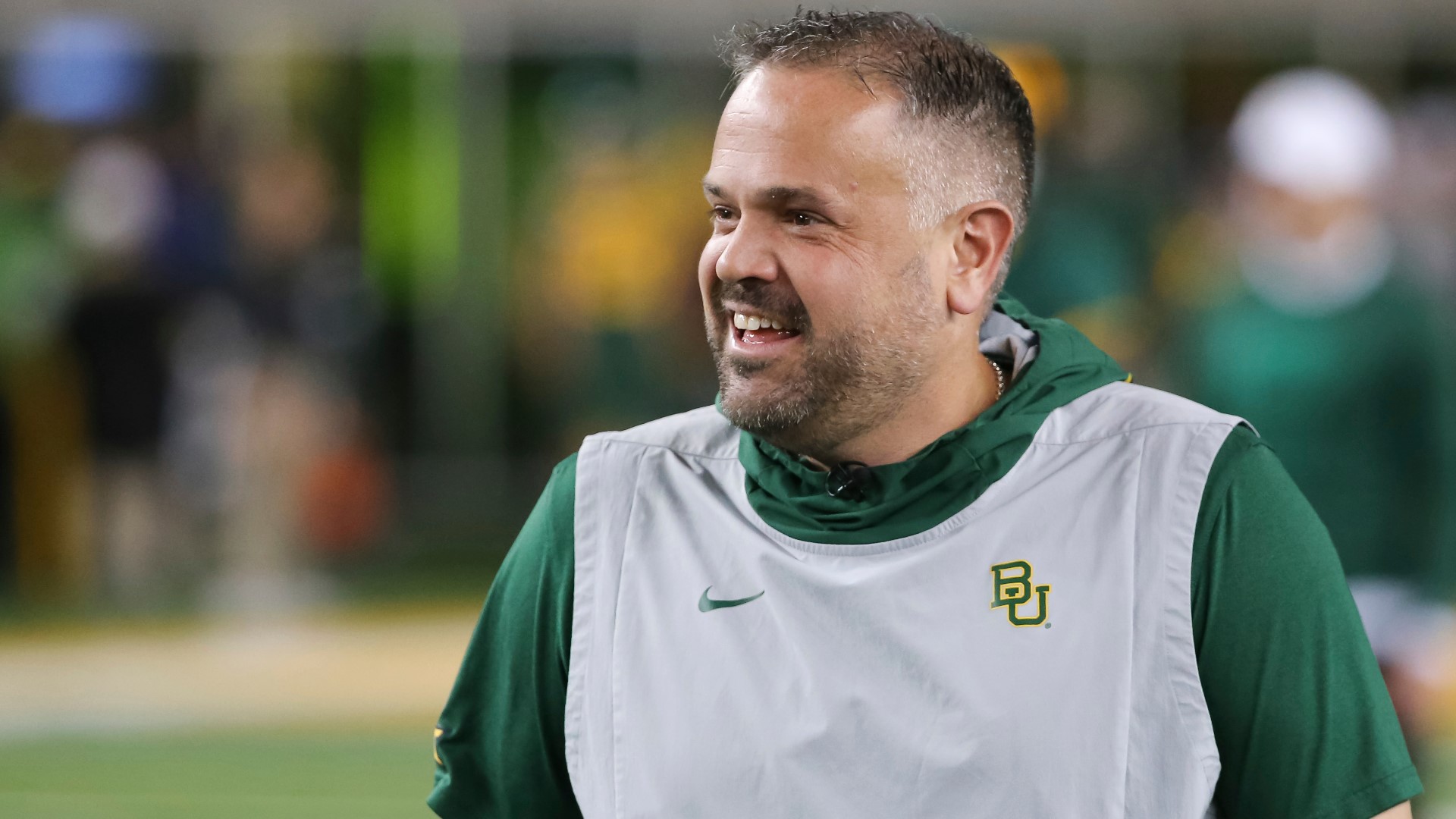 CHARLOTTE, N.C. — NBC Charlotte has confirmed that the Carolina Panthers are finalizing a contract to hire Baylor University head coach Matt Rhule as the team's next coach.

The deal was first reported by Yahoo Sports' Pete Thamel and confirmed by NBC Charlotte sports reporter Ashley Stroehlein. He will become the fifth head coach in Panthers history.

Rhule will be a first-time NFL head coach, but he's no stranger to professional football or the Carolinas.

Here are three quick things to know about the new Panthers coach:

1. He has a reputation for fixing teams in need of a turn-around

Rhule was hired at Temple University in 2013 to take over after Steve Addazio left the Owls for Boston College. In his first two seasons, the Owls went 8-16 before breaking out in 2015. Rhule's teams won 10 games in back-to-back seasons for the first time in Temple history.

Rhule left Temple to become the next coach at Baylor, a program that was devastated by a sexual assault scandal that led to the dismissal of former head coach Art Briles.

In his first season at Baylor, Rhule's team finished with a 1-11 record. After a 7-6 record that included a win in the Texas Bowl in 2018, Rhule's Bears broke through in 2019, finishing the regular season 11-1 and earned a berth in the Sugar Bowl. Rhule was named Big 12 Coach of the Year by the Associated Press.

2. He has coaching ties to the Carolinas

RELATED: Ron Rivera: 'My biggest regret is not winning the Super Bowl'

3. Rhule was a highly coveted coach in the NFL this offseason

Rhule was reported to be interviewing with the New York Giants later this week. That is, until David Tepper went to Waco and worked out a deal to make him head coach of the Panthers. Rhule also reportedly turned down an interview with the Browns.

He has experience in the NFL, serving as an assistant offensive line coach for the Giants in 2012.

Baylor linebacker Terrel Bernard said Rhule was up front with his players about the situation, saying, "he said, if he has an opportunity to talk with an NFL team, it would be kinda dumb not to," Bernard said.