'Everything good over here': Cowboy Amari Cooper's post debunks rumors that he had been shot 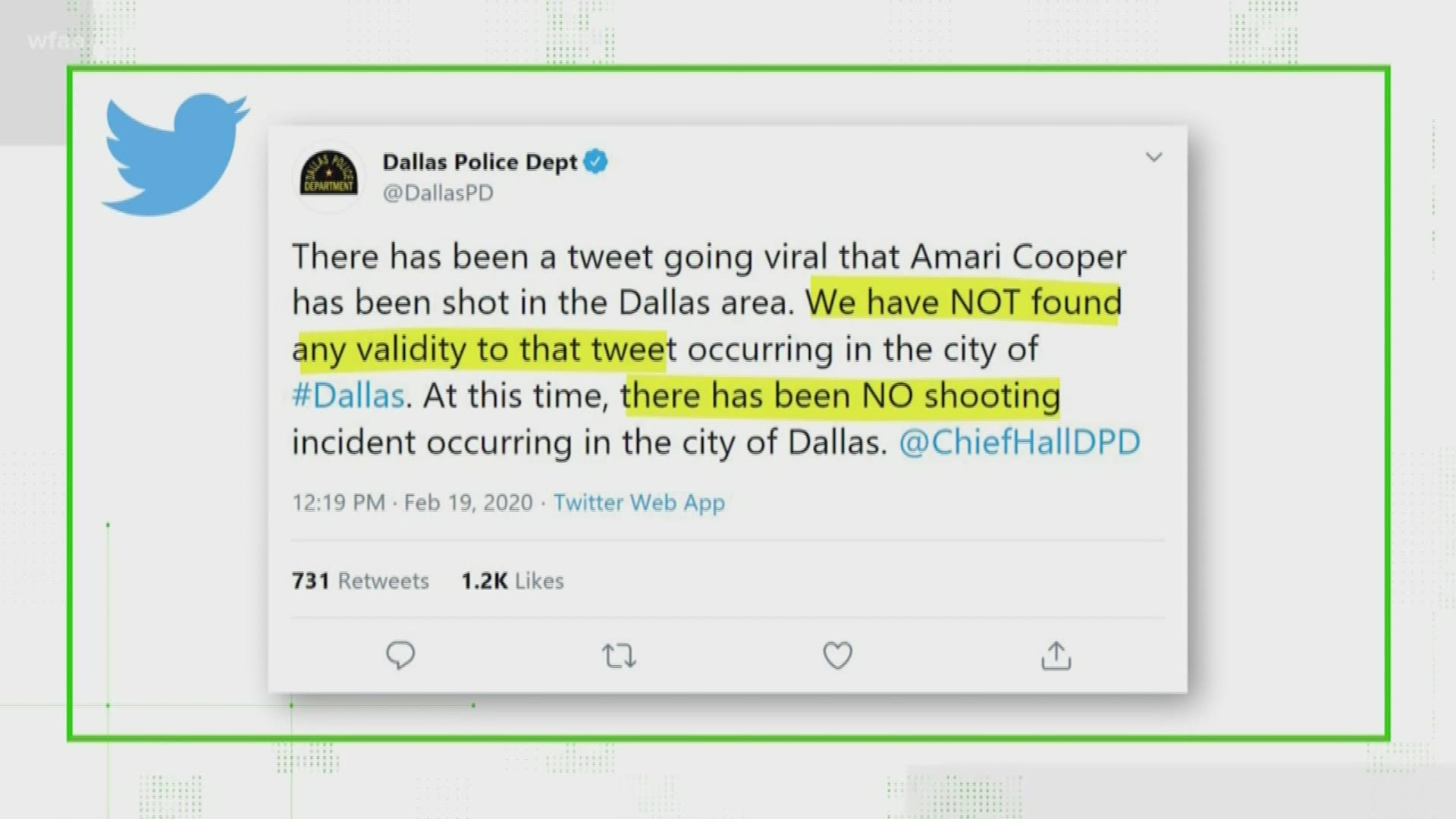 After an initial tweet sparked the social storm, Dallas police, Dez Bryant, and Cooper himself debunked the rumor.

Around 11:30 a.m. a tweet was sent out that read, "Dallas Cowboys wide receiver Amari Cooper shot in a parking garage in Dallas area. Cooper's health is unknown.”

Bryant also took to social media, tweeting that he had just spoken to Cooper and that the information regarding any possible shootings was false.

Cooper put a final stop to the swirling rumors by posting to his Instagram story: "That was fake news y’all, everything good over here."

Cooper began his career with the Oakland Raiders in 2015.

In October 2018, Dallas made the decision to offer a first-round pick to trade for the wide receiver.