Kareem Hunt scored his first touchdown as a Cleveland Browns player late in the first half against the Miami Dolphins at FirstEnergy Stadium in Cleveland. 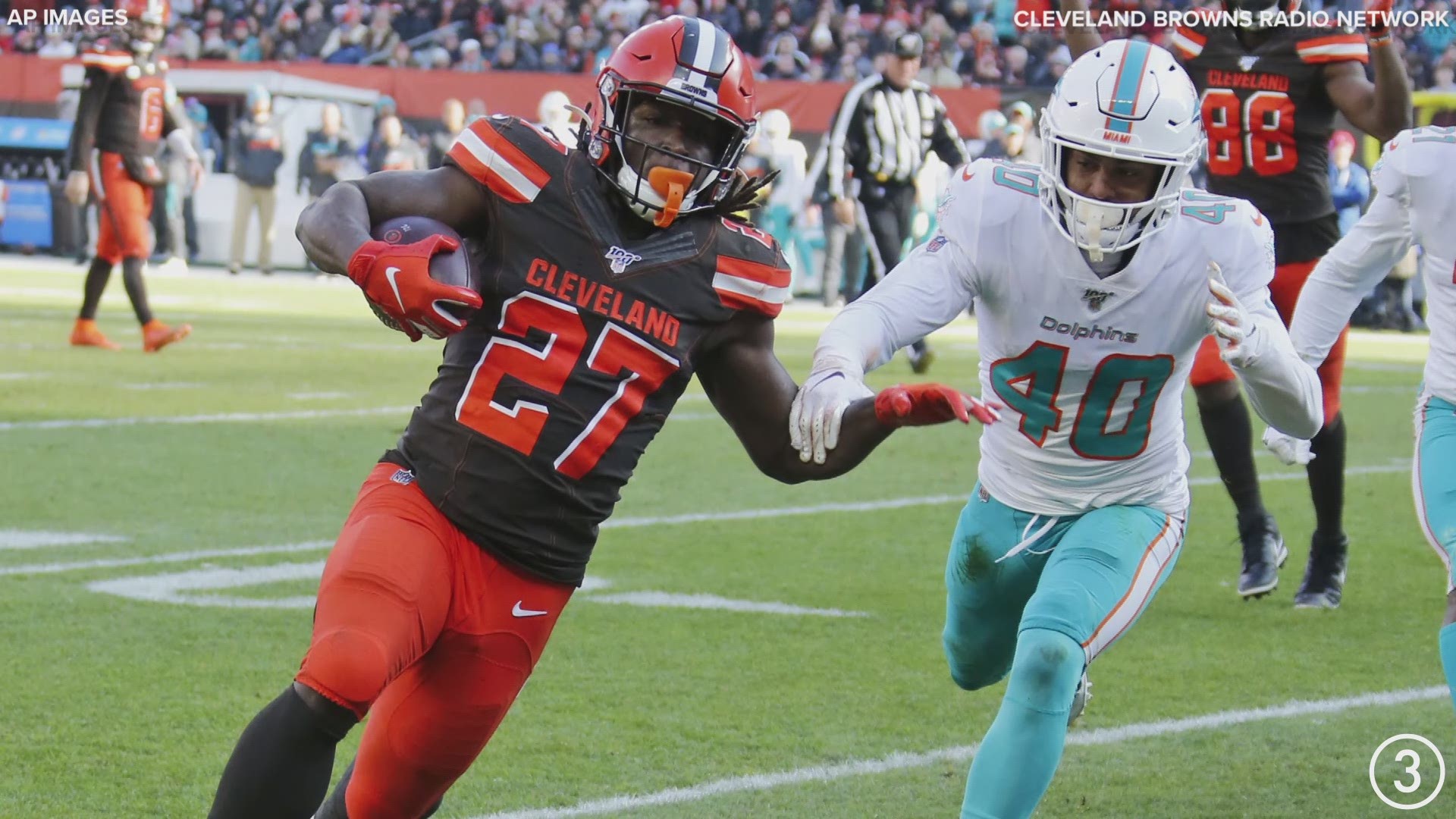 CLEVELAND — It had been more than a full calendar year since Cleveland Browns running back Kareem Hunt last scored a touchdown in a regular-season game in the National Football League, but that time has come to an end…and in front of the home fans no less.

After returning from an eight-game league-mandated suspension and going his first two games in orange and brown without a score, Hunt rushed for a six-yard touchdown and gave the Browns a 28-0 lead over the Miami Dolphins with 1:01 remaining in the second quarter of play at FirstEnergy Stadium in Cleveland.

Hunt’s touchdown run capped off a nine-play, 73-yard drive that took nearly five minutes off of the second-quarter clock after the defense gained possession by intercepting Miami quarterback Ryan Fitzpatrick on a third-down pass.

The Browns faced a first-and-goal from the Miami six-yard line after a booth review charged the Dolphins with defensive pass interference.

Browns quarterback Baker Mayfield took a snap under center JC Tretter and extended the handoff to Hunt. Behind a lead block from tight end Stephen Carlson, Hunt bounced the run outside to the right of the formation and hustled toward the goal line.

Hunt navigated inside the five-yard line without much contact and fought off a last-ditch tackle attempt from cornerback Nik Needham before breaking the plane of the end zone for the touchdown.

Hunt punctuated the touchdown run by jumping into the first row of seats along the front row nearest to the Browns’ tunnel to share the moment with the fans, and then, celebrated with his teammates before returning to the sideline and thanking those who cleared the way for the score.

In the first half against the Dolphins, Hunt ran for 22 yards and one touchdown on five carries and caught two passes for nine yards.