Cleveland native Steve Harvey took some shots at his hometown Browns during his opening monologue at the NFL Honors award show. 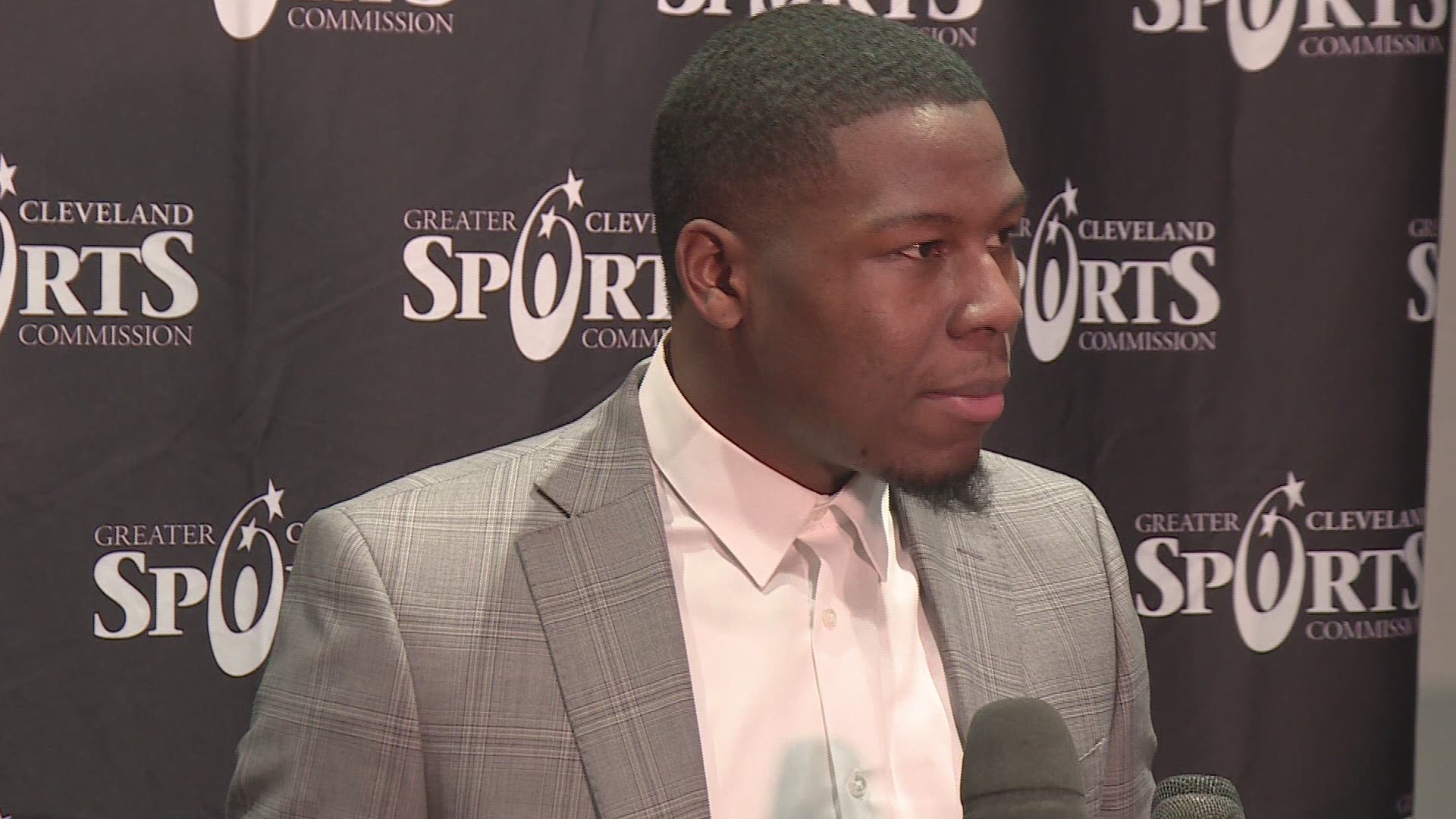 And it didn't take long for the Glenville High School grad to take aim at his hometown team.

In what marked the first joke of his opening monologue, Harvey noted that he was hosting the awards show for the second time in as many years. That, however, proved to just be the set up for a punchline, as he soon noted why it was rare for a Cleveland native to keep the same gig for more than one year.

"That's a big deal for a Cleveland boy to make it back twice," Harvey said as the camera showed Browns running back Nick Chubb and wide receiver Jarvis Landry in the audience. "Because unlike Cleveland coaches -- they don't normally make it to a second season."

The Browns, of course, fired first-year head coach Freddie Kitchens following a disappointing 6-10 season in 2019. But while Harvey's comment could understandably be perceived as a slight, he soon made it clear that he remains hopeful the Browns will bounce back in the coming year.

"I'm from Cleveland, I can do this. All these Cleveland jokes [are] mine," said Harvey. "I've been Cleveland my whole life. We're gonna be something one day. Jarvis, don't leave us. Odell [Beckham Jr.], don't leave us. Just stay with the Browns. Get me to the Promised Land one day -- in Jesus' name."

Following the firing of Kitchens, the Browns have hired former Minnesota Vikings offensive coordinator Kevin Stefanski as their new head coach. Earlier this week, the team also hired Andrew Berry as their new vice president of football operations and general manager after mutually parting ways with general manager John Dorsey at the end of the year.