"[We] did not see the success or opportunities for improvement to move forward with him as our head coach." 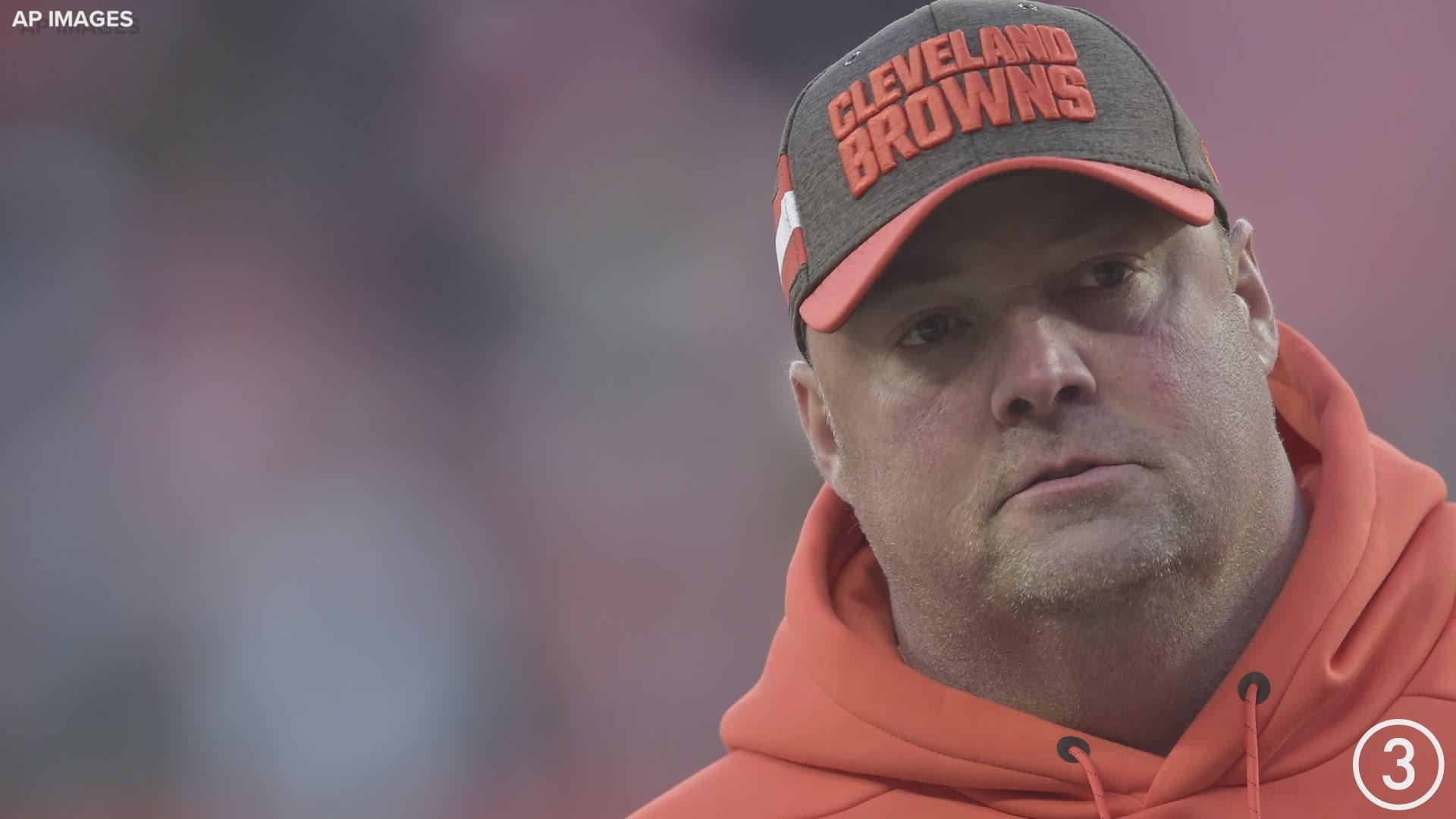 CLEVELAND — The Freddie Kitchens era with the Cleveland Browns was a short-lived one.

Kitchens, the Browns’ first-year head coach, was relieved of his coaching duties following a 33-23 loss to the Cincinnati Bengals at Paul Brown Stadium in Cincinnati Sunday. ESPN's Adam Schefter and Chris Mortensen first reported the news before the team confirmed it minutes later.

Kitchens’ lone season at the helm of the Browns was anything but successful, as despite a roster bolstered with Pro Bowl-caliber skill players on offense and an edge rusher on defense, the team posted a 6-10 record.

Owners Dee and Jimmy Haslam released the following statement after the change was announced:

"We thank Freddie for his hard work and commitment to this organization but did not see the success or opportunities for improvement to move forward with him as our head coach. Our focus is on hiring an exceptional leader for this football team and we will take a comprehensive approach to this process. We are excited about the core players we have to build around and develop and we look forward to bringing in a strong head coach that will put this group of players in the best position to succeed."

"I would like to thank Freddie for his dedication and efforts this past season. We are disappointed in our results and feel a change is necessary. Freddie is a good man and good football coach. We wish he and his family nothing but success."

Kitchens is the Browns’ second coach to get relieved of his duties after just one season on the job under the Haslam ownership group. The other was Rob Chudzinski, who was dismissed after posting a 4-12 record in the 2013 season.

Like Chudzinski, Kitchens spent just 11 months on the job after being hired in January.

Discipline and turnovers derailed the Browns’ once-promising hopes to break the National Football League’s longest playoff drought, which now stands at 17 consecutive years dating back to the 2003 season.

The Browns officially were eliminated from postseason contention with their 31-15 loss to the AFC North Division champion Baltimore Ravens at FirstEnergy Stadium in Cleveland Sunday, a game that allowed Baltimore to clinch home-field advantage for as long as they remain in the playoffs.

The Browns (6-10) last qualified for postseason play during the 2002 season and have the longest active playoff drought in the National Football League.

In addition to missing the playoffs for the 17th straight time, the Browns will finish the 2019 season with a sub .500 record for the 12th consecutive year. The Browns last finished above .500 when they had a 10-6 record in 2007.

Through the first seven games of the season, the Browns collected 70 enforced penalties for 591 lost yards. The Browns have averaged 10 penalties per outing, which started with 18 infractions in the season-opening loss to the Tennessee Titans.

That average did not get much better over the second half of the season, as the Browns entered their regular-season finale tied with the Oakland  Raiders for the third-most penalties in the league (118), which was behind only the Jacksonville Jaguars (129) and Tampa Bay Buccaneers (121).

Then, there was the mismanagement of star players, like wide receivers Odell Beckham Jr. and Jarvis Landry.

Beckham Jr. had just one touchdown over the first eight games, as did Landry, who caught his first scoring pass in the Browns’ Week 9 loss to the Denver Broncos at Empower Field in Denver.

Now, the Browns will begin their latest coaching search, which will be the fifth since the Haslams purchased a controlling stake in the team during the 2012 season. The next person hired will be the Browns’ 18th full-time head coach.

It will be the Browns’ 10th full-time head coaching hire since they returned to the NFL in 1999 after a three-year hiatus following the original team’s move to Baltimore to become the Ravens.

RELATED: Mike McCarthy the betting favorite to be next Browns head coach