According to ESPN's Adam Schefter, Baylor head coach Matt Rhule has declined an interview with the Cleveland Browns. 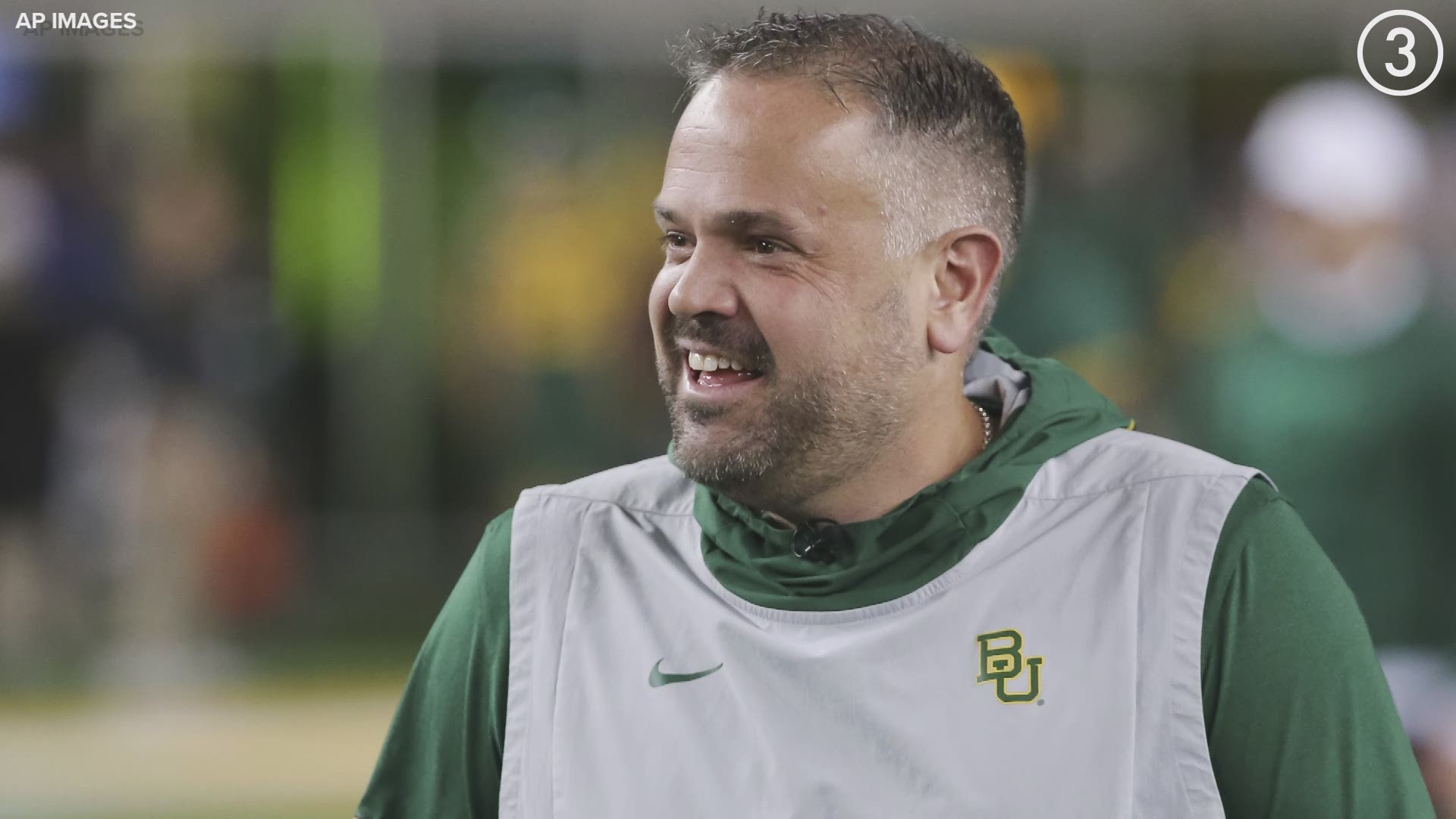 CLEVELAND — As the Cleveland Browns' schedule fills up with interviews for their upcoming coaching search, one potential candidate has declined to participate.

According to ESPN's Adam Schefter, Baylor head coach Matt Rhule has declined an interview invitation from the Browns, but will remain a leading candidate for both the New York Giants and Carolina Panthers' head coaching vacancies.

Despite having spent the bulk of his coaching career in the college ranks, Rhule has recently been considered an attractive candidate to make the jump to the pro level. Last offseason, he was a candidate for the New York Jets' head coaching opening, which was ultimately filled by Adam Gase.

The 44-year-old has been responsible for two of the more impressive college football turnarounds in recent memory.

RELATED: Watch again | Who will replace Freddie Kitchens, and the best places to spend New Year's Eve in Cleveland on 3News Now with Stephanie Haney on Dec. 30