Browns' Myles Garrett suspended for at least remainder of 2019 season

The NFL announced on Friday that Cleveland Browns defensive end Myles Garrett has been suspended for at least the remainder of the 2019 season. 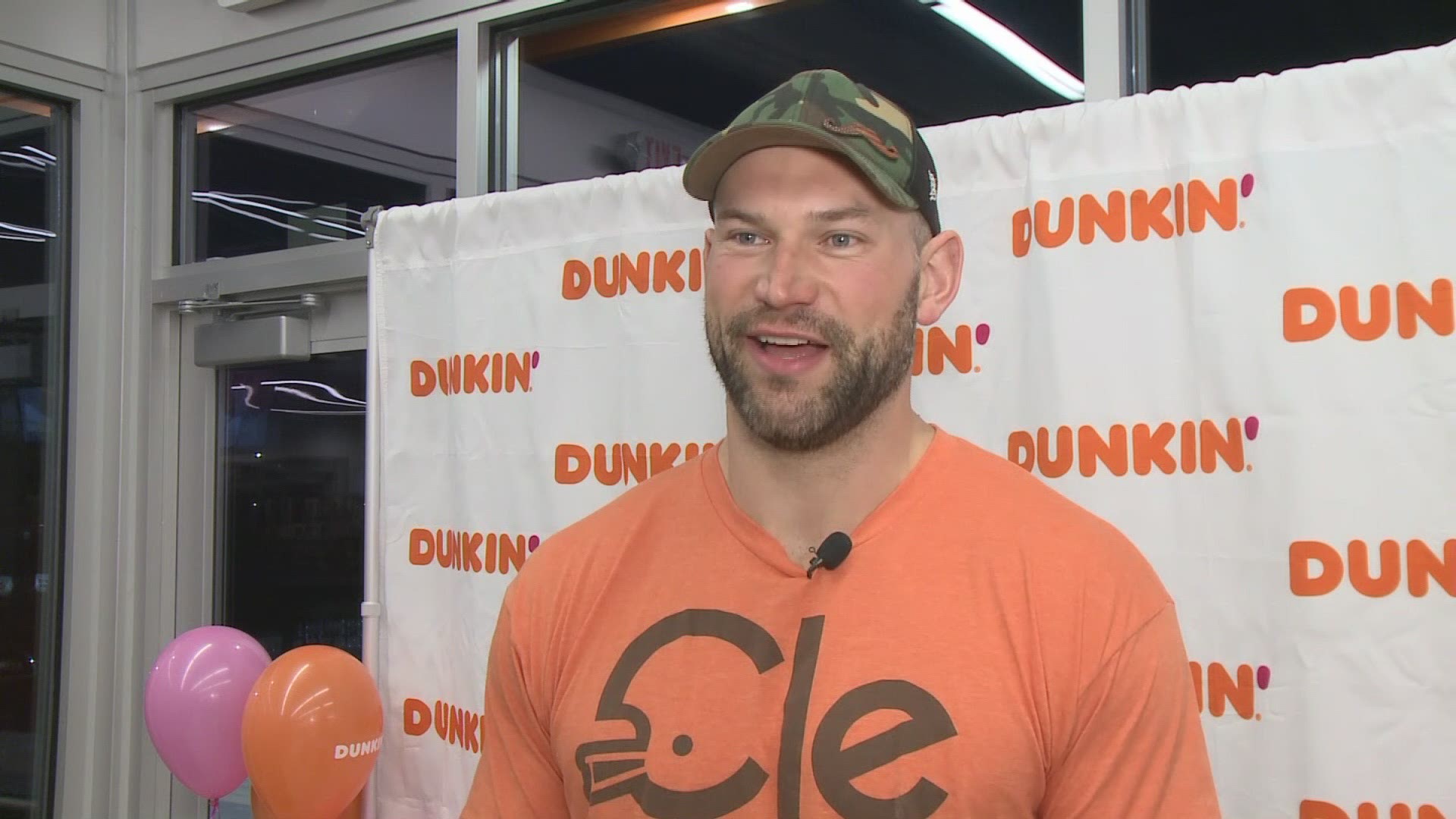 CLEVELAND — Hours after Myles Garrett was ejected for striking Pittsburgh Steelers quarterback Mason Rudolph in the head with a helmet, the NFL announced that the Cleveland Browns defensive end has been suspended without pay indefinitely -- at least for the remainder of the 2019 regular season and postseason.

Garrett will also be required to meet with NFL's commissioner's office prior to a decision on his reinstatement.

Additionally, Browns defensive tackle Larry Ogunjobi has been suspended one game and Pittsburgh Steelers offensive lineman Maurkice Pouncey has been suspended three games for their roles in the brawl. Both teams were also fined $250,000.

The NFL said that sanctions for other players involved could be announced in the coming days.

The punishments handed out on Friday came as the result of a brawl that occurred in the closing seconds of the Browns' 21-7 win over the Steelers on Thursday. After Rudolph dropped back for a pass attempt, Garrett tackled him to the ground, where the two became entangled. As the two rose up, the fight only escalated, with Garrett ripping off Rudolph's helmet and swinging it -- and connecting with -- the Steelers quarterback's head.

Pouncey then tackled Garrett to the ground and repeatedly kicked him, while Ogunjobi shoved Rudolph to the ground from behind. Garrett, Ogunjobi and Pouncey were all ejected from the contest.

Speaking to reporters after the game, Garrett expressed remorse for his actions.

"I made a mistake and I lost my cool and I regret it," Garrett said. "It's going to come back to hurt our team, the guys who jumped in the scrum. I appreciate my team having my back, but it shouldn't have ever gotten to that point. That's on me."

Shortly after the punishments on Friday were announced, Browns owners Dee and Jimmy Haslam issued the following statement:

“We are extremely disappointed in what transpired last evening at the end of our game. There is no place for that in football and that is not reflective of the core values we strive for as an organization. We sincerely apologize to Mason Rudolph and the Pittsburgh Steelers. Myles Garrett has been a good teammate and member of our organization and community for the last three years but his actions last night were completely unacceptable. We understand the consequences from the league for his actions.”

RELATED: Reaction to Myles Garrett ripping off Mason Rudolph's helmet and hitting him in the head with it on today's Lunch Break with Jay Crawford

RELATED: If Myles Garrett’s season is over, he can appeal but he really can’t complain: Bud Shaw’s Sports Spin

RELATED: ‘It feels like we lost.’ Cleveland Browns’ victory against Pittsburgh Steelers overshadowed by melee

RELATED: Myles Garrett on Mason Rudolph fight: 'I made a mistake'

RELATED: How long will Myles Garrett's suspension be?

RELATED: 'It’ll be a soap opera' | Baker Mayfield says Cleveland Browns locker room has to come together to keep season from spiraling after Thursday's melee

RELATED: The Cleveland Browns won a game & lost their heads in the process—Bud Shaw’s Sports Spin