Jim Donovan: Having next head coach of Cleveland Browns pick the general manager would be 'tricky'

According to ESPN's Adam Schefter, the Browns front office situation is 'fluid.' 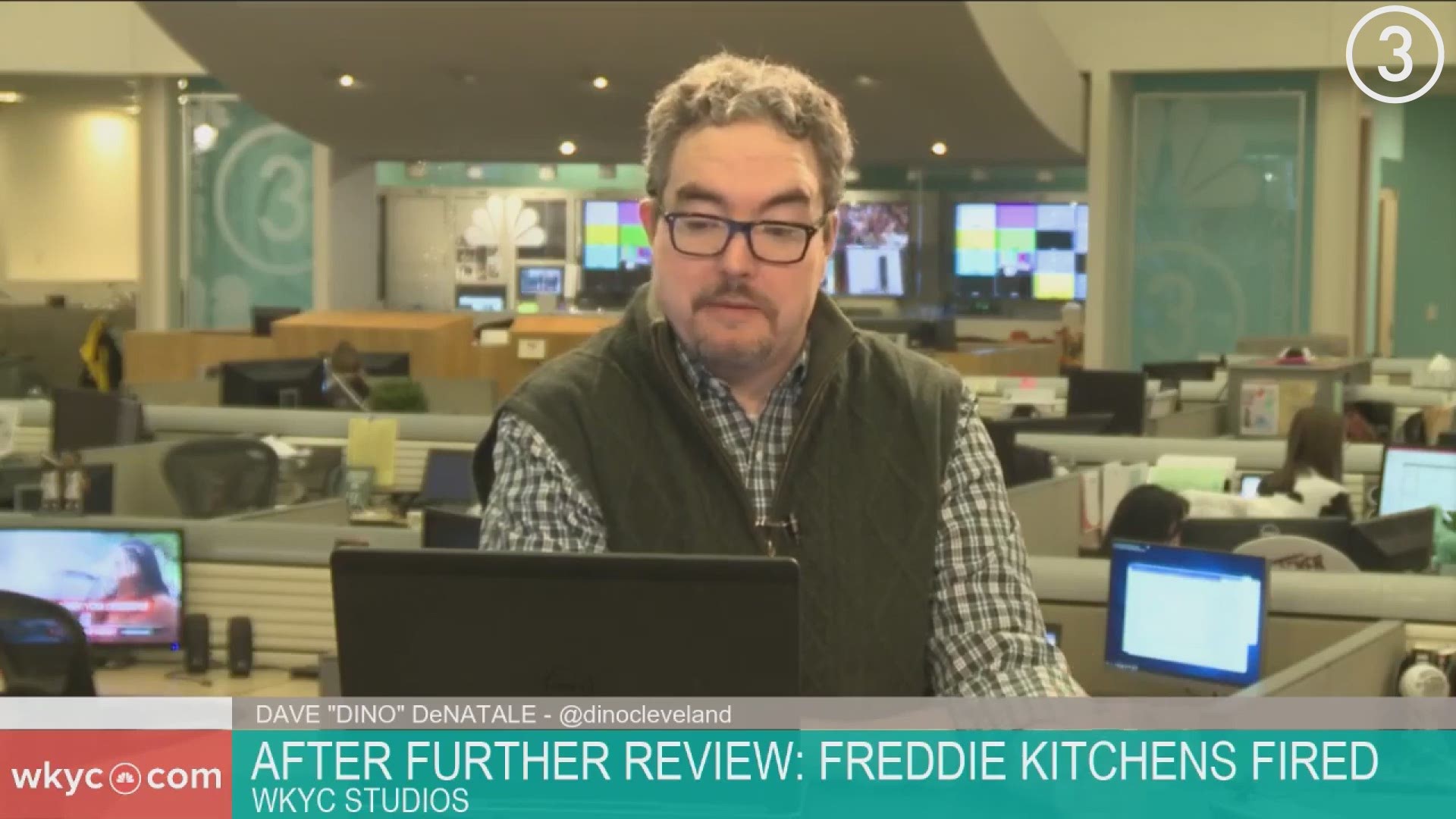 CLEVELAND — As the Cleveland Browns begin their search for a new head coach, there is still a question as to the future of John Dorsey as the team's general manager moving forward.

It seemed that Dorsey's job was secure when he sent out a statement alongside the Browns' announcement of the firing of Freddie Kitchens on Sunday night. However, a tweet on Monday from ESPN NFL Insider Adam Schefter seems to indicate that things are far from decided.

"The Giants and Browns, who have fired their head coaches within the past 24 hours, still could be making more changes, per league sources," Schefter tweeted on Monday. "The new head coach in each city is expected to have input on whether the general managers there stay or go. Front office situations fluid."

What does this mean as the Browns begin their search for a coach? We asked Jim Donovan for his thoughts during Monday's 'After Further Review.' (You can watch the clip above)

"He (Dorsey) had described his relations with ownership as 'rock-solid' and in-step with each other before the Browns and Bengals kicked off," Jimmy told me. "The thing you wonder is that does this throw a light on Urban Meyer. He's a guy would probably command a great deal of power coming in as a head coach-slash something else because he's so used to controlling everything as the CEO of these big college programs. So that's an interesting twist."

Meyer would be the kind of 'splash' candidate that owners Jimmy and Dee Haslam would seem to gravitate toward. Prior to the Browns-Ravens game on December 22, CBS' Jason LaCanfora reported that if there would be a coaching vacancy in Cleveland, Meyer could emerge as a top target. LaCanfora wrote the following:

"Jimmy Haslam has a very strong bond with Meyer, the sources said, and the two have long been confidants. Meyer has often shared inside information on his Ohio State players with the owner in the past -- with the owner privileged to player reports and potential red flags that most if not all teams close to that program were not aware of. It was not uncommon at all for the men to be in conversation and act as a sounding board for one another, and Meyer has a unique cache in Ohio based on his successful stint with the Buckeyes."

Another possibility in the scenario laid out by Adam Schefter would be a coaching candidate such as Josh McDaniels, who would bring in his own personnel executive to work alongside of. McDaniels, the current offensive coordinator of the Patriots is close to New England personnel executive Nick Casario. The duo played college football together locally at John Carroll University.

Could there also be an expanded role for Browns Chief Strategy Officer Paul DePodesta? Robinson tweeted the following on Sunday after Kitchens was fired:

Could DePodesta have a louder voice in what happens in Berea? Only time will tell.

You can see the entire 'After Further Review' from Monday in the player below: