JIMMY'S TAKE: As Cleveland Browns move on from John Dorsey, 'lack of stability' could be a problem in search for new coach

'As potential candidates look at the team, they see an unsettling situation inside the organization.' 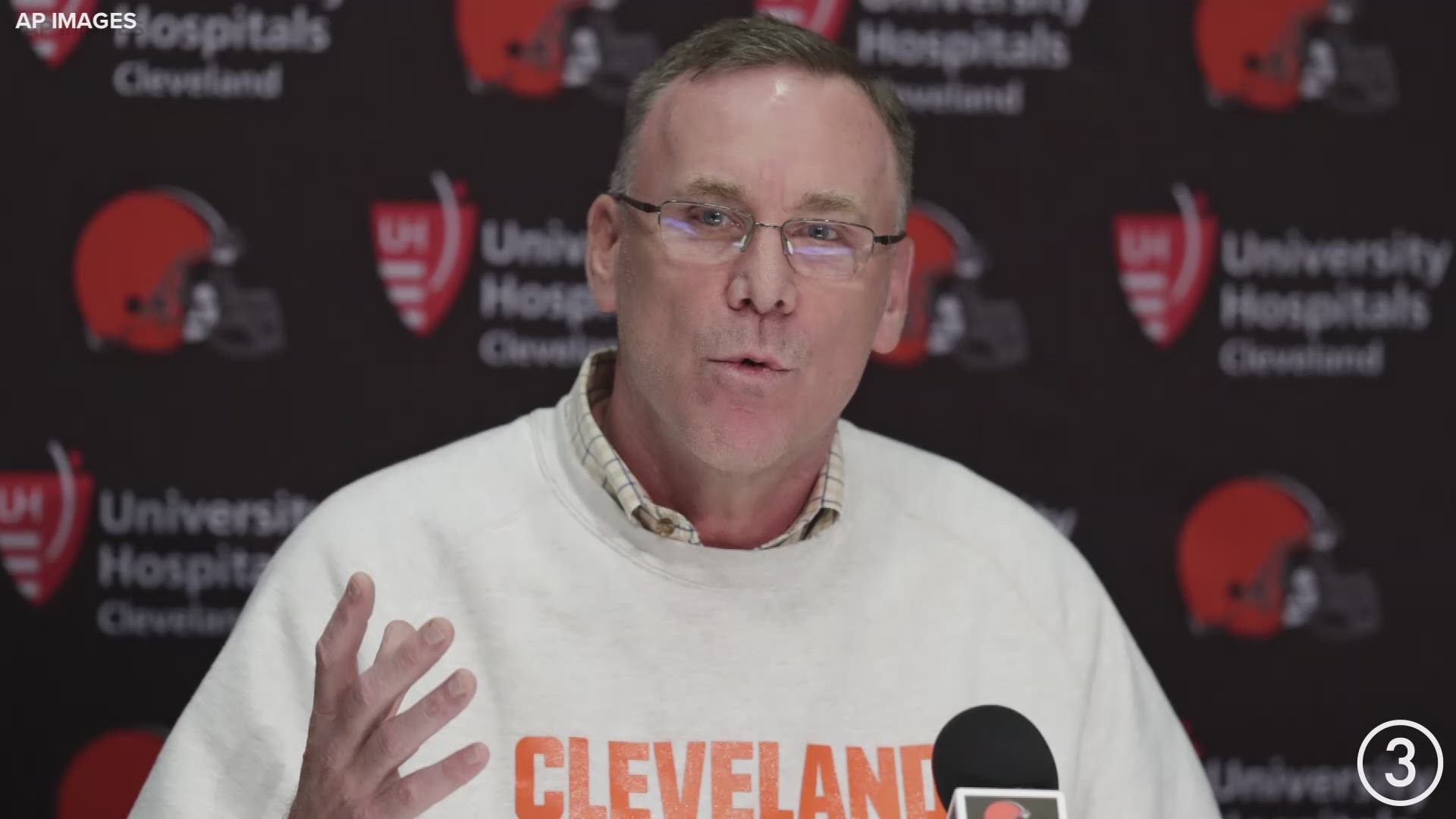 CLEVELAND — John Dorsey always called the decision to hire the new head coach of the Cleveland Browns the most important decision of his career.

He said every night after Hue Jackson had been fired in 2018, he would drive home from Berea to the east side, and the pressure would build up on him to make sure that he made the right choice. It was that big a decision.

That decision, obviously, was Freddie Kitchens. That decision blew up on Kitchens, and now it's blown up on John Dorsey, too.

Today's news of Dorsey's departure signals a big change inside the Browns organization. Obviously, another house cleaning, and a very unsettling time at a very competitive time in the NFL offseason.

The Browns aren't the only team looking for a new head coach, and the lack of stability is a problem. As potential candidates look at the team, they see an unsettling situation inside the organization.

But there's also a new trend going on right now in the NFL, and that is that a head coach joining a new team looks and says, "If I'm going to coach the team, I want to have a lot of say about the team, and I want to have people beside me that I hand-select to make sure we're in-step." That became, I think, a stumbling block for John Dorsey.

Credit: Matt Florjancic
General manager John Dorsey felt the compensation ask from other teams was too high for the Cleveland Browns to trade back into the first round.

With the team reportedly seeking someone like Josh McDaniels of the New England Patroits, someone like him is going to have a lieutenant alongside of him. Therefore, a guy like John Dorsey in the position he was would become a road block to making clear and fluent choices regarding a head coaching candidate. I think that's where the problem arose in the wake of the firing of Freddie Kitchens, and Browns ownership not being pleased at all with what happened this past season.

It was a turbulent, fracas, chaotic situation with the Browns, and ownership saw it spill out onto the field. Kitchens wasn't going to be the only fall guy; Dorsey was going to have to answer for it too, and I think John at the very most was going to get a lesser role inside the organization. So, it was time to cut ties, for him and for the team.

Now, the big question: Who is going to be in charge, and what head coaching candidate is going to be attracted to this position under the current state of affairs inside the Browns organization?