NFL Commissioner Roger Goodell wants a Buffalo Bills stadium that is competitive with others around the league. 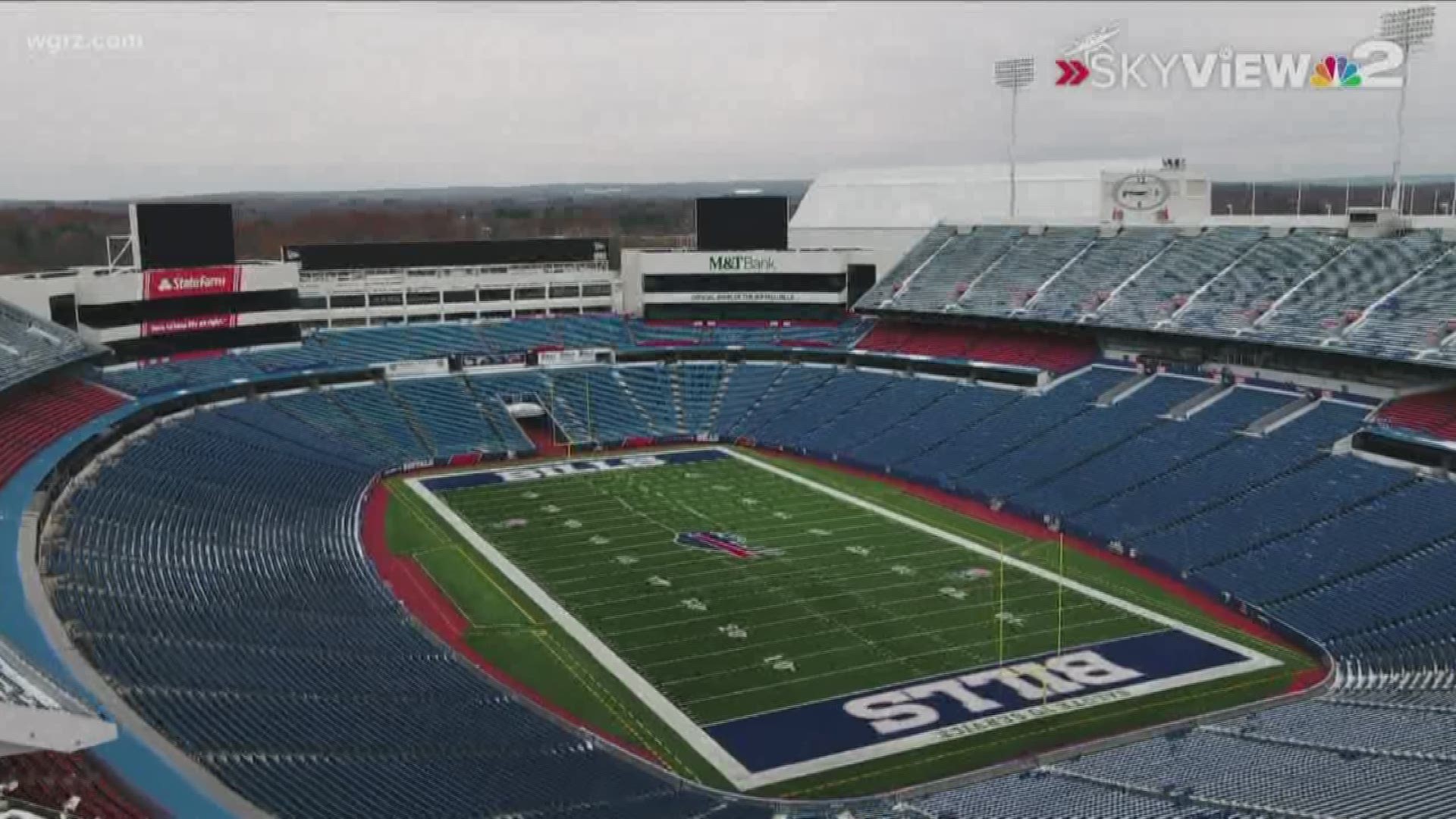 BUFFALO, N.Y. — Speaking in Miami on Wednesday, NFL Commissioner Roger Goodell was asked by Buffalo News Reporter Vic Carucci about stadium options for the Bills, whether to build a new stadium or renovate New Era Field, and if the league had a position on what should happen.

Goodell said, "We all want the Buffalo Bills to continue to be in Buffalo, to be successful. A stadium that is going to be competitive with other stadiums around the league is going to be important in that context, and I think everyone is committed to that, whether it's a new significant renovation or whether it's a completely new facility in a new location. Those are the things that I think the group has to settle collectively and address over the next several months, if not sooner."

On Friday, Erie County Executive Mark Poloncarz tweeted out a letter "confirming (the Bills) will not early terminate the lease," for New Era Field, meaning they will remain in Orchard Park through 2023.

When Terry and Kim Pegula purchased the Buffalo Bills back in 2014, there was the expectation from the NFL and others that they would deal with the ongoing stadium issue in a very significant way.

New Era Field received $130 million in upgrades as part of the new stadium lease deal back in 2013, but that was considered a short-term solution to a long-term problem.

At the time, Goodell said that other stadiums around the league should be a signal to the Bills.

"A stadium is going to maintain the kind of fan base that's going to keep the team competitive and allow us to be successful in that market," Goodell said. "And that's exactly why we're focusing on it here in this market, as well as we have (in) every other market."

The team conducted a fan survey but the results of the survey have not been released publicly.