'Who boos a call for togetherness?' | Reese's Final Thought

The league opened with gestures of a push for racial equality. Gestures met with boos. Why? 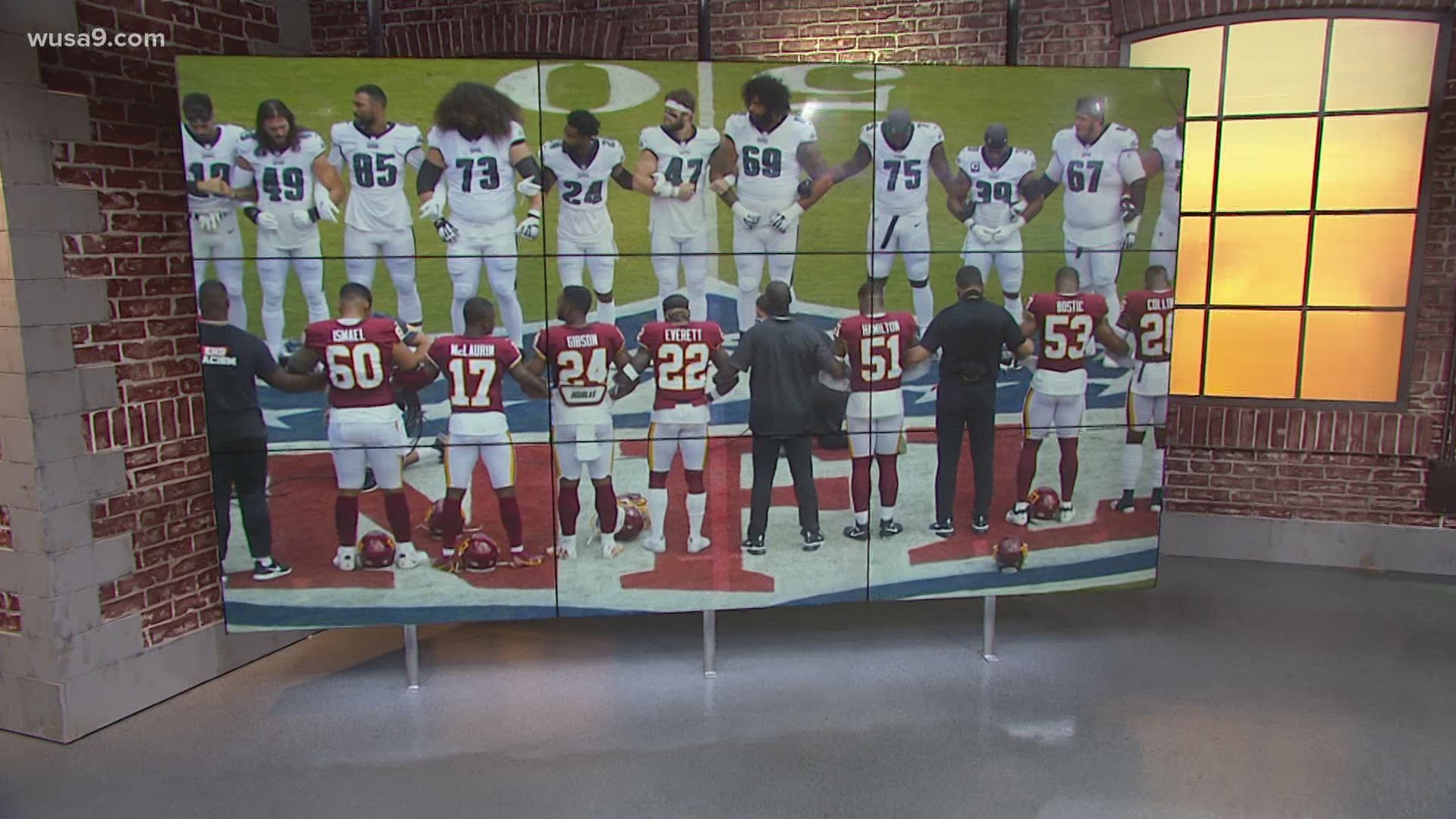 WASHINGTON — The NFL has returned and, as promised, league-wide gestures geared toward promoting social justice and healing the racial divide in our country were prominent.

The organization, on its face now committed to the cause championed by Colin Kaepernick, has encouraged players and coaches to find their voices and use them in helping to advance our society in a positive direction.

What a difference four years have made.

While NFL executives, team owners and most Americans have seemingly had a change of hearts and minds, there are still those who are resistant to change, as we heard Thursday night before the season opener. That was when the Kansas City Chiefs and the Houston Texans took the field together, players locking arms in a show of unity. A united front met with a chorus of boos.

Who boos a call for togetherness? Only those who oppose healing the wounds from which this country suffers.

The players weren’t wagging a finger in the face of America. On the contrary, to reach minds, they took the least divisive action they could. So, what were the boos for?  Why were they met with intolerance? Because they had the temerity to ask that American’s view each other as equals? To realize that an injustice done to one impacts all?

One of the reasons given by commentators and pundits was that fans just want to see the game. They want politics kept out of sport. How many of those same fans stand and clap whenever military personnel are brought out onto the field? It's a move largely to promote recruitment, by the way. Or chant "USA" every four years during the Olympics? Those are political statements. Pleas for human rights are not, at least not until politicians made them so.

Sports have always served as a catalyst for social change in the greater society. It has been athletes, our heroes, that have been the bridges.

Jack Johnson, Paul Roberson, Billie Jean King, Jackie Robinson, and Pee Wee Reese. The list of men and women who have used sport as a platform to unite and advance the culture is long, and thankfully, growing.

We have quite a way to go as a country. The NFL still has a way to go. Both Colin Kaepernick and Eric Reid are now sitting out of a game they should be playing, even as the league uses their images to promote the cause. A bit hypocritical, but bridges are being built.

Let’s hope they are strong and lasting, so we can walk them together.

VERIFY: Can Dan Snyder lose ownership of his team based on current NFL bylaws? https://t.co/cjTB01R38q

RELATED: Jaguars will remain in locker room for both anthems prior to kick-off against the Colts

RELATED: WNBA jerseys to include names of women who died from violence, brutality