Larry Scott takes over the reigns of Howard’s football program. 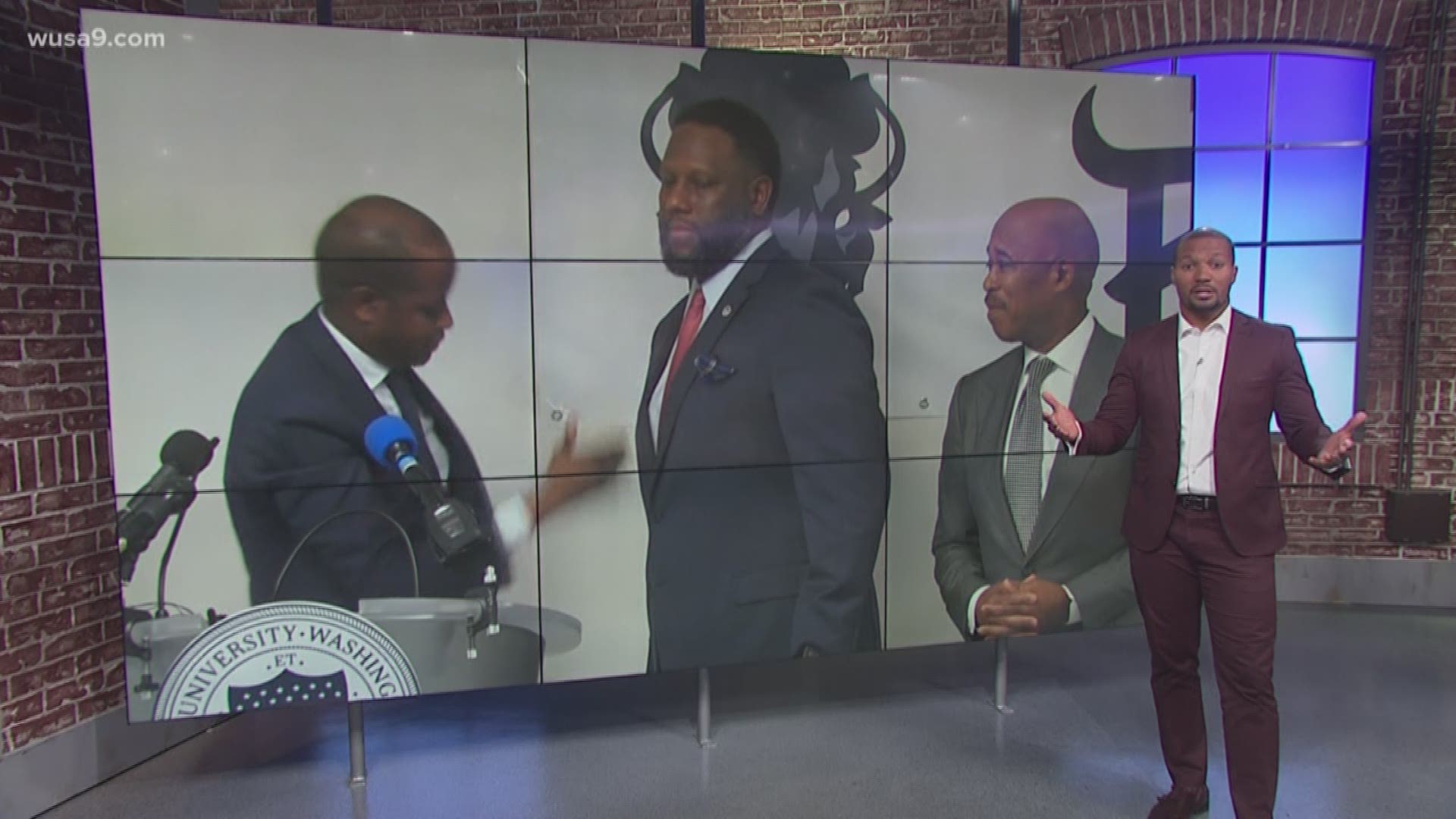 Scott comes to Howard after spending the last four seasons as an assistant coach in the SEC with stints at Tennessee and most recently Florida.

Before coaching at Tennessee, Larry Scott was an assistant at Miami for three seasons which included a six-game stint as the Hurricanes’ interim head coach in 2015.

Coach Scott’s landing with the Bison comes as somewhat of a surprise. Florida head coach Dan Mullen told reporters that Larry Scott had been in the mix for other jobs before.

But for Scott, Howard is the perfect school to be at.

“Why not Howard,” said the new head coach of the Bison. “The great tradition academically. The opportunity to take this football program, be a part of the athletic community as a whole, and push that brand up to the top where we match the academics. We talked about wanting to make Howard one of those universities that are synonymous with the universities that have high academic standards, but also play and raise the level of athletics to a level too. We want to have great balance, and when people say the word Howard they’ll be like ‘Wow they’re excellent in everything.’”

Howard will be Larry Scott’s first opportunity to be a full-time head coach at any level, and the new leader of the Bison got emotional when talking about what it means to be a coach.

“It’s one of the most awesome things that a young man can experience in his life,” said Scott during his introductory press conference. “To have another man wrap his arms around you and tell you he loves you. Having the opportunity to be called coach, and to call yourself a coach, I think is one of biggest responsibilities that a man can have. When a young man acknowledges you as coach he’s not just giving you a name, he’s allowing you in to impact his life. What a great responsibility that is.”