After night of celebration, students return to normalcy. 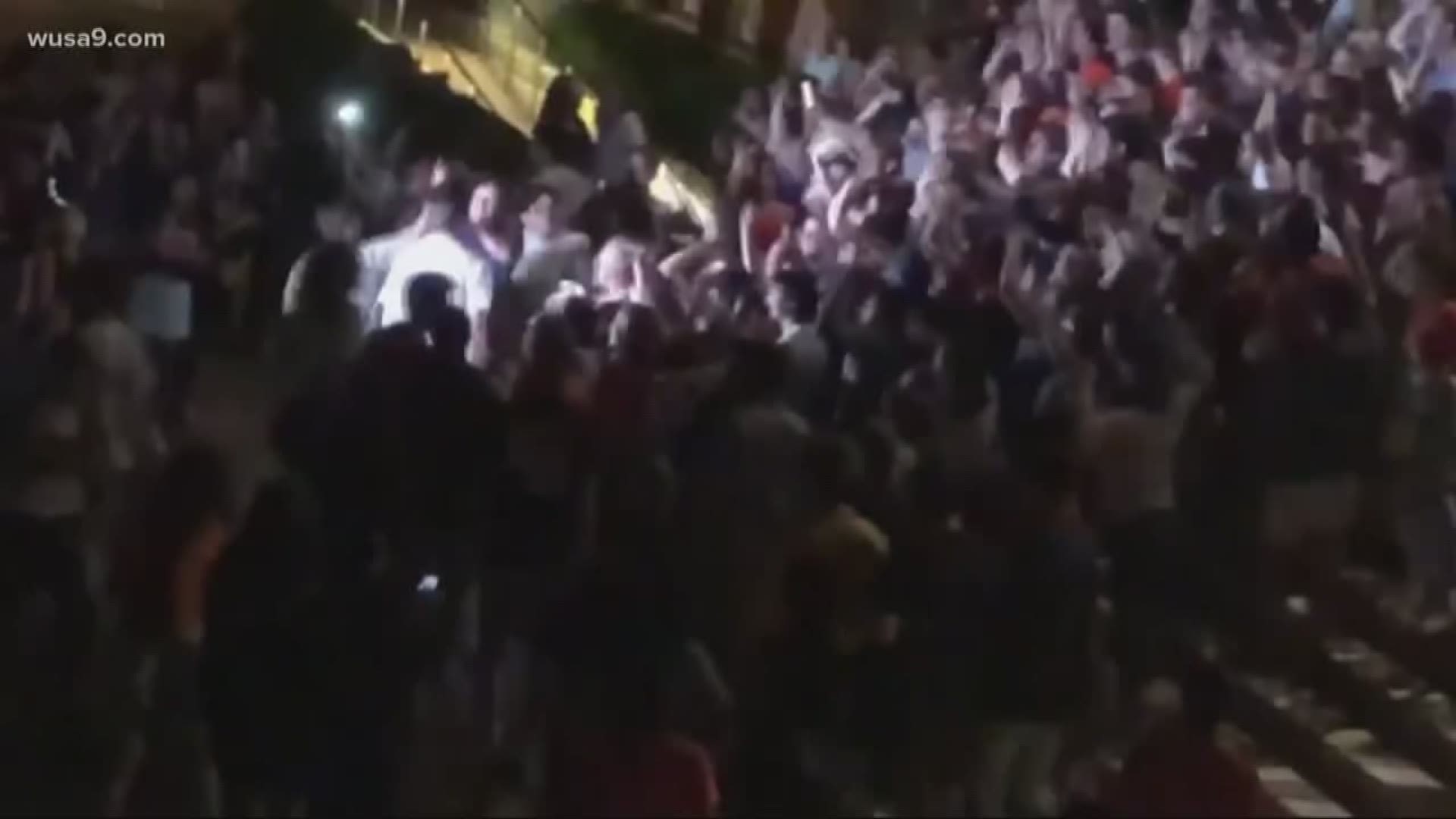 Thousands of students celebrated on the lawn, and in the streets in Charlottesville after Monday's national championship game ended.

A common word students used to describe the partying, insane.

"It was actually insane," said one student. "People were everywhere. There were like 100 people streaking at one time."

"There were people climbing the trees on the lawn," added another student. "But then also all down the corner. Any tree that you could find, any elevated surface."

For one reveler, his tent did not survive the night.

"It's so broken, I have no idea," said the student. "We woke up this morning, how does a tent leg get like that?"

The day after the game, Virginia planned to have classes as normal. That plan didn't work out so well.

"My classes were cancelled today," said one student.

When one student was asked if she went to class today, her response was "absolutely not."

For those who didn't go to their classes, it was worth it to celebrate a basketball championship.

It's the first in the 114 year history of the program.