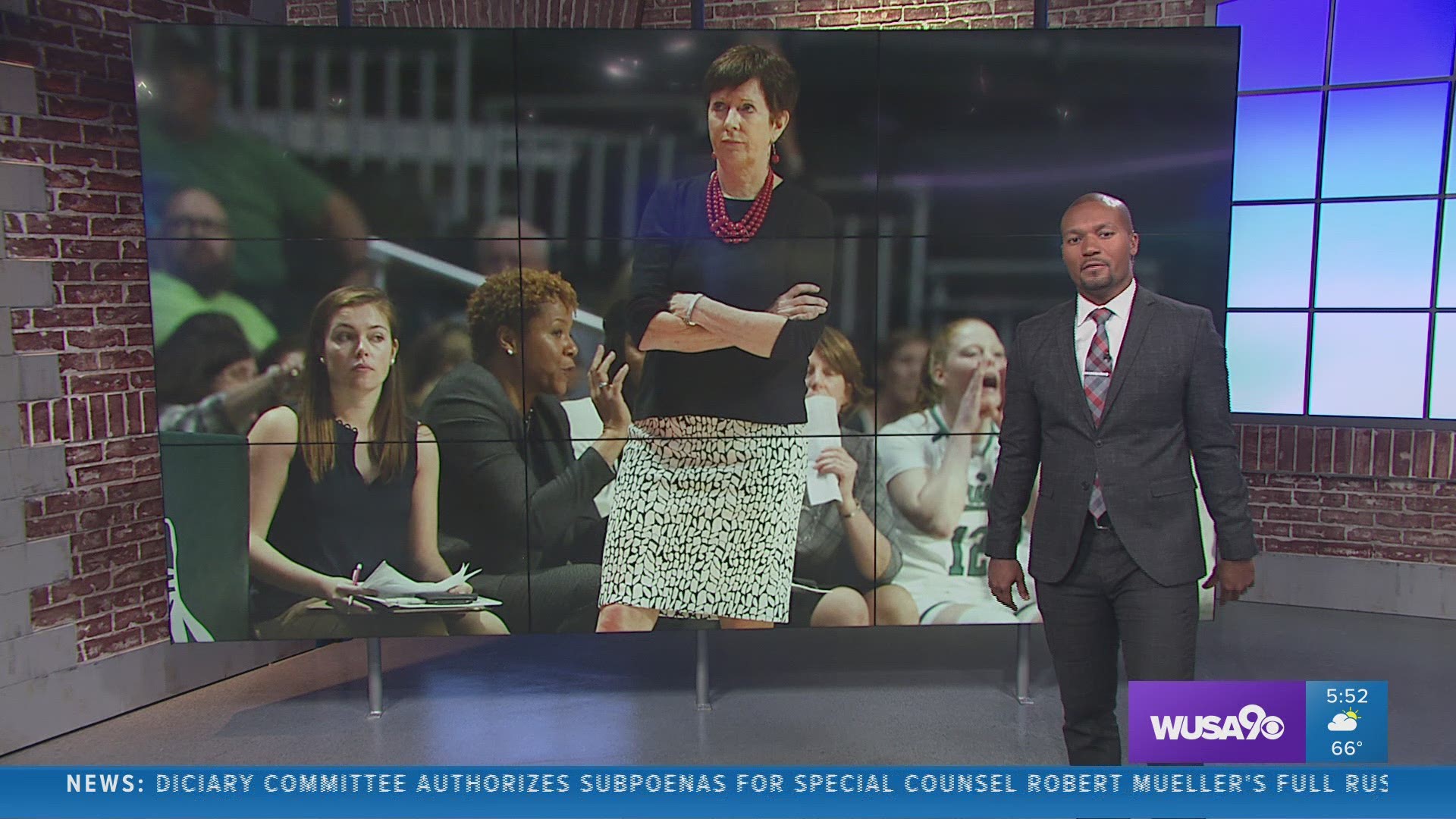 Thursday, at the Women's Final Four, was no different.

A reporter asked McGraw how seriously she takes being the voice for women's equality in college basketball.

"Did you know that the Equal Rights Amendment was introduced in 1967 and still hasn't passed? We need 38 states to agree that discrimination on the basis of sex is unconstitutional. We've had a record number of women running for office and winning, and still we have 23 percent of the House and 25 percent of the Senate.

Men run the world. Men have the power. Men make the decisions. It's always the men that is the stronger one. And when these girls are coming up, who are they looking up to to tell them that that's not the way it has to be? And where better to do that than in sports? All these millions of girls who play sports across the country, they could come out every day, and we're teaching them some great things about life skills. But wouldn't it be great if we could teach them to watch how women lead? This is the path for you to take, to get to the point where, in this country, we have 50 percent of women in power. Right now, less than 5 percent of women are CEOs in Fortune 500 companies.