K.J. Maura and UMBC: One year after the upset 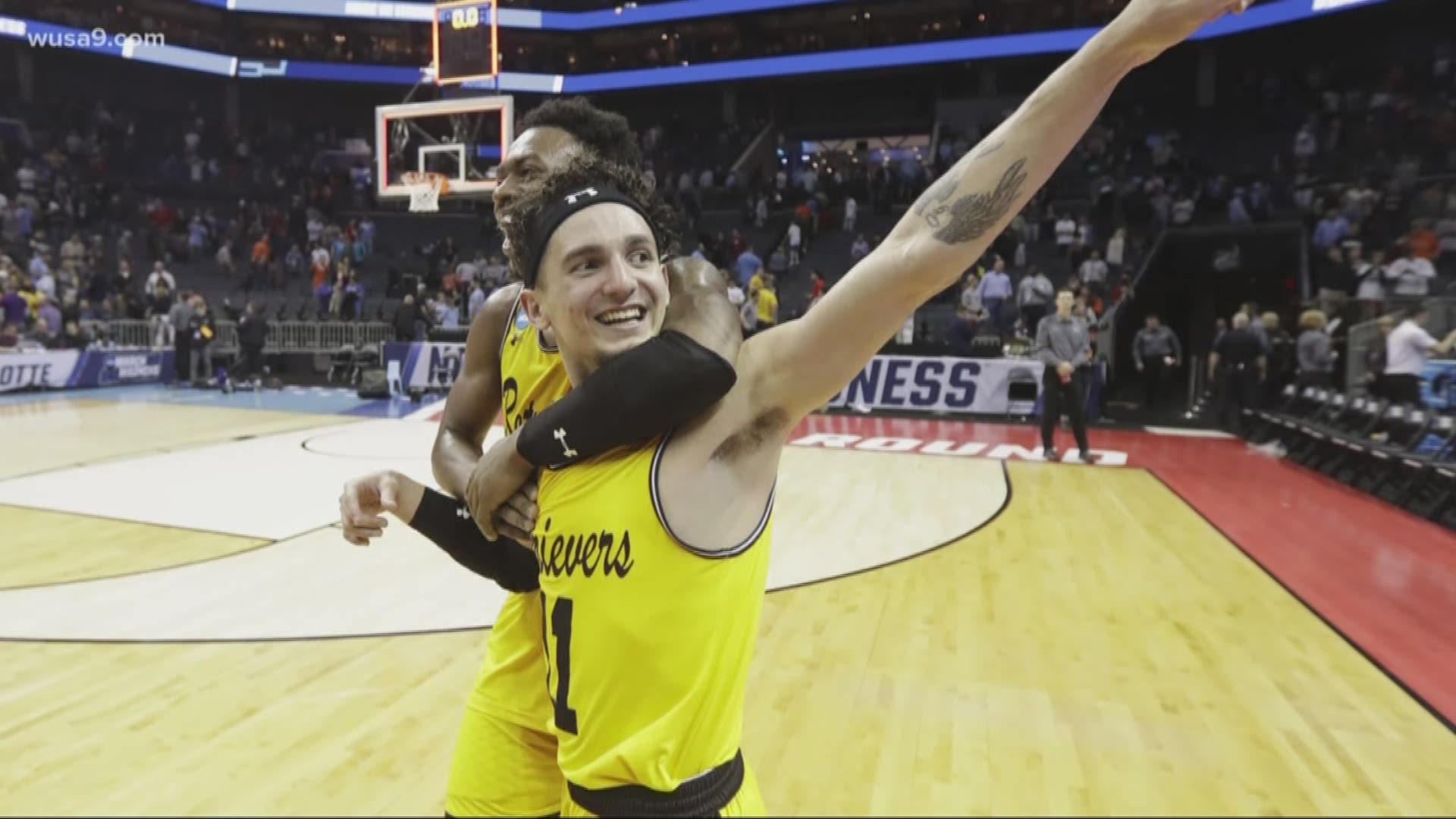 WASHINGTON — For the first time since ever, Virginia’s men’s basketball team has reached the National Championship Game. However, even a victory over Texas Tech on Monday night will not erase the memory of their historic defeat just over one year ago.

On March 16, 2018, Virginia became the first No. 1 seed to lose in the first round of the NCAA Men’s Division I Basketball Tournament since the competition expanded to 64 teams in 1985, as 16-seed UMBC sprinted their way to a stunning 74-54 victory.

“It was a dream we couldn’t even imagine and for Virginia, it was probably their worst nightmare,” former UMBC guard K.J. Maura said.

Virginia entered the game as 20.5-point favorites, but were run out of the building in the second half. After the teams played to a 21-21 tie in the first 20 minutes, the Retrievers trounced the Cavaliers 53-33 in the final 20, much to the shock of the entire sports world.

Maura was fresh off helping the Retrievers win the America East Conference championship, capping off an excellent season in which he was named the America East Defensive Player of the Year and earned third-team all-conference honors.

Against Virginia, he finished with 11 points, three rebounds and three assists. He played all 40 minutes, while fellow senior Jairus Lyles – now a member of the Utah Jazz organization – scored a game-high 28 points in 39 minutes on the floor.

Maura’s UMBC career came to end in the second round of the 2018 tournament, when the Retrievers were eliminated by future regional finalists Kansas State. Since then, he has returned to his home island of Puerto Rico where he plays professional basketball for Santeros de Aguada.

Since that fateful night in Charlotte, North Carolina’s Spectrum Center, Maura has kept an eye on the college basketball narrative and has high expectations for the powerhouse he and UMBC conquered last March – even against his high school teammate and roommate Brandon Francis.

“When I saw the bracket, I picked Virginia to win honestly,” Maura said. “…I think they have the best team to be honest.”